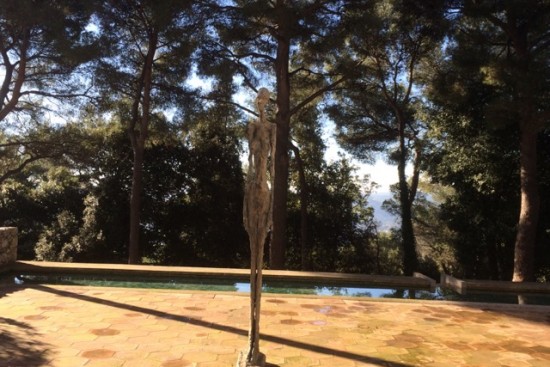 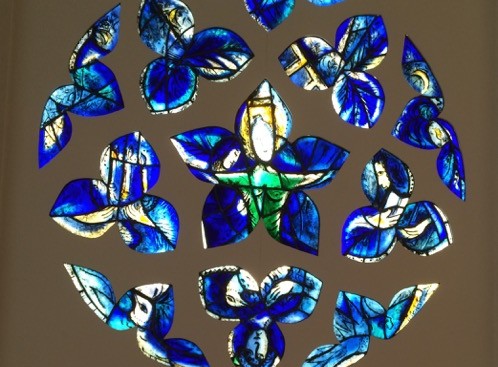 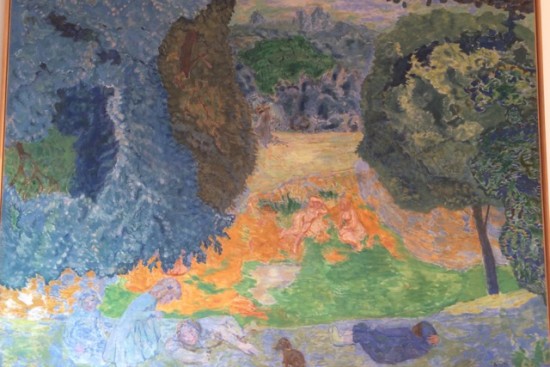 L’Institut de Français is proud of its French heritage and culture, arranging a number of optional excursions to enhance the language-learning experience outside of the classroom setting. It is a win-win situation, set in the jewel that is Villefranche-sur-Mer quieter than her neighbouring cousin Nice, yet easily accessible just five miles away. I was spoilt for choice: Cannes, Grasse, Menton, and Saint Paul de Vence all tempted me for a myriad of reasons, yet the cultural immersion commenced in Villefranche-sur-Mer herself.

I met our group outside the charming Office du Tourisme having descended at least ninety-nine steps from my apartment set high up on le col. A gentle saunter took us into la vielle ville, which has been quietly hibernating in the sun since its inception in the 14th century. The narrow cobbled passageways and quirkiness of the buildings simply oozed charm. No thronging crowds to contend with, just my fellow peers all absorbing the atmosphere of la rue obscure – a wide, vaulted thoroughfare, that once echoed to the steps of soldiers who defended this town. La citadelle still reigns majestic, canons in situ, sympathetically restored to accommodate the Town Hall, together with a number of free museums. The Volti museum includes works of voluptuous ladies in bronze, copper and terracotta, exhibited perfectly under the crumbling stone arches or in the garden outside. The week before Christmas the courtyard of La Citadelle is transformed to accommodate le Marché de Noel; pine trees dressed with baubles, snowflakes and twinkly lights entice you along a red carpet into the market. Local produce including wine, olive oil, paintings, homemade lavender-scented soap, and jewellery are displayed under small white marquees, with the alluring aroma of vin chaud teasing your nostrils.

Taking the bus into Nice is a synch, and does not break the bank. The pristine facades of hotels peeking from behind the palm trees along La Promenade des Anglais guarded the myriad of Niçoise streets behind. A month was barely time enough to discover all of the hidden gems in and around this old Greek city, so called after Nike, the Greek goddess of victory. I visited La Musée Chagall and was captivated by his vivid paintings of Old Testament stories and pencilled sketches he used in their preparation. His predominantly azure blue stained-glass windows depicting peace are thought-provoking and exquisite.

Afterwards there was time to sample a delicious pastry, and I found the perfect venue: Le Salon du Thé at Brasseries Georges. It was a step back into the Art Deco period of time. The venue is sophisticated, with plush soft pink chairs arranged beside pedestal tables, and macarons aligned behind glass counters in an array of soft colours, nestled alongside pink boxes of handmade pralines, and mouth watering pastries. The waiters are suitably attired, in black and white naturellement.

Julian from L’Institut de Français led the excursion to Saint Paul de Vence, on a clear blue wintry morning. On the lower slopes you find the contemporary art museum Fondation Maeght, allegedly one of the finest worldwide. Sleek bronze sculptures by Giacometti bask in the morning sunshine with a panoramic view out over the valley below. Works by Calder and Miro appear as part of the landscaped garden, and once inside you are privileged to see stunning pieces from Pierre Bonnard and Marc Chagall. The overwhelming variety and expression of artwork sated my soul.

We were far from the madding crowd, with the hilltop town ensconced in the iridescent light that has lured artists here to live and work over numerous decades. No vehicles are permitted inside the walled area, which dates back to medieval times. The sense of tranquility and calm is palpable. The meticulously restored buildings, now home to art galleries, boutiques and restaurants, guard their secrets while displaying their robust character. Perfectly constructed arches contain the wooden framed windows and doors, not to mention the omnipresent shutters that allow fragments of light to penetrate the recesses of the rooms inside. An array of irregular sized stones, placed by stonemasons from yesteryear, secure the properties together. This village has deterred invaders for centuries. I am honoured that it welcomed me, despite my reluctance to look down over the precipice… I had dabbled un petit peu into the heritage of Provence and the Côte d’Azur. I wanted more. Grasse still beckoned, together with Cannes and Menton on my ‘to visit’ list. Je reviendrai…

More information on the Musée Chagall and Fondation Maeght