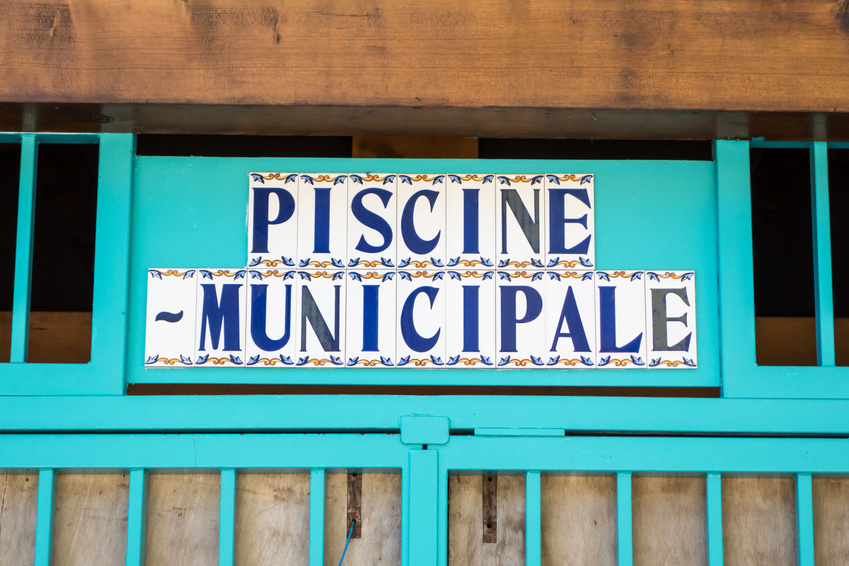 It occurred to me recently, as I was swimming lengths in my local municipal pool in Tarascon-Beaucaire in Provence,  how the French swim like they drive: fast and furious. In comparison, the Brits in general take a more leisurely, Sunday afternoon approach.

Swimming is taken seriously in France. For a start, there are rules; port du bonnet de bain obligatoire, wearing a swimming cap is obligatory, caleçon interdit, swimming shorts are not allowed and nudity is forbidden in the showers. This was recently pointed out to me after having divested myself of my swimsuit to get rid of the chlorine: “Hadn’t I read the sign?” the woman asked, making me feel somewhat of an exhibitionist. And I thought it was the British who were meant to be prudes.

Half of the pool is sectioned off into lanes marked with ropes with hard plastic discs, which hurt if you bump into them or accidentally or kick them with your foot. Each lane typically has three or four people in it and you have to swim as fast as the others to keep your place. It is very competitive and often, if there is another swimmer behind you at the start of the lap, rather than putting some space between you and them, they will set off at the same time or just after you and then try and overtake you (this will be familiar to anyone driving a car with UK number plates). If you let another swimmer go first, or give way, there is usually a moment’s confused hesitation; giving way is not the French way.

The pool in France is 25m long and 4.80m in the deep end. Even in the shallow end, it is too deep to stand, The French use every type of swimming aid, from fins to hand paddles with the pool providing kick boards and pullbuoys which are used to splash up and down the pool. Everyone wears goggles.

Back in the UK, I decided to visit the local pool and was struck by the difference in swimming culture. For a start, most pools are part of what is called a leisure centre and seem to be aimed more at fun and games, with slides and inflatables taking up half of the pool with just a couple of lanes conceded to those wanting to swim laps.

Few people in the UK wear goggles and fewer still a swimming cap. Even in the slower end of the French pool people swim laps, whereas in the UK it seems to be treated more as a social with lots of chat occasionally interrupted with swimming a lap.

Swimming in France is serious exercise and even in the smaller pool for children and beginners, there is not an inflatable or slide in sight. In France I have to swim as fast as I can, just to keep up, in the UK I am usually one of the fastest.

In the last Olympics France came in 5th place with 5 medals and the UK, 12th with only one bronze and it’s easy to see why.