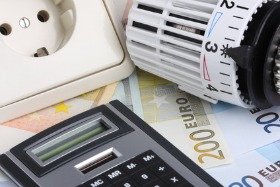 Following a pilot scheme in Lyon and Tours, France is set to have have 35 million ‘smart meters’ installed in its households by 2018. The device should help customers manage their energy use in the home. Estimated bills will become a thing of the past.

The project was a joint venture by ERDF and Itron, the results of which were announced at the end of September by Eric Besson, French Minister for Industry, Energy and Digital Economy.

Over the past two years, 100,000 smart meters (also known as Linky meters) were installed. They will now be joined by 7 million others between 2013 and 2014 before the bulk (28 million) are put in place from 2015 to 2018. The cost is estimated to be in the region of €4.3 billion, although the Linky meters will be provided to customers free of charge. An increase in productivity is expected to cover the expense.