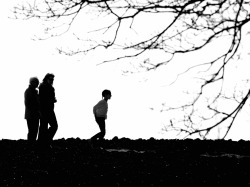 Two things are inevitable, death and taxes. If you are a resident of England or Wales and have amongst your assets a French property (being land in France, whether built on or not), the law of succession in England and Wales will apply to the whole of your estate with the exception of the French land.
The formalities of the French system must be observed. Under English law, a testator can leave his or her estate to whoever they choose to name in a will. French law has a proud tradition which does not permit that freedom of disposal.

The reserve in favour of children overrules any testamentary wishes. The tax allowances are based on that principle which sanctions any bequest to a beneficiary who is not a member of the family by a tax rate of 60%.

All probate matters in France are dealt with by the notarial profession and the notary will require full details of the deceased’s family which will include birth certificates, marriage certificates and copies of passports. Without them, the notary cannot issue his acte de notoriété; the deed that sets out the rights of the heirs to their share in the land. The notary will also require a copy of the original purchase deed of the land.

There may also be other assets in France that are not land related, be they bank accounts, furniture, shares, cars etc. In the case under consideration, where the deceased dies domiciled in England and has made an English will, those assets which are not land can be distributed to the named beneficiaries in the English will without the imposition of a 60% tax rate. They will of course be subject to English inheritance tax, if any is due. There are time limits for compliance with these formalities which should be observed to avoid payment of any penalties.

Many people have included tontine clauses in their original deed of purchase. On the death of the first joint owner, the property is deemed always to have belonged to the survivor from the original date of purchase. The reserve mentioned above is overridden.

Others adopt Universal Community as their marriage regime. This is a French concept but has the advantage of enabling the surviving spouse to inherit the whole of the deceased’s share in the communal property, including land.

This is particularly important where there are infant children who may otherwise obtain a vested legal interest in their deceased parent’s land. Where those infant children are resident in England, an order of an English court is required before a sale of the land in France can be concluded.

In France, inheritance tax is paid by the beneficiaries of the deceased’s estate and is calculated once the value of each beneficiary’s share in the land is known. For information purposes in considering the above and whether or not the French assets are liable to incur duty, we set out the allowances which are taken into account before any duty is chargeable on the deceased’s French estate:

• The surviving spouse is currently exempt from paying any inheritance tax in France.

Tax and inheritance planning, even for those who already own a property in France, is always a wise move.