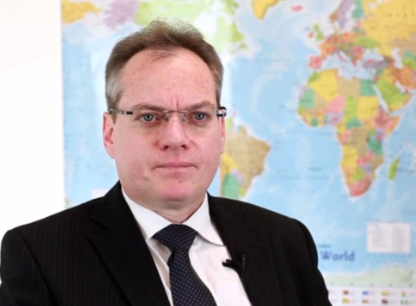 Text of previous article as originally published in October 30, 2013 about inheritance law changes in France:

Many people owning (or thinking of buying) property in France will be aware that French law currently governs the taxation and devolution (who gets what when you die) of your French real-estate.

The good news is that this is all changing in such a way that it could advantage British owners of property in France.

The key piece of legislation has the ‘catchy title’ of EU regulation 650/2012, otherwise known as Brussels IV… We’ll call it the ‘Regulation’.

Under the Regulation, since 17th August 2015, any British national who has property in France, or for that matter any participating EU State (and who has taken appropriate action before their death) can choose either the law of the country of their habitual residence, or the law of their nationality (or choose one of their nationalities if multiple) to govern the devolution of their French estate.

If they make no choice then the default position is that the succession of their estate will be governed by the State of their habitual residence.

This may sound like a ‘silver bullet’ solution to the forced heirship provisions which currently thwart the ‘best laid plans’ of British Will-makers, but what many people are not aware of is that the new rules will only benefit those British nationals who have taken the appropriate action.

The ‘appropriate action’ is to make a nomination in a Will which is valid in France stating which law will apply to their property. This could be done in a French Will or, because in France (properly drafted) English Wills are valid, the nomination can be done in your English Will.

In fact, not only can a nomination be made now, it should be made now and I would go so far as to say that if you are having a new Will drafted in the circumstances described above, by a professional person and they have not included a properly drafted nomination, you should ask them why not?

What if, for example, the Will-maker loses the mental capacity to make a new Will either as a result of a degenerative condition or an accident? What if the Will-maker adopts a ‘wait and see’ approach and then forgets to make the necessary changes?

In both of these scenarios, the estate will not benefit from the new regulations which in turn could mean their French property may not pass to their loved ones, regardless of what it says in their Will.

Interestingly the Regulation does not restrict the choice of law to EU nationals, and so, for example, a Hong Kong Chinese national with property in France, could nominate Hong Kong law to apply to the succession of their property, a New Zealander could nominate New Zealand law, a Japanese, Japanese law, and so on.

Some readers may have heard that the UK, Ireland and Denmark have all opted out of the Regulation and so those readers may question whether the Regulation relates to British nationals. Well the opt-out simply means that it is not possible to make an election under ‘British’ law for ‘foreign’ law to apply in Britain to British assets, but it does not mean that Britons cannot make an election under the laws of participating EU States.

Another potentially useful element of the Regulation is that a European Certificate of Succession (ECS) will be issued by the country of the person’s habitual residence which will be recognised in all other participating EU States. This could be useful to say a Briton living in France who also has property in Italy or Germany because the certificate will be recognised in all of these jurisdictions; but it probably won’t help a person with sole British nationality who is habitually resident in the UK, because the UK opt-out means Britain will not be able to issue an ECS.

Only by taking proper advice from a specialist in international succession and probate law can those people ensure that any unwanted succession consequences are mitigated.

BEWARE OF THE TAX

Finally, I should mention that even after 2015 (as things stand now) a UK person will still need to obtain an English grant of representation to collect and distribute UK assets, and tax may also be payable on the French property, but the ability to nominate which law applies means that the possible ‘nightmare’ forced heirship provisions that currently exist in many EU jurisdictions, including France, can (after 17th August 2015) be a thing of the past.

The author, Dan Harris, is an Associate Solicitor and a specialist in international succession and probate at Stone King LLP Solicitors . He can be contacted for further advice and clarification on +44 (0) 1225 326761

One will or two?