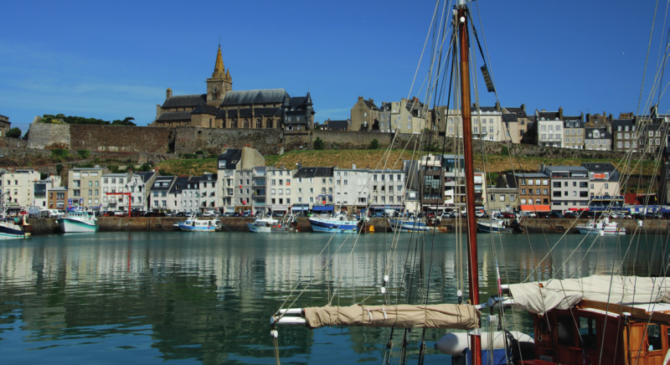 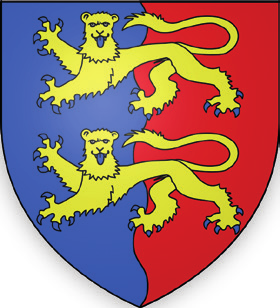 A mere skip and a hop across the Channel from southern England, Manche sits along the pretty coast of Basse-Normandie. Made up of wild scenery and seaside towns, it offers a natural slice of heaven for those who love the great outdoors. Saint-Lô is its administrative capital, but the biggest conurbation here is Cherbourg, a port town with rich heritage, cuisine (mussels are a speciality) and rugged landscapes.

Manche’s proximity to the English Channel makes it easily accessible from the UK.

The département’s major ferry ports are Cherbourg, which connects to Poole and Portsmouth, and Saint-Malo, with routes to Portsmouth and Plymouth. There’s also a train station in Cherbourg and, if you’re driving, you can reach the area via the A13 or A84 motorways.

Manche enjoys an oceanic climate, typically experiencing clement summers of around 20°C and relatively mild winters. The Gulf Stream allows for more tropical vegetation to grow here – great news for anyone dreaming of a Mediterranean garden.

A coastal home on the Cotentin Peninsula will cost less than in the neighbouring Calvados département – especially compared to the ritzier seaside resort of Deauville. Pretty character properties within walking distance of the beach can be found for under €200,000, with prices increasing towards Granville.

For larger family homes and properties with land, there is extensive choice inland. If you are open to doing some work, renovation projects can be snapped up for as little as €100,000 and upwards.

There’s a wealth of things to do in Manche, from hiking across bucolic countryside to enjoying the area’s many tourist attractions. History enthusiasts can walk along Utah Beach, one of the landing zones for US soldiers during the Second World War, or visit the nearby Mémorial de la Liberté Retrouvée. In Granville, meanwhile, a particularly noteworthy landmark is the pastel-pink childhood abode of Christian Dior, which is now open to the public as a museum. Perhaps the legendary couturier’s former home will inspire some interior design choices for your new property?

Browse properties for sale in Manche >>> 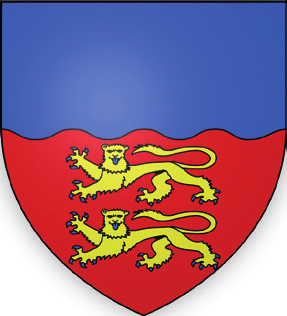 A thriving département in Lower-Normandy, Calvados is a desirable location boasting unspoilt coastline, apple orchards – and, of course, the world-famous brandy! The city of Caen is its capital, known for its impressive 11th-century architecture from William the Conqueror’s era. Calvados is also home to the popular coastal hotspots Trouville and Deauville, which attract throngs of wealthy holidaymakers. 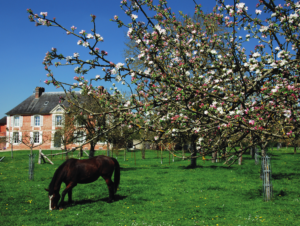 Travel to Calvados by ferry, disembarking at Caen International Port (also known as Ouistreham Ferry Port), with a popular route operating to and from Portsmouth.

There’s also a train station in Caen, on the line from Paris to Cherbourg.

The weather tends to be consistently mild here, so you don’t have to worry about scorching summers and biting winters. Caen sees an approximate average temperature of 20°C during the height of the summer.

Pricing in this department is the most expensive compared with other areas of Lower-Normandy and it’s home to some of the region’s most expensive seaside resorts and sought-after coastal  towns, such as Deauville and Honfleur. Traditional, halftimbered (colombage) farmhouses, which are characteristic of the area, can be found from upwards of €250,000. With high levels of tourism,  this is a great area for rentals and buy-to-let investments.

This is horse country. Equine lovers will be in their element here, with numerous riding centres and stud farms dotted throughout, plus swathes of rolling wilderness to explore on horseback. The  area’s favourite pastime (other than drinking apple brandy) is reflected in the number of properties with stables and paddocks.

Browse properties for sale in Calvados >>>