What You Get with a New Build Property in France 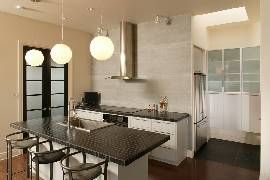 The term ‘new build’ covers a wide spectrum of different types of property.

At one end of the new build scale (or ‘off-plan’ or ‘new development’ – alternative expressions for the same concept) is when the purchaser has little or no say at all in the look of the property they are about to buy. Though the development has yet to be completed (or even started) the developer’s plans are fixed and the buyer is not able to demand any significant changes.

At the other end of the scale is where the buyer can alter the actual layout of the property, as long as this still conforms to the basic pattern and design of the overall development.

New or self build?

In many cases, meanwhile, the buyer will be able to choose from a range of different styles, sizes and of course prices of property from within the same development.

However, it is important to distinguish between the above examples – which form part of the range of ‘new build’ – and the related phenomenon of ‘self-build’.

There are two basic models of self-build. The first is where a person buys a plot of land and then hires an architect and builder to design and build a home on it. Sometimes the owner will not use an architect but will simply chose an ‘off-the ’shelf’ design provided by a builder. (Confusingly, some people in the industry also refer to this kind of self-build as ‘new build’.)

The second, and less common, type is where a person buys the land, comes up with a design (often with the help of a professional) and then builds the property themselves with the aid of family, friend and perhaps some artisans.

The key point, however, is that in each case it is the future owner who buys the land first and then chooses how and what to build on it.

This article deals with new build – for more about self-build see elsewhere on the site.

New build can come in all shapes and sizes, from a handful of luxury villas to a development of several hundred apartments. When you buy new build property under the leaseback scheme – where it is usually let out to tourists – this will often be in large-scale developments.

In most cases the development will not have been completed or often even started when you buy it – hence the term buying ‘off-plan’. So when you are considering new build it is vital you examine the plan in detail before you commit to buy.

Off-plan developments can also be found in many different parts of France, from the heart of big cities, to edge-of-town locations to remote rural spots. Typically developments in the centre of large town of cities may have fewer leisure facilities because of the lack of space; though of course larger towns and cities have plenty of such facilities anyway.

Katie Edwards, of French Property Consultants Attika International, describes the situation in the Côte d’Azur where she works.

‘Central locations very rarely have swimming pools here,’ she says. ‘Edge of town locations often have communal gardens and swimming pools because there is more available land to build on. Residential developments – as opposed to leaseback complexes – do not have facilities such as gyms, spas, restaurants, laundry.’

There is now a growing trend towards ‘gated’ communities where the development is protected by some form of security, for example a barrier at the entrance.

Parking is nearly always provided, and in large urban areas this will often be underground parking.

And in the south of France especially it’s common for flats to have balconies.

Ground floor flats and villas will often if not always have a garden.

However, what choice will you have on the layout and interior of your property?

The simple question is that it depends on your developer – they vary in practice and flexibility on this issue.

Property consultant Katie Edwards say it is sometimes possible to change the floor plan of the planned property.

‘A common modification is the exclusion of the kitchen wall in order to make the living room have an open plan kitchen, or to have an arch instead of living room doors leading off from the entrance hall.

‘Another option can be supplementing a shower cubicle instead of the proposed bath tub. Requests for such changes must be made in advance, sometimes they are free of charge and sometimes they will incur a small cost – it depends from developer to developer,’ she says.

The biggest surprise for many non-French buyers is that the new build property typically does not come with a fitted kitchen – especially if the main market is among French people.

‘The developers say that it was causing too much agro with the varying requests of clients so they now prefer to leave the choice and installation up to the purchaser,’ explains Katie Edwards. ‘The electrical wiring and plumbing is all ready and in place for the kitchen appliances to be installed.’

Sometimes a developer will install a kitchen if you ask them too – for extra money of course – and kitchens are more common where the market is primarily overseas buyers who generally expect one to be included.

It is also very rare for any new build property to come with curtains or any personal furnishings of that nature – unless it is a former show house or flat which are themselves not that common.

However, bathrooms usually come fully fitted with tiled walls, sink, bath, vanity unit and mirrors; buyers can often choose the colour or style of tiles from a range offered by the developer.

‘If someone wishes to have specifications other than those offered by the developer, such as marble floors, wooden flooring, higher spec bathroom equipment, taps, etc, this can be arranged at an additional cost,’ says Katie Edwards.

As ever it is vital to be aware from the developer what can and cannot be changed about the features of your property before you sign – it may be too later afterwards.

When buying new build, your payments are made in stages as the building work progresses. There are often as many as ten different payment stages.

The first is the deposit to reserve the property, which is up to 5%. The second payment is made just before the property becomes legally yours – even though it will often not yet have been built. Other payments follow the progress of the work ending with the final 5% being paid when the keys to your new property are handed to you.