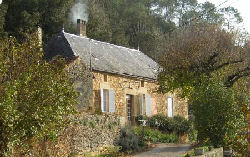 The Périgord Noir is special. With its wooded hills, numerous medieval castles and churches, the broad valley of the Dordogne and the narrower one of the Vézère, and the steep roofs and golden stone of the local architecture, it has beguiled the English for years. It’s not surprising, then, that, according to estate agent Eric Lermytte, the manager of Century 21 in Sarlat , prices are higher than elsewhere.

“Prices of the older stone properties have doubled over the past ten years,” Eric told us. “If a place has character, people will pay the price.” He has noted an increasing trend, in recent years, for the English to settle permanently in the area, rather than merely acquiring a holiday home. And if the majority of buyers are of retirement age, about 20% will continue to work in the UK, commuting from Bergerac airport.

As elsewhere in the Dordogne, English buyers prefer a country property, with a minimum of three bedrooms and preferably with a couple of acres. The average price they pay for this will be in the region of €300,000. If they want something grander, in the form of a maison de maitre or a chateau, the bill will increase – to something like €450,000 for a maison de maitre and at least €850,000 for a château.

The Most Popular Areas

The preferred area for English buyers extends from Sarlat up to Les Eyzies, across to Le Bugue and Le Buisson, and down to Belvès and Domme. Within this rectangle there is a wide variety of landscape, from the wooded hills on either side of the Vézère to the spacious valley of the Dordogne. South of the river Dordogne, the countryside is more open and agricultural, with the beautiful town of Belvès exercising a strong attraction.

It’s scarcely surprising, in the circumstances, that properties don’t move with great frequency. “Very few English come back to the market,” Eric told us. As for the French, their reasons for selling are the usual “three Ds”: divorce, death or downsizing. Sometimes people need to move because of a job relocation.

What advice does Eric give to English buyers? “Take French lessons!” 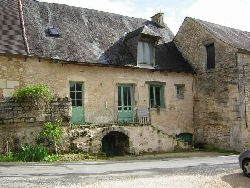