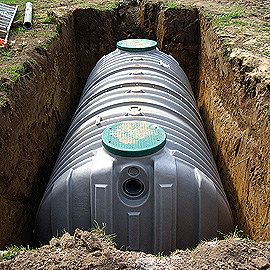 A new regime for septic tanks came into effect on January 1st of this year, which has brought a new concern for sellers of French property. At the time the preliminary contract is signed, the seller is now required to produce a certificate of compliance in relation to any septic tank arrangements. If the certificate fails to state that the tank complies with current regulations, the buyer is required to remedy the situation within a period of twelve months after completion.

Who produces the certificate?

Although the vendor is responsible for obtaining the certificate, it is produced by the
local authority’s drainage department – the Service Public des Assainissements Non-
Collectifs, known as a SPANC. In the Dordogne the SPANC is often set up by a
group of communes who share the cost for this and other functions: a Communauté des
Communes.

If you need a certificate you should therefore contact your local SPANC. If in doubt
about how to do this, contact the mayor of your local commune.

Two points need to be borne in mind. First, the owner himself is the only person who can
ask for a certificate. The SPANC will not deal with estate agents or other representatives.
Secondly, the SPANC cannot deal with requests rapidly, because of pressure of work.
It is likely to take several weeks for the certificate to be issued and any uncertainties
clarified. Since the certificate will be needed at the time the preliminary contract is
signed, vendors should contact the SPANC sooner rather than later.

Can I rely on an old certificate?

You can rely on a certificate dated less than three years prior to completion. We have
found that a certificate within the three year period that is issued by the water authority,
rather than the SPANC, has been accepted by the notary, since some SPANCs have only
been set up quite recently.

What happens if my system does not comply with regulations?

If the SPANC tells you that your septic tank installation does not comply with current
regulations, you can take some comfort from the fact that you will not be alone. Any
septic tank installed more than five years ago is likely to be defective in some particular.

To remedy the system will necessarily involve expense. This will vary from property
to property, but a guideline figure for a new system to be installed for a two or three
bedroom house is likely to be in the region of 10,000 euros. A new system may not be
required if it is only part of the current installation that is found to be defective. For
example, it may be necessary to add a grease trap or extend the length of a soakaway.

Who bears the expense of rectifying the system?

The SPANC certificate has the same status as the surveys on termites, asbestos and other
matters that are part of the seller’s pack. It provides information. The one difference, as
regards septic tanks, is the obligation placed on a purchaser to rectify a non-compliant
system. The question of additional expense therefore becomes a more urgent issue.

A purchaser faced with non-compliance of a septic tank installation will need to have
some idea of the cost involved, and then decide whether to proceed or to seek a reduction
in price. In practice, this becomes another item of negotiation in the sale process. In the
present market, where buyers exercise considerable power, vendors may find themselves
having to swallow a further reduction to enable the sale to proceed.

What should property vendors do?

First, see whether you have a certificate issued that is less than three years old. If you
don’t, contact your local SPANC as soon as possible and ask them to inspect the system
and issue a certificate. Secondly, if you then find the system is not compliant, establish
exactly what will be required to make it compliant and then get a quote. Armed with
this, you will be able to assess the extent to which you are prepared to contribute to the
cost. Ideally, any remedial work should be undertaken before the sale, so that a clean
certificate can be produced to a delighted purchaser.

Previous Article Can I Still Buy a House in the Dordogne for under €60,000?
Next Article Jacqueline Joins Us from the Dordogne