Family Life in the Limousin

Perhaps the biggest concern for any family moving to Limousin is how easily will their children settle here and the quality of the education they will receive. We met up with one family who came to live in the Limousin three years ago and since then they have very much made the Limousin their home.

The Sharman family moved from West Yorkshire in May 2006 and consists of Lisa (mum), Dean (dad), Emily (11), Rosie (8) and Tilly (4). Back in Yorkshire Lisa and Dean both had well paid jobs. Lisa as a buyer and Dean worked for the prestigious car company Bentley, but they felt they had very little time together as a family due to their work commitments and heavy afterschool club schedules.

They talked for a long time about making a new life in France where they felt they would be able to give their children the chance to grow up in an environment with more freedom and the whole family could spend much more time together. As the children were growing older they decided it was a case of now or never so that they could get the children in to the French school system without any adverse effect on their education.

So how did the children take the news? Tilly was far too young to understand and Emily was quite excited by the idea, a confident outgoing child she was very excited by the prospect of warmer weather and the promise of a pet donkey, a little bit of bribery on the part of Dean and Lisa!. Rosie who is the most sensitive of the three children had more concerns and was very upset at the thought of leaving her friends behind, although again the prospect of a pet donkey was a big incentive.

The family decided to move in to a rented property initially. This is something they would strongly recommend. It gives you the chance first and foremost to decide if living in Limousin is for you but also a chance to get a real feel for an area and an important factor for any young family is the quality and availability of the local schools. It also means that you can take more time to look for the right property for you without feeling the pressure of short house hunting trips.

The family initially rented a property in the Janailhac area of Haute Vienne and as they moved in the month of May they arranged for the two older children to go to the village for school for the last 5 weeks before the summer break. This was the perfect opportunity for the children to get used to the atmosphere of a French school, meet the children and make some friends without the pressure of school work. Lisa tells us that the headmaster at the school could not have been more accommodating. As is often the case with the smaller, rural schools they are delighted to welcome families in to the area to ensure the village schools can stay open with ever dwindling numbers. 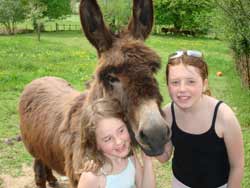 We asked Emily what those first days were like. Seemingly unphased by anything, Emily said it was fine. She tells us it took her 6 months before she could speak French fluently and for the first year received extra help so that she could catch up with the work her peers were doing.

Throughout this time the family gave her plenty of support and made huge efforts to mix socially with French families so that the children were totally immersed in French life and culture.

So how did Emily get on with French school dinners? Initially she had serious concerns that every meal would contain either frogs legs or snails but she assures us this was not the case and that the food is fine. Not a fan of fish she complains that features on the menu too often but other than that she has no particular complaints.

Emily gave us a copy of school menu, which is supplied to the parents so they know what their children have been eating and to ensure that it’s not duplicated for their evening meal.

There are only 2 classes in the village school ensuring the children get a lot of one to one attention. Being the oldest Emily has the best recollection of her time at school in the Uk and says that the children are better behaved at her French school and that the teachers are stricter. She does say however that they vary a lot and one teacher in particular lets them have extra break time in good weather!

School trips are a big hit as well. This year Emily spent a couple of days at the coast in the Charente Maritime. The trips are heavily subsidized by the commune with extra assistance available for any family who are struggling to finance their child’s trip.

Emily will be starting at her new school in September, now 11 it is time to move to a school several miles away in a much larger town. She will be travelling on the school bus but will leave the house at 7:30 in the morning and will return quite late as the school day is 8:15 am to 5:15pm with 2 hours for lunch.

We will be catching up with Emily later in the year to find out more about life at her new school. 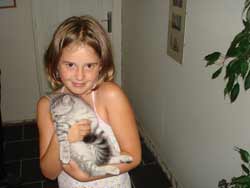 Rosie, now 8 but 5 at the time of the move found the transition much more difficult than her big sister.

She was upset every morning for the full five weeks of her initial trial at the school. Rosie giggles at this now, a perfectly happy little girl who loves her dog, new kitten and pet donkey.

She speaks fluent French and is doing exceptionally well academically.

School trips feature highly in her ‘likes’ list. This year Rosie spent a week in Alsace where she got to share a room with 5 of her best friends and is still buzzing with all of the things they got up to.

Being the only English children in the school and with mum and dad mixing predominantly with French families, French is very much becoming their ‘first language’. It is often the language of choice when chatting amongst themselves.

The two girls compiled a list for us of things they miss from the UK, family aside:

So if that’s all then life can’t be too bad! 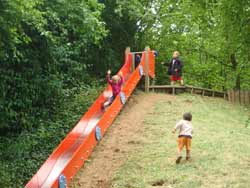 Tilly has no real memory of living in the UK as she was only 18 months when they left but chatters about it fondly with memories she has picked up from her big sisters.

Tilly is more French than English now. Before attending maternelle she stayed with a French child minder while mum and dad were at work.

Whilst the older girls happily eat their French school dinners, Tilly rejects anything that is not cooked the French way. She will only eat meat cooked extremely rarely and does not query any meat such as tongue or various offal that the older two are rather more reluctant to try.

To watch Tilly playing with her dolls is just adorable, she has one who is French and one who is English and makes them chat to each other in their respective languages.

Lisa and Dean are keen that the girls keep up their English reading and writing skills and help them with this but are also aware that the girls work hard on their school work and are concious not to overload them. 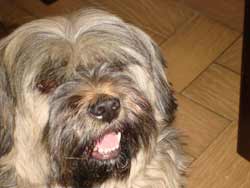 French school children do get lots of homework and are provided with a list at the end of the school year of all the equipment and stationery they will be required to have at the start of the next year. The list is extensive and can run up to a couple of hundred euros, but a payment is awarded from the CAF (French child benefit) that meets the bulk of the cost. Also worth noting there are no school uniforms to buy as French schools do not have uniforms.
One other big difference the family have noticed are birthday parties. In Britain, huge childrens parties seem to get more and more extravagant with the whole class invited along to see a magician, bouncy castle face painting etc. the cost of which was continually escalating says Lisa.

Here in France birthday parties are very much a family affair with perhaps just 2 or 3 children invited along to play and have a small piece of cake and a drink. The parents collect their children around teatime and usually stay for an aperative. A relaxed, informal, unpretentious affair. Says it all really!

A Final Word on Schools from Lisa

Since arriving in France Lisa has secured work as an English teaching assistant. In this role she has worked in many different schools throughout Limousin and with children of all ages as well as a spell at a teacher training college. So what are here views on the system. “In the main very good. Like anywhere the schools do vary as does the quality of teachers and their teaching styles. This is particularly noticeable in the larger ones. The schools do tend to be stricter and there is much more emphasis on things like hand writing, culture and history, but overall they are great places to work. So much so that I am thinking of taking a teacher training course to move on from being the assistant to actually take up a full time teaching post.