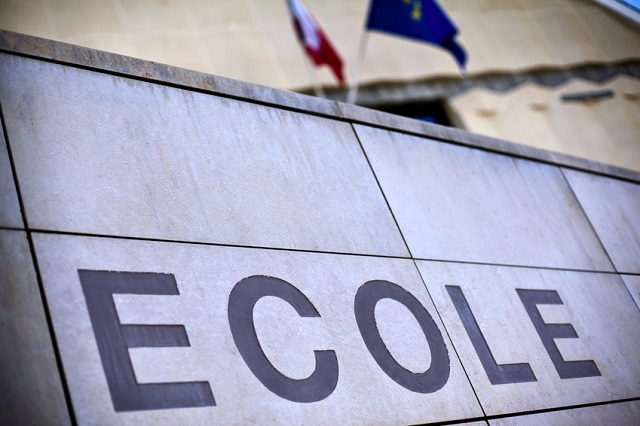 The weekend that followed was relaxing because I knew at last I had a job that suited and although I was now close to the end of my overdraft, I’d just about be able to dig myself out of debt. Unfortunately, once I’d gone into my overdraft I couldn’t get out again, no matter how hard I worked. I bounced up and down between the black and the red like a yo-yo. There was no money to spare to really enjoy Paris. I was reduced to one of two choices: go out and make friends and live on a pitiful diet of fags, coffee and rubbish food, or: stay home as much as possible, eat reasonably well and do my best to scrimp and save my way out of debt. I chose the latter but I’d probably have been smarter choosing the former and risking all.

The following day my new flatmate Joan officially moved in and we celebrated by cooking pancakes and drinking champagne she’d nicked from her work.

I had to find a photo cabin and get myself a couple of ID face shots for the Metro Travel Card I’d need to get around the city. I’d at first hoped to find a teaching job where I could mix walking to work with the Metro. If I’d found a job like the one with WSI Angers I’d have been teaching students in the same building every day, them coming to me, not me going to them. With the BLIS job that wasn’t going to happen so this was going to add another €40 a week to my expenses or €90 a month, depending on what I opted for. It was called an Orange Card. The plus was that my employer would reimburse 30% of my travel costs so it wasn’t all bad and of course the Orange Card wasn’t only for work, I could use it on Metros and buses when I wasn’t working, enabling me to get out and about a little bit more. I hadn’t sussed that at the start, getting a Travel Card, it only happened when I got the BLIS job and needed one, so it opened up my freedom.

Gabriel gave me a list of my students, all of them at a place on the edge of Paris I’d never heard of called La Défense. I read about it in the “Hachette Paris”.

As I was going to be more reliant on books in my classes, I needed to borrow more than a few centred around Business English from the BLIS Library, take them home and to study, picking out pages I found useful. I knew my own books well by that time and I also had my various cards with alphabet letters and the irregular verbs.

The Irregular Verbs Flashcards (from www.bewasbeen.com) were the best investment I made in my working life: 150 cards, broken down into three groups of 50. On one side is the French translation of the irregular verb and then on the flip side are three tiered versions of the verb in English, first the Infinitive, then the Past Simple and finally the Past Participle. The three groups are colour coded: red for “easy”, orange for “less easy/more difficult” and green for “difficult”. I bought them in a July sale in FNAC Angers for the princely sum of €1. In the years I’ve had these cards I’ve used them for almost every class, so yes not a bad investment for €1.

Sometimes I hold the 50 in my left hand with the French and English hidden by my hand or face down. With my right hand I show the French verb to the student and they have to quote the English infinitive to me. If they’re correct it goes into the correct pile. If they’re incorrect it goes into the incorrect pile. At the end I ask them to do a spoken count (more practice with speaking English numbers) and if there’re many unknown verbs in the incorrect pile then I lay them face down on the table with the French words upwards. I know which is which because I’ve done the exercise a thousand times but also of course because I use them regularly in my day-to-day existence in France. I speak the English version of the verb they can see in French and they have to guess which card it is and if they can’t guess then I mime the verb. Other times I’ll split the pack in half and ask them to read the English version of the verb and I speak the French translation and in return they have to interpret in English.

So if anyone from French Education’s higher echelons is reading this, here’re some tips for you to focus on: in the red category almost all French students have problems with: hit, hurt, blow, throw, wear, catch, sell and fall. They often confuse the past of “fall” with the past of “feel – felt”. Verbs like “sold” and “buy” they should know if they’re in business but it’s amazing how few do. Many think the past of “sell” is “selled”. It isn’t of course. They know “wear” but not the past, “wore”. “Wear” sounds the same as the place “where”. I tip them off that the past of “blow” and the past of “read” sound like two colours in the French flag: blue and red. “Hurt” and “hit” you have to emphasise the “h” sound (as in Hotel, Help, Hello) because they don’t have this sound in their language so it’s odd for them. Verbs which give them no problems are: put, bring, shut, find, give, take, come, cost, buy, forget, hear (pronunciation H), say, speak, have, think, swim, make, see, learn, read, draw, know, tell, run, lose, cut, begin, wake, fight, sing, do, sit, be, go, sleep, dream, win, write, understand and drive. Needless to say, two verbs the French have no problem with are “eat” and “drink”!

This is the first part of an exclusive extract from Tony’s new book Past Imperfect. Read more about it and buy a Kindle copy here.