British Builders in the Cotes-D’Armor: A Business Case Study 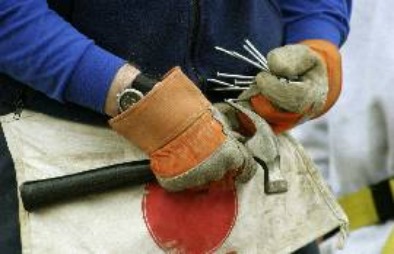 When Stephen Fishlock, and his wife Sandy first moved to the Cotes-D’Armor region of northern France they planned to run a couple of gites as well start up a building business. Five years on, they no longer do the gites. Not because couldn’t make them work financially, but because Stephen’s building business is so strong that they don’t need the income.

While Stephen’s path to prosperity hasn’t been completely smooth, compared to many self-employed Brits in France, it has been a lot more straightforward.

‘I think one of the reasons is that there is a great demand for what I do,’ says Stephen, 51. ‘I am a good, reliable builder who is registered and that makes a difference.’ Not speaking good French has not hindered Stephen as ‘99%’ of his clients are British.

‘The advantages of a good accountant’

He did get off to a rough start, though. Relying on the help of a French neighbour to officially register him, Stephen was originally put down as a farmer. ‘I have no idea why!’ he laughs. It was only when he acquired an accountant that the mistake was discovered and rectified.

‘Having a good accountant has made all the difference,’ he says. ‘They re-registered me, making sure I was down for everything from carpentry to roofing and full renovation work, which means I am qualified to carry out the full renovation of a house.’ Stephen’s accountant also sorts out all of his paperwork so he never has to worry about doing something illegal.

‘From micro-enterprise to SARL’

Like fellow UK entrepreneurs, Stephen complains that the social charges are a lot higher in France, than in the UK. But as his income has increased, the pain of the social charges has become easier to bear. ‘I had some money behind me so that in the first year, when I only broke even, it wasn’t a problem,’ says Stephen. ‘And since then I’ve been in profit every year although I pay €12,000 a year in tax and social charges.’

In fact, Stephen’s business has just become a SARL because his income is too high to be a micro-enterprise. ‘Here again my accountant has been invaluable as they have helped me to structure the SARL in such a way that I can limit what I pay in tax and cotisations,’ says Stephen.

Stephen’s accountant costs him €1,000 a year, up from €700 when he was a micro-enterprise. ‘Finding a good one can be difficult,’ he says. ‘I found this company by word of mouth.’

Despite his success, Stephen is still a one-man company. ‘It is so expensive and complicated employing people in France that I’m not going to do it,’ he says. ‘I am happy working as I am.’

* You need money behind you – enough for at least the first year.
* Make sure you can afford to advertise regularly – it is the only way to grow your business at a reasonable rate;
* Get yourself a good accountant.‘You get what you pay for!’ says Stephen.

Understanding French Tax- Are You Tax Resident in France?