Advice for those taking the plunge… 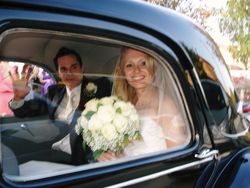 Getting married in France

Get married in France? Isn’t that difficult, people will ask, mindful of French bureaucracy? Well, I got married myself here eight years ago, I have just organised my stepdaughter’s – much bigger – wedding and I have helped various friends with the paperwork in the intervening years. So here’s how to do it! I am writing this from the point of view of British nationals, though I believe it will equally apply to other nationalities.

The Civil Ceremony in the Mairie

The only legal ceremony in France is the civil one – so if you want to get married in church in France, you have to have undergone the civil ceremony either in France or in the UK. You must get married in the Commune where you or your family live. One of the people getting married should have lived at the address for 40 consecutive days – obviously no problem if you do live full or even part-time in France. For the offspring of residents, this could present a problem perhaps, and in practice could depend on the Mairie – no doubt some are more flexible than others!

The first step is to go to the Mairie, set a date and they will give you a booklet of guidance, forms and checklist, ‘Guide des futurs époux’. There’s no getting away from it: there are a number of documents to produce, but it’s not impossibly onerous. They are as follows:

* Birth certificate and translation by an accredited translator.
Show them the original, but leave photocopies with them.

* Proof of identity
Again, take photocopies of the relevant page of passports and just show the originals.

* List of witnesses. Minimum of two, maximum of four. There is a form in the guidance booklet to complete – full name, date of birth, profession, domicile and passport number. It doesn’t say so in the booklet, but you do need a photocopy of their passports. The witnesses should be French-speaking.

Then for non-French people, there are the following requirements: the Certificat de Célibat. A form can be downloaded from the British Embassy in Paris web-site – which says there isn’t such a document available from the UK but that it is replaced by the ‘Attestation sur l’honneur’ – a form in the Guide.

The other form is the mysteriously-named Certificat de Coutum’. What can it mean? The English translation of ‘Certificate of Custom Law’ is hardly illuminating! Not every Mairie will necessarily require this, but if they do, I am afraid it will cost you money – currently €72 per certificate if you live in France and £63 if you are a British resident. You will need to download the form, and send it with your passport and birth certificate to either the Foreign and Commonwealth Office in London or the British Embassy in Paris, depending on your residency status. The websites you need for this is the British Embassy or the FCO in London 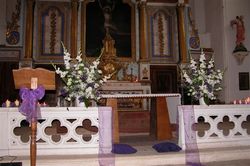 If you haven’t been put off by this, well done! If my experience is anything to go by, you should find the Mairie friendly and helpful and it is not as difficult as it looks – I promise! The Mairie will need all your documentation at least a month before the marriage, in order to publish the banns.

And now for the big day! The ceremony is brief – you will be in and out within 20 minutes. The soon-to-be married couple sit, flanked by their respective witnesses, in front of the mayor, who dons his/her tricolour sash, – but if the bride wishes to walk in on the arm of her father, this is perfectly acceptable. The ceremony comprises the reading out of the couple’s details and various Acts from the Civil Code, before the mayor asks for the couple’s assent that they wish to marry. All that is required from each party is ‘oui’! Afterwards, the mayor, the married couple and their witnesses duly sign the legal document and the couple is handed the ‘Livret de famille’. The mayor will then normally address a few friendly words to the assembled company – and you might like to have someone to translate if there are non-French speakers present. The only thing to add is that you can ask for a copy of the ‘Extrait de Mariage’ at the Mairie at any time. This is simply a certified copy of the document signed at the ceremony. You can also ask for a multi-lingual version. Mairies do not charge for the ceremony or the documents, but our Mairie has a little basket for donations in aid of the local school at the ceremony. 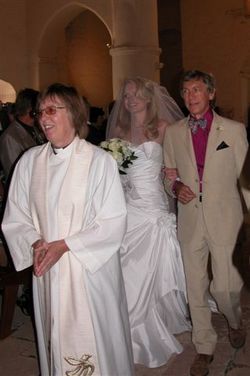 Since France is nominally a Catholic country, there obviously would be no problem for Catholics to marry in church here. But did you know that you can have an Anglican ceremony, if you have a connection with the Chaplaincy? There is a thriving Anglican Chaplaincy of Midi-Pyrenees and Aude, who maintain good relations with their Catholic counterparts and hold services in various churches throughout the region. Should you wish to marry under their auspices, you will need to give them as much notice as possible (they ask for six months), because there are only two priests covering this area which is the twice the size of Wales! You should contact Mrs Marthie Turner, 465 Chemin de L’Aveuilleron, 32600 Pujaudran (email : [email protected]) for an application form. Since the Chaplaincy is self-funding and receives nothing from the Church of England, there is, reasonably enough, a fee which currently stands at €557.

It will be your responsiblity to book the church and get permission from the RC Priest to use it, but the Chaplaincy has a standard letter to help you with this. Most French churches do not have organs but the Chaplaincy may be able to advise you on someone local who can bring along their own organ to play for you.

And if you have found the Civil Ceremony procedure described above as too much for you, or you have difficulty with the residency requirements, you can opt for the church ceremony in France – as long as you can produce the certificate demonstrating that you have legally been married. (By the way, make sure that the secretary at the Mairie knows you are following up with a church ceremony, as they have to produce a special document for you to hand to the priest.)

Everyone loves a good meal and a party and where better than France! The choice is wide – at home if you have enough space, maybe a marquee on the grass. Or hire a hall, perhaps your local Salle de Fêtes, or even a château, and bring in outside caterers. Loc Vaisselle 46 in Cahors can provide everything on hire, from marquees, tables and chairs to glasses, cutlery and crockery. Or you could take over a restaurant. The custom among the French is often to have a ‘Vin d’Honneur’ for a greater number of guests than attend the wedding meal.

To bring in a personal note to this article, here is what we did for my stepdaughter. After the civil ceremony in the Mairie of Prayssac, we had a church wedding in the beautiful and ancient church of Bélaye. As is the French tradition, we decorated the outside of the church with pine branches with ribbons and paper flowers tied on to them. Following the ceremony, we walked round the church to the Salle de Fêtes and terrace which, set high on a cliff over the River Lot, overlooks a panorama of the valley of vineyards and farmhouses to the opposite hills. We hired the Salle de Fêtes for a wet weather option (luckily not needed) and it also provided the facilities for the caterer to serve the champagne and canapés. I must here blow the trumpet of our caterer Fiona Waring ([email protected]). She took over the organisation of the Vin d’Honneur from us, hired the necessary glasses and trays, and provided three people to help her bring round trays of food and drink. We chose a selection of canapés from her suggestions and they were so delicious, they brought admiring comments from everyone. One of our French friends were heard to say that they had never had anything so good, or so beautifully presented, outside an expensive restaurant! Fiona can provide complete meals, but we had opted to go to a restaurant afterwards. The Vin d’Honneur was a delightful occasion and allowed people to mingle and chat. Two accordion players was a finishing touch!

Finally a vintage car came to collect the bride and groom and the wedding party drove in convoy, all hooting horns as is the convention, to Hotel-restaurant Le Vert in Mauroux, where we had a splendid meal. We finished with a pièce montée, the French version of a wedding cake – being a confection of profiteroles in a pyramid – provided by a local patisserie. It was a perfect day and we certainly impressed our guests from the UK, other European countries and South Africa that a wedding in this most beautiful area of France is very special.

Five reasons to get married in France