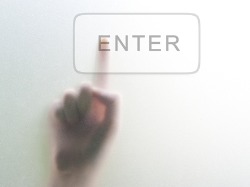 The World Health Organisation (WHO) regularly rates the French healthcare system as amongst the best in the world. So for UK nationals planning a move to France the question is not “can France offer me the same standard of healthcare as I enjoy in the UK?” but “how will I get access to the benefits of the French health service?”

EU nationals permanently resident in France for more than 3 months are legally required to have adequate health cover. This requirement is met by being a member of the state system, known as the CMU (Couverture Maladie Universelle de Base), or by taking out comprehensive private health insurance offering equivalent benefits to the state system.

For those working in France, either as an employee or self-employed, access to the healthcare system is obtained through the payment of social security contributions. Equally, individuals whose home is in France, but who continue to work in the UK, can obtain reciprocal health cover for themselves and their family through the payment of UK national insurance contributions.

The key issues are faced by new French residents who are defined as ‘inactif’ (economically inactive). The French legislation governing access to the French healthcare system for ‘inactive’ persons seeks to strike a balance between the French government’s obligations to comply with EU law on the free movement of citizens between member states and its desire to prevent ‘health tourism’ abuses of its world-class health and medical services.

UK nationals moving to France who are retired and in receipt of a UK state pension have no access issues to be concerned about. They are entitled to a ‘long-term’ S1 form, (formerly known as an E121), from the UK Department of Work & Pensions which gives automatic free access to the French healthcare system. For a couple where one spouse is in receipt of a UK state pension, but the other is still below state pension age, both can gain access as the ‘non-pensioner’ spouse is eligible for cover as a dependant of the other.

After 5 years of permanent residency in France, a UK national, who is not yet in receipt of a UK state pension and therefore not eligible for a ‘long-term’ S1, obtains an automatic right to access the CMU by payment of regular contributions (cotisations) as a proportion of their total income from all sources. Currently contributions are set at 8% of annual taxable income in excess of €9,029. This threshold figure is reviewed as at 1st October each year.

The key problem area for younger ‘inactives’ is in the period where a ‘short-term’ S1 form expires, say after the first 2 years of residency, leaving a period of 3 years where they may need to take out full private health insurance to meet the legal conditions of French residency. Although the costs of full private health insurance are to a degree restrained through competition from insurers, which is why it is always best to arrange cover with the assistance of an English-speaking insurance broker, these costs can still be onerous if not budgeted for.

Under pressure from the EU the French health ministry recently issued a Circular, dated 9th June 2011, clarifying the circumstances in which early access to the CMU might be permitted to those finding themselves in the virtual ‘no mans land’ between an expired ‘short-term’ S1 and 5 years permanent residency or eligibility for a ‘long-term’ S1 at UK state pension age.

Pressure from the EU has been stoked in recent years by a number of vocal expatriate campaigns in France and expectations were for a major relaxation of the rules. However, careful reading of the circular, which is for the guidance of local CPAM departments (Caisse Primaire d’Assurance Maladie), who control and administer access to the CMU healthcare system, suggests that the new rules are far from generous and will be closely policed by CPAM staff.

The Circular makes it clear that ‘early access’ to the CMU will be assessed on a case by case basis and gives some examples of circumstances under which such access may be allowed:-

– where health insurance cover has been lost due to loss of employment by a spouse, death of a spouse or as a result of divorce.

– generally, where the applicant can provide evidence that unforeseen circumstances and difficulties outside their control lead to a loss of existing health insurance cover.

It should be noted that these are only examples and local CPAMs are charged with assessing all applications individually. All assessments are likely to require the submission of full documentary evidence and comprehensive means-testing of income and capital resources.

So, in summary, the healthcare message for UK nationals planning a permanent move to France is ‘be prepared’; be sure to plan and budget ahead, and take independent advice well ahead of your move.

The good news is that if you fall ill and require medical assistance or treatment in France you will be in the hands of one of best healthcare services in the world. The key issues are for those who fall into the category of ‘inactive early retirees’ who need to plan and budget carefully to ensure they do not suffer from an unexpected financial shock to the system!