What can you expect now?… 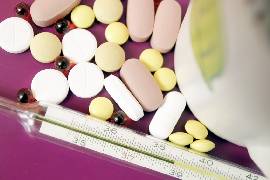 Ever since January 2007 there has been evidence of an impending reduction in the French State’s expenditure on welfare. The first measures which centred on immigrants from other EU member states were interpreted as unfair and possibly illegal discrimination. The heat that was aroused obscured the real issues, which are very far reaching indeed. The fact is that the cost of the post 1945 welfare state has out-run the wealth necessary to sustain it and this seems to apply worldwide where such welfare states exist.

Many reasons are put forward to explain the crisis that has arisen such as, aging populations; the increasing cost of the technology that creates the increase of the aging group; the demand for higher standards; the laid-back lazy attitude that a high level of welfare appears to engender, are some of them. Social welfare is just another service that has to be paid for like all other goods and services. The costs are enormous; the expenditure of the developed world on healthcare as a percentage of GNP reported by the European Commission based on returns made by some 25 countries shows an average of 9.31%. As might be expected, France spends more on the health of its population than any other reporting country including the UK and America.

However, the signs of a cut back in state expenditure on welfare and more controls to ensure better use of medical facilities are everywhere and France is no exception.

The French approach to the problem is a combination of measures that can be summed up as follows:

1. To reduce waste by the introduction of controls on the national habit of shopping around for treatment and medicines.

2. To improve the health of the nation by better planning of routine preventative treatment.

3. To enlist the cooperation of the medical establishment and the health insurance industry in the control and management of the NHS system.

4. To increase the patient’s participation in the cost of treatment.

The following measures have already been introduced as of August 2008 and more are under consideration:

The 1 Euro Participation at the Doctor’s

When you consult any doctor, whether on or off the care path, CPAM deduct a 1 euro ‘forfait’ from your reimbursement. This also applies to examinations involving X-rays or tests.

When a doctor performs a medical act (surgery, operation etc) which costs

A Dépassement is a charge made by a doctor, surgeon, or specialist etc. in excess of the official tariff. This is never reimbursed by CPAM and is becoming a serious factor in passing an increasing share of the cost of treatment to the patient. Dépassements in hospitals and private clinics are the most serious of all because of the potentially high level of costs involved.

The signs of an adjustment in the sharing of the cost of health care between the state and the individual are undeniable so, what conclusions can be drawn both now and for the future? In addition, what can you do to make the best of the situation here in France? I think they are as follows:

1. The adjustments to the NHS system that have been mentioned are not confined to France they are general and France still remains ahead as a good country in which to settle. Sadly, a number of people have given up and returned to their mother state. A comment made by a well-informed UK observer is that “they are going to find it worse here.” However, there still appears to be more people arriving in France to become resident than leaving and I anticipate that this trend will be maintained. In addition, the Five-year residency rule under which an immigrant resident acquires virtually the same rights as a French national is now fully recognised.

2. In the longer term the situation throughout Europe will improve as the process of integration and harmonisation continues. Already medical treatment for a resident of any state in any other member state is possible under EU regulations and the administration of the system to manage this is under discussion. This will help more in the UK than in France where waiting lists for the treatment of really serious illnesses such as cancer are still not a problem.

3. There can be problems during the arrival and settling in process; these usually result from delays in obtaining cover under the French NHS system due to the procedures entailed or misinterpretation by local CPAM officials. Another cause of a delay is the lack of, or expiry of an E106 issued after 23rd November 2007 resulting in a gap before qualification for an E121. Yet another cause is a failure to observe the correct procedures in becoming legally resident in France. This is mainly through ignorance and is quite frequent. We publish a paper on the subject that is freely available to anyone that asks for a copy.

4. The way in which you can make the best of the present situation and future developments is by having correct and timely information and acting on it. We find that most people turn to their health insurer as their first resource and it is very important that the insurer you choose is able to give you the information and advice you need and acknowledges its responsibility to do so. At Exclusive Healthcare, we believe that this is a major part of the service we offer and we maintain a research team that keeps a constant watch on changes in the health care regulations and statements made by government authorities that may indicate future trends.

1. From 1st January 2009, a further lowering of the current 50% CPAM reimbursement rate by 20% for patients who consult certain specialists directly instead of following the care path by first going through their registered GP.

2. An “arrêté” dated 2 October 2008 requires doctors who charge dépassements equal to or exceeding 70 euros to provide the patient with written information before treatment.

3. There have been reports in the press of Sector 1 doctors who charge dépassements (outside the very limited authorisation when a patient insists on say a home visit out of hours – but neither this nor any other dépassement is ever reimbursed by CPAM).

4. Everbody has to pay the medical franchises, with the following exceptions: