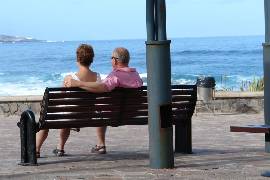 The past year saw changes that have had an impact on the lives of many people of all nationalities worldwide becoming resident in France. The focus in the English language press has been on British nationals, but they have not been singled out alone. The central theme has been CMU and the rights and terms of residency. Other member states concerned about the welfare of their nationals appear to have become involved in negotiations to reach a solution. An official government paper has been published and it seems that whilst some problems still remain, the outcome is better than many had expected.

There is one matter, however, that is now in more urgent need of attention than it was before the CMU changes. This is something which we know as the Dependent Beneficiary Problem and it concerns the right of members of a family to basic State medical cover on the basis of an E121, E106, etc. held by another member of the family with whom they are living under the same roof. This right is based on the concept of the free movement of people and their families throughout the EU and has existed since the EU Social Security regulations came into force in 1971.

This right was first implemented by allowing a direct claim for basic State medical treatment for other members of the family to be made on the family holder’s ‘E’ Form, using a box on the claim form provided for the purpose. This apparently worked well until 2002 when a new EU regulation, introduced in 1998, was implemented in France. This required that every member of the family had his/her own duplicate ‘E’ Form so that accounting could be done on an individual basis instead of by family units.

There was an immediate outcry because the first the public knew of the change was a CPAM refusal to pay a claim, with a bald statement that everyone must now have their own ‘E’ Form. Our helplines, already in operation, were jammed with calls protesting that people would never have come to France if they had known that this was going to happen. As the issue of the duplicates started automatically soon afterwards, the panic subsided.

However, a couple of years later it was pointed out that the definition of the word ‘dependent’ differed widely between member states. This led to a meeting of the representatives of all member states at which it was decided that each member state should rule on the interpretation of the word under its own laws in each individual case. Thus, at a stroke of a pen, harmonisation throughout the EU went out of the window.

Another important problem is the definition of the word ‘dependent. In France dependant means ‘financially dependent’. There have been instances recently in which a CPAM authority has ruled that in the case of a married couple living together on the wife’s Dependant Beneficiary’s E121, issued by the UK Department of Health, the husband cannot be registered since he has a private pension and is not therefore financially dependent on his wife.

Such a ruling ignores the fact that the UK authority will pay the Dependent Beneficiary’s basic state medical costs. In one case a person appealed to CLEISS ((Center of European and International Liaisons for Social Security) which found in his favour and which has asked CPAM to review its decision, and, in the event of finding itself unable to change its position, to explain the reasons. CPAM have now registered his E121, and a Carte Vitale issued.

The position, under the law, is that a married couple living together cannot be denied Dependent Beneficiary status – each to the other, and this applies equally to a couple who have entered into a PACS Contract. Such people are not obliged to prove financial dependency for the purpose of being granted Dependent Beneficiary Status.

However, where people are living together as a married couple, but are not in fact married, it must be proved that the proposed Dependant Beneficiary is totally, effectively and permanently, financially dependent on the other partner.

I would like to emphasise that France is no different from the rest of Europe. Most welfare state budgets are under pressure, heavily in deficit, with inevitable cutbacks. Indeed, this situation is worldwide and in many regions social security welfare does not exist at all. Perhaps this is one of the primary causes of the age of turbulence in which we live.