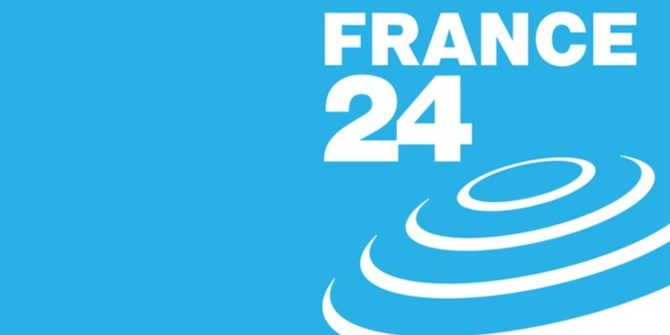 Whether you live in France or own a second home, keeping up to date with French news is important. Offering multi-lingual coverage of both French and international news, France 24 is one channel you might want to add to your watch-list.

France 24 aims to give an alternative perspective to the CNN and BBC World news channels, which are also shown around the world. The French channel, or more accurately, network, is broadcast in both French and English, as well as Arabic and Spanish.

France 24 is the brainchild of President Jacques Chirac. Unhappy with the coverage of France’s position on the Iraq war – he felt it was overlooked by the ‘Anglo-Saxon’ media – President Chirac came up with the idea of France 24.

The channel is a joint venture between the private TF1 station and the publicly owned national French broadcasters (responsible for channels such as France 2, France 3 etc). The channels had little say in the creation of France 24, and the process has been likened to the Queen and the Prime Minister, Tony Blair, asking the BBC and ITV to create a 24-hour news channel together.

President Chirac believed the channel will help France win the ‘global battle of images’ against the likes of the BBC and CNN. However, France 24’s publicly funded budget of €80 million per year is a fraction of what the other channels have. Still, it is hoped that over time, France 24 will reach a worldwide audience of 190 million.

How to Watch France 24

The channel is available 24 hours a day, 7 days a week. In France, it can be viewed via cable and satellite packages, although not via TNT (the French freeview service). For those with Sky, the channel comes with its basic package.

Approximately 170 international journalists work on the service, and interestingly for our UK readers, a few familiar faces from ITV and BBC’s recent past can be spotted.

As well as news, a hefty chunk of programming is given over to French culture and lifestyle, in the hope of showing how France leads the way in matters lifestyle. These should make interesting viewing for those people already living in France or for those thinking of making the move.

Previous Article Finding Your Dream House in the South of France
Next Article French verb focus: devoir, ‘to owe’ or ‘to have to’