An entrepreneur in Cannes 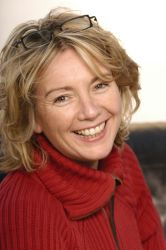 Mairead Molloy was living in Ireland when she decided to sell up, move to Cannes and open a hotel. That was in 2000. Mairead is still in the south of France but she’s got a new project now, in the shape of Berkeley International, an introduction agency for cash rich but time poor individuals including TV and film stars. From buying abroad to establishing a business in France, Mairead tells it like it is…

What first attracted you to life in France?
It was a change of scenery, the sense of adventure and something new to discover.

What preparations did you make before you went out?
None really, I just sold the house and bought a hotel!

How did friends and family react to your move?
They were delighted, as they’d have somewhere new to holiday.

The lifestyle, the laid back attitude, the food and the French.

How did you go about finding your current home, was it a long search?
No. It was very easy, much like buying in your own country – you just have to keep looking until you find what you want.

Did you always intend to set up the introduction agency?
I am an entrepreneur; I’ve opened a computer company, bought a hotel and now I have an introduction agency. I also work as a psychologist… If it’s in your blood, then you just have to go with it.

Describe a typical day.
I get up 7am, then I watch the news, have a coffee, go for a swim, check my emails, deal with the day to day work schedule and always find time for a glass of vin at 6pm.

Apparently, you’ve helped TV and film stars through your introduction agency. What can you tell us about them?
All I can say is that they are all perfectly normal people, who just want to meet other normal people. I can’t give you any secrets!

What have been the main challenges associated with moving to France?
The tax and the administration! The French are easy to deal with, I have never had any issues with them.

Can you speak French?
Yes, fluently. You must speak it in order to communicate.

What are the differences between life in Ireland and in France?
Life goes at an easier pace in France and the ‘must-haves’ that we put on ourselves, like mortgages, don’t really exist as they do in Ireland.

Do you miss anything about Ireland?
I have been here 11 years now, so not really. I often go back to see my family though.

Do you have any amusing anecdotes of your time in France?
So many things happen down here. The funniest times were when I had the hotel – total disasters, like running out of oil on a bank holiday weekend in the middle of a festival or dealing with the French tax system. Then there were the showers flooding, people drinking too much, terrible love stories… I could write a book!

Previous Article Boating in France: a glossary
Next Article Where do French people go on holiday?