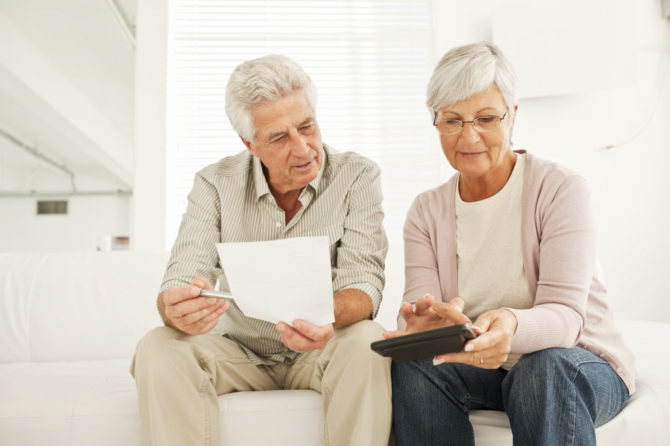 The rights of British expats retired in France are protected under the UK’s Withdrawal Agreement with the EU, but you probably still have a lot of questions about what changes moving forward. Here’s what you need to know about your securing your future in France, from pensions to healthcare.

Pensioners Living in France Post-Brexit: Your Right to Stay

If you were resident in France before January 1st, 2021, your rights as a French Resident are protected, but you must apply for a French Residency Card (Carte de Séjour) before July 1, 2021, to secure these rights.

Pensioners who have lived in France for more than five years or already have permanent residency status will not need to meet any minimum requirements in order to stay. However, those who have retired to France within the last five years will need to show sufficient funds or assets – read more about this in our guide to Living in France After Brexit.

Applications can be made via France’s online residence permit application site.

The Withdrawal Agreement brought good news for pensioners living in France. Essentially, not much will change regarding receiving your pension in France from 2021 onwards.

British pensions will continue to benefit from the current system of uprating – the ‘triple-lock’ agreement by which anyone who retires to a country within the European Economic Area sees their UK state pension rise in line with inflation, earnings, or by 2.5% – whichever is highest.

‘Pension aggregation’ will also continue, meaning that British retirees who have worked in different EU states and contributed to different social security schemes will have these periods accounted for when calculating their state pension.

Retirees in France will also still have the option of transferring UK private pension funds into a Qualifying Recognised Overseas Pension Scheme (QROPS), although transfer fees may change after Brexit. Currently, transfers to EU/EEA-based QROPS are tax-free, but there is a 25% transfer charge to other overseas countries. Now that EU regulations are no longer in place, the UK government could opt to extend these charges to EU transfers too.

Read more about your options for UK pensions in France.

Healthcare Rights for Retirees in France After Brexit

More good news for retirees whose healthcare in France is currently covered by the UK. Health insurance coverage for those currently retired in France will not change from 2021 onwards and will continue to be provided by the State that pays your pension.

For retirees in France receiving a UK pension, this means your health insurance will be covered directly by the UK. If you are currently receiving healthcare under this system, nothing will change moving forward. If you have recently moved to France, you will need to request an S1 form from your UK pension fund to register for healthcare cover.

Read more about your Healthcare Options in France.

Retiring to France After Brexit

With freedom of movement for British citizens ending from January 1st, 2021, moving to France becomes a little more complicated. However, just as pensioners from America, Australia, and other countries outside the EU manage to retire to France, it will still be possible to retire to France now that the UK is no longer in the EU.

You will need to apply for a Long-Stay Visa Serving as a Residency Permit (Visa Long Séjour valant Titre de Séjour or VLS-TS), and each case will be considered on an individual basis. The most important factors will be proving that you have adequate funds or capital assets, as well as sufficient healthcare coverage.

Don’t pack your bags just yet, though! Remember that while uprated pensions and healthcare coverage are protected for British retirees in France before 2021 (and these are protected for life under the terms of the Withdrawal Agreement), there is no guarantee that the British government will continue this from now on. It seems unlikely that the UK will continue S1 healthcare cover for British pensioners and there is a good chance that pension uprating will end too.

The bottom line – if you do want to retire to France, you will likely need a secure private pension and/or considerable assets (such as a mortgage-free UK or French property), as well as private healthcare coverage.

Read more about Moving to France After Brexit.

Keep checking this page for the latest news on retirees and pensions in France after Brexit or head to our Brexit zone to learn more about living, travelling, and buying property in France from now on.