Grow your own with a clear conscience 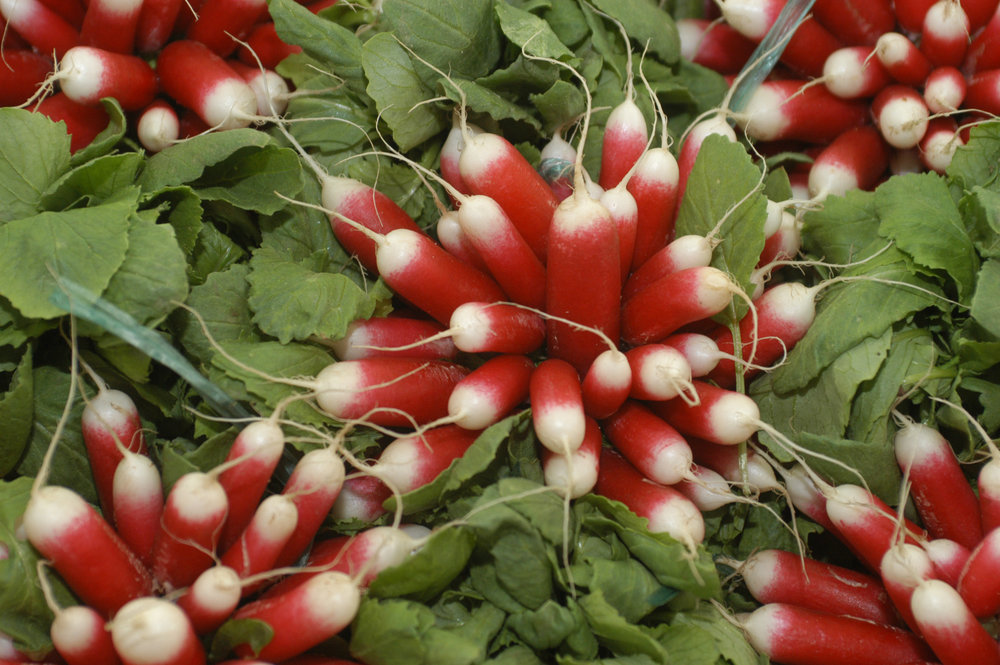 As a vegetarian or vegan you might like to try growing some of your own food — or maybe you already do. That’s a great idea, but how do you go about it? Hopefully you will prefer organic methods rather than relying on artificial chemicals; but then a dilemma arises, for most organic gardening books reek of the products of animal slaughter and exploitation, such as blood, fish and bone meal, and even manures are from animals that will eventually be slaughtered. As a consumer, the same problems arise, because traditionally organic food is grown using these materials. Look carefully at the list of organic fertilisers in any gardening catalogue and see how many of them originate from animal sources.

The Vegetarian Society’s own information sheet on gardening explains that many vegetarians want to garden without using animal products and without any unnecessary killing of even the humblest animal. If you really want to grow your food in a healthy, environmentally friendly way, without the exploitation of animals, then the only option is use animal-free organic methods. This article briefly outlines some of the techniques involved and explains the worldwide benefits that would come from large scale animal-free growing.

Animal-free organic methods, sometimes called stockfree-organic or vegan-organic, challenge the perception that livestock brings ecological harmony to the growing of crops; in fact, all life ultimately depends on plants, which do not have to be passed through an animal in order to promote soil fertility. Those who say that animals are an essential part of agriculture have been conclusively proved wrong by many home growers, successful commercial growers and by government-sponsored research into the subject. Animal-based agriculture is actually harming the world’s environment.

If you really want to grow your food in a healthy, environmentally friendly way, without the exploitation of animals, then the only option is use animal-free organic methods.

Grow your own — with a clear conscience!
Once you have acquired some experience, it’s easy to grow your own food without the use of animal-derived materials. Instead of spreading animal manures and slaughterhouse waste products on the land, try using time-honoured techniques such as compost, green manures, mulches and crop rotations to grow over 60 different varieties of annual vegetables, even in our UK climate. You can also grow perennial crops, like artichokes, asparagus, strawberries, raspberries, currants, apples, cherries and nuts or ornamentals.

So what are the basics of an animal-free organic growing system?

Firstly, restoring organic matter levels is the key method for improving soil health. Make as much compost as you can manage and return it to the soil. Most gardening books explain how t make and use it.

Here are some potential sources of suitable organic material:

Chances are that you may not have enough compost to go round, so the careful use of green manures will come into its own. There are many green manures that can be grown in order to increase the fertility and humus content of the soil. Basically you:

Sow the green manure plant
Allow it to grow (but do not let it flower)
Cut it down (or keep mowing if growing for a while)
Work the wilted material into the soil along with its roots, or leave it on the surface as a mulch.

Green manures have different roles — clovers, alfalfa and vetches will add nitrogen to the soil; red clover and lupins have deep roots that recover nutrients from lower down in the soil; cereal green manures (such as buckwheat, oats, barley, rye) are good for growing later in autumn and providing soil cover over winter. Green manures and crops can be grown at the same time in a process known as ‘undersowing’. The vegetable seedling is allowed to get to a certain size and then (usually around early July) it is undersown, with clover seeds being broadcast underneath.

Once crops are growing you will need to protect them against pests and diseases. Plants grown in a fertile soil will be healthier and will have greater resistance. Options for increasing biodiversity in your garden, to ensure a good predator and pest balance include:

Removing slugs and snails, which seem to be the biggest problem. Try going out at night with a torch, picking off the offending molluscs and moving them to where they cannot do any harm.

A pond will attract a wide range of amphibians, which will feed on the slugs, and will become a watering hole for all the beneficial Insects.

Think of the ‘pests’ as ‘competing organisms’ and you will feel better towards them!

The big picture: problems and solutions

There is great concern about how the world’s rapidly expanding population can be fed without causing an environmental catastrophe; in fact, the way food is being produced now is causing huge problems. Vegetarians often understand the issues involved, but all too few others realise that there is a second population explosion – that of animals deliberately and unnecessarily bred for food, increasingly in highly intensive systems. Such animals are far less efficient than plants at providing food.

In Europe, some 80% of farmed land is used for livestock, but it’s not enough, and so each year we import fodder from the developing world — fodder that takes up an area of prime agricultural land equivalent in size to Britain, France, Italy and New Zealand combined. Each year millions of animals consume an unimaginable volume of high-quality feed, while the 12 million children who die from hunger-related diseases are merely part of the ‘collateral damage’. Dumped slurry from intensive farming continues to pollute water across the developed world and methane-emitting livestock contribute massively to the ‘Greenhouse Effect’ and global warming. Ammonia from animal waste and agricultural fertilisers contribute to acid rain which kills aquatic and plant life.

Again, the answer, for ethical and practical reasons, is a change to animal-free methods, which have been proved to work on a large scale. The nationally respected Elm Farm Research Centre, ADAS and the Co-operative Wholesale Society have been running successful trials into ‘stockless organic cereal growing and have shown that stockfree-organic farmers can be more financially successful than their chemical counterparts.

In the UK (and indeed all over the world) there are already working examples of market gardens supplying hundreds of people with excellent crops grown animal-free. One example is Tolhurst Organic Produce near Reading where lain Tolhurst has turned poor quality land into an internationally known model for vegan-organic cultivation. Off 17 acres, he provides 300 families a week with most of their vegetable needs; it is estimated that a large scale commercial grower selling wholesale or to the supermarkets would need 100 acres to get similar returns.

Help is at hand!
This article has been written by supporters of Vegan-Organic Trust (VOT), an international educational charity providing information and research about the methods outlined. The charity’s supporter network is known as Vegan-Organic Network (VON). Supporters receive the magazine Growing Green International; every issue is packed with advice, information and contacts. VOT publishes lists of vegan-organic farms which need voluntary or paid help, runs courses and visits to vegan farms and has a panel of experts available to advise members on all aspects of growing from windowsill gardening to farm scale. Information sheets on various topics are available at nominal cost.

In cooperation with the Soil Association, VOT is producing the Vegan-Organic Stockfree Standards, which will enable farmers to consider stockfree organic certification using the SA and VOT symbol.

Vegan Organic Trust is staffed entirely by volunteers and relies on supporters’ subscriptions and donations. Our ambitious objective to establish an Education, Demonstration and Research Centre is firmly taking shape. This centre will demonstrate to growers and consumers alike how food can be produced without animals; achieving this means that we need to raise more money and enrol more members. We would be pleased to send you details of how you can join and answer any questions you may have. We need you and look forward to your response.

This article appeared in the Autumn 2003 issue of The Vegetarian, the magazine of the UK Vegetarian Society. For more information go to