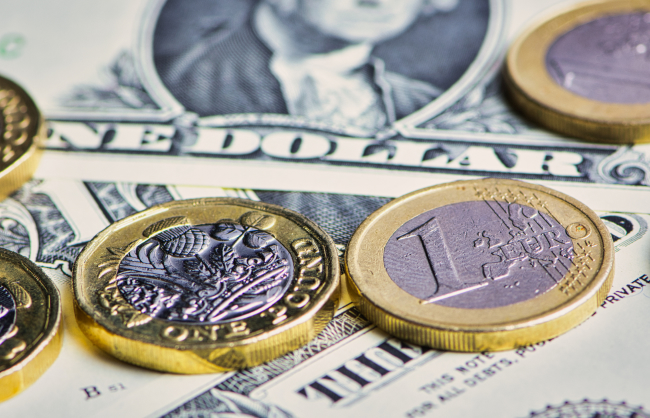 The much-anticipated Autumn budget statement, announced by UK chancellor Jeremy Hunt yesterday (Thursday), delivered a substantial package of tax rises combined with spending cuts, that at £55bn, seek to reverse the shambolic ‘mini’ budget tax cuts and unfunded spending plans, orchestrated by his predecessor Kwasi Kwarteng just eight weeks ago. The package has also been designed with the aim to tax those who can afford it more, with an increased tax on energy companies, with their windfall taxes on profits rising from 25 to 35%, and the point at which higher income earners get taxed has been lowered from £150k to £125,140.

Energy bills set to rise As expected, the help with energy bills scheme will now be scrapped for all from next April, which is set to see a typical energy bill rise from around £2,500 to £3,000 per year, although in reality, many typical consumers will have been paying far more for their energy supplies, even before the government changes come into consideration. However, extra payments will be coming for those on benefits, pensioners and disability benefits.

Interestingly enough, many of the increases in taxes will not kick-in until after the next election, although that may just have been a complete coincidence. The office of Budget Responsibility (OBR) also suggested that the planned tax rises and spending cuts should ensure that the UK recession is far shorter. Given the fact that the UK is currently paying more in interest charges on existing debt, than on any public service bar the NHS, the need for a re-think, albeit at a time when the cost-of-living increases is already making it tough for so many, has been clearly evident. This is especially so, given that surging inflation, at over 11%, will ensure that the BoE will need to consider further rate hikes, even if the UK is now already in a recession, according to the good people at the OBR.

The pound slipped on the session, but the market reaction has been fairly positive, when balanced against the apocalyptic reaction from the last version delivered by the previous chancellor Kwarteng. GBP/USD slipped from a high of around 1.1958 to under 1.1765, however, much of that move can be attributed to a broader risk-off session across the board, with the dollar finding some intra-day strength. Indeed, by Friday morning, GBP/USD was back over 1.1900 again. GBP/EUR drifted from around 1.1460, to 1.1400, before bouncing too.

Having bounced from around 0.9750 to just under 1.0400 from the beginning of November to the end of last week, this week has been fairly flat for EUR/USD, with the single currency maintaining those gains, without pressing forward. Mixed messages have played their part, with rumours of a split amongst the ECB as to whether they should continue raising Euro area rates at 75bps going forward, or adopt a smaller pace of hikes. Economic data has also plated its part, on the one hand, slightly softer regional headline (Harmonized) yearly inflation of 10.6%, versus an expectation of 10.7% could be considered a positive, however, weaker regional employment gains, soft growth, and tepid manufacturing data, also suggest that the economic slowdown is accelerating.

Further evidence of the slowdown could come in the shape of next weeks region-wide PMI reports, which are likely to slip further into the mid 40 ‘s across the region. Remember, anything below 50 is considered as an economy that is contracting. That is likely to be followed by weakness in the latest German IFO survey, as the impact of high inflation and surging prices damages the current outlook and immediate future prospects.

A crossroads for the single currency

The single currency is therefore at a bit of a crossroads. EUR/USD may have briefly achieved a new cycle top at 1.0480 earlier in the week, however, markets remain cautious about the prospects for the ECB to continue to be able to deliver bold rate hikes, against that weakening backdrop. It may therefore take relative US dollar weakness, or more concrete signs of weakening inflation in the region to inspire further gains in the single currency, or face the likelihood of an extended period whipsawing around the parity region.

Previous Article Editor’s Pick: 6 Articles You Need to Read if You’re a Second-Home Owner Post-Brexit
Next Article How to Open a French Bank Account as an American in France