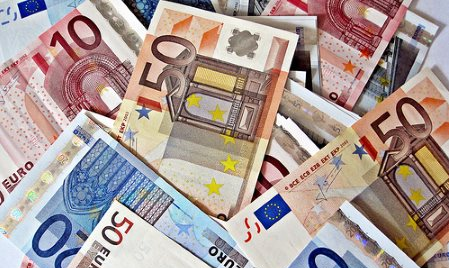 Having walked the presidential election, Emmanuel Macron won an equally emphatic mandate for his La République En Marche! party in the National Assembly, winning 301 of the 577 seats.  It put his coalition with the Democratic Movement in a commanding position with a total of 350 seats.  The result did not come as a complete surprise, and France is only one of 19 members of the euro zone.  But it is an important one and investors have been reassured that the Franco-German core of Euroland is singing, if not necessarily from the same hymn sheet, then certainly from the same book.  Investors’ confidence in the viability of the euro is no longer under threat, even if there continues to be a debate about its fair value.

That debate took the euro broadly higher in June.  It was well off the pace of the commodity-oriented Australian, Canadian and NZ dollars but it was a winner on most fronts.  The euro strengthened by 2.4% against the US dollar, more than two and a half  cents, and it went up by four fifths of a cent against sterling, 0.7%.

Economic data from the euro zone tended to support the currency.  Business and consumer confidence  was solid, industrial output moved ahead at a respectable rate and the economy grew by 0.6% in the first quarter, three times the pace of Britain’s expansion.  Inflation was the only real stumbling block: at a preliminary 1.3% for the year to June it was lower on the month and well short of its 2% target.

From the European Central Bank’s point of view that shortfall is significant.  Even with the euro zone economy gathering speed, and even under strong pressure from Germany and others to “normalise” monetary policy the ECB Governing Council finds it difficult to follow the lead of the US Federal Reserve, which has increased interest rates three times in the last eight months.  The official word from ECB president Mario Draghi was that rates will remain at their current ultra-low levels for a considerable time and the bank will continue with its monthly purchases of €60bn of securities.

There was, however, a subtle twist to this outlook in late June.  Sig. Draghi implied in a speech that the ECB would be ready to tighten policy, either with higher rates or a slower pace of asset purchases, when economic conditions allow.  The euro jumped higher after his comment.  A day later his lieutenants told Reuters that the market had read too much into his remarks, so the euro had to hand back some of its gains.  However, central bank heads from Britain and Canada said much the same thing in an ECB forum, the Bank of Canada’s Stephen Poloz noting that “low interest rates have done their job”.  The ECB might be behind the curve but there does now seem to be a meeting of the minds on this subject: interest rates, including euro interest rates, will eventually begin to head higher.  The only question is when.

An Unusually – and Surprisingly – Successful Week for Sterling – Sterling Update