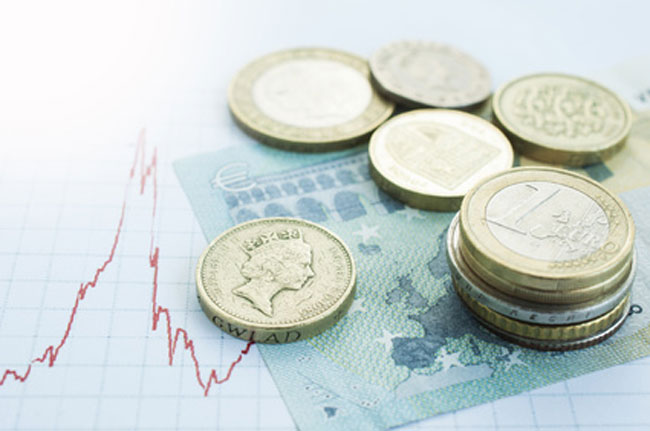 So how does the fluctuating exchange rate actually affect you? Let’s start with the basics.

The exchange rate is the rate at which one country’s currency is exchanged for another. Essentially, it dictates the value of one currency relative to another. For example, on the eve of the Brexit referendum, the GBP/EUR exchange rate stood at 1.3150 (you could buy approximately €1.3 for £1). This fell to 1.2026 on the 24th June, the day after the decision to leave the EU. This is equivalent to a fall of nearly 9% in a single day, meaning that if you had a budget of £200,000 for a property in France, the day after the referendum on Britain’s exit from the EU, you’d only be able to get €240,520 for your pounds, compared to €263,040the day before- a difference of €22,520 in a mere 24 hours.

This is an extreme example, and Brexit was a monumental event that doesn’t come about every day, but it nevertheless shows the effect that external factors can have on the amount of currency you’ll receive for your pounds. But why did Brexit cause the value of the sterling to plunge so precipitously? And what other factors influence the exchange rate?

Brexit caused the GBP exchange rate to fall by so much, as it encompasses a number of supplementary factors that all have a part to play in dictating how much a currency is worth. One of the major impacts that Brexit had was to produce uncertainty on the future of the country which lead investors to withdraw their funds from the UK. One of the main concerns regarding Brexit is the loss of access to the single market as well as the fear that London will no longer be the world centre of the financial services.

However, the main factor that influences the exchange rate is interest rates, a topic particularly pertinent to the present time. The Bank of England (BOE) decided to raise interest rates by 0.25% to 0.5% on the 2nd November. A rate increase tends to be a positive development in terms of the value of the currency, because it increases the value of savings, encouraging investors to move their currency into the country, again pushing up demand. Taking this into account, there was some disappointment on the day the BOE confirmed the interest rate raise.

Why didn’t the rate move higher after the decision? The effects of an economic event –such as an increase on interest rates- don’t always reveal themselves on the actual day but on the days or weeks preceding the anticipated event. This is exactly what happened here. From the moment the BoE hinted that a rate rise was forthcoming, the pound gained around 6% against the Euro. This occurred about six weeks prior to the actual event. Then, on the actual day we saw the pound fall in value. Why? Because the interest rate rise was already factored in and the BoE stated that they likely wouldn’t be raising rates again for about a year. This led to profit taking of the long sterling positions that had been building up prior to the meeting.

We are currently living in times of uncertainty and this could be very unsettling if you have to organise an international transaction any time soon. The good news is that there are things you can do to mitigate the effect of unexpected volatility. By using a foreign exchange specialist rather than a bank, not only you will get access to better rates –with savings of 2-4%- but also free expert guidance on the currency, potentially saving you thousands on your transaction.

FrenchEntrée has been working with foreign exchange specialist Moneycorp for over ten years and helped thousands of clients with their transactions to and from France. Opening an account with them is free and doesn’t involve any obligation. In addition, all enquiries received through FrenchEntree will receive free transfer fees on all your payments. Call Moneycorp on +44 (0)20 3773 6355 for more information or to discuss your currency transfer requirements or use the link below to open a free account today.