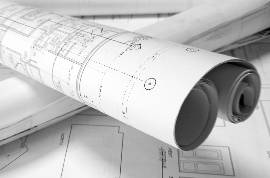 French planning law is a huge topic. However the rules and procedures were somewhat simplified by legislation which came into force on 1st October 2007, and by further changes to the planning rules as of 1 January 2012 and 1 March 2012.

Strict compliance with the rules is essential for any person wishing to carry out a “development”, particularly for those who are not local residents. The activities of outsiders in many parts of rural France are closely observed by local inhabitants. Nothing goes unseen!

The decision making and enforcement of the rules, as in the UK, is vested in the State. The State has delegated responsibility to the Local Authorities (Communes) of which there are some 36,500 in France.

In practice this means that control of planning is either in the hands of the local Town Hall (la Mairie) or is dealt with by the DDE (Direction Départementale d’Equipement). Establishing which of these bodies/authorities makes the planning decisions is therefore a priority when considering a building project of any kind.

These plans cover the use of land in the commune and set out the planning status of various zones i.e. housing, light industry, agricultural, schools and education and community activities.

In addition, many communes have also introduced a risk prevention plan – Plan de Prévention de Risques (PPR). This sets out details of any natural or technological risks affecting the area such as flooding, forest fire, avalanche, coastal erosion. Where such a plan exists, restrictions on development or rebuilding are built into the plan.

On the sale of land or residential property, the seller must disclose whether or not such a plan exists. If there is a risk prevention plan, a copy must be provided to the buyer before the contract is signed.

Once the basic planning framework for the commune has been checked, the next aspect of French planning law and procedure to consider is the planning certificate – Certificat d’Urbanisme.

However, it is important to be aware that even if the land or property you are buying has a valid CU this does not equate to what we in the UK call “outline planning permission”. An application for a CU must include details of the intended project and if a positive certificate is issued this means that once a full planning application (Demande de Permis de Construire) is submitted, it is likely to be favourably received.

Once issued, a CU remains valid for 18 months. This means that you need to submit a detailed planning application within that 18 month period otherwise the certificate will lapse. It is possible to renew a CU but strict timescales apply.

So, once you have checked the local plan, analysed the local risk prevention plan and verified the planning certificate, then it is time to look at the three main types of planning consent.

One of the above consents will generally be required for all new construction, for major works to an existing building or for demolition of an existing structure. However, certain small scale projects are exempt and will often simply need a declaration of intended works known as a Déclaration Préalable.

Taking the Permis de Construire first, once issued this permission relates to a specific building on a particular defined plot of land. It is not a personal consent to an individual but applies to the land and may be transferred with the agreement of the owner of the land to a third party without the need for a new application.

A Permis de Construire will be required for any new construction (with certain specific exceptions). If the proposed new dwelling is to have a habitable area of more than 170m2 then an architect must be instructed to prepare the plans and also preferably to apply for the consent.

In terms of works to an existing building, unless the work is maintenance or repair the following will generally require a Permis de Construire:

Legal Obligations for Health Insurance and Employee Benefits in France