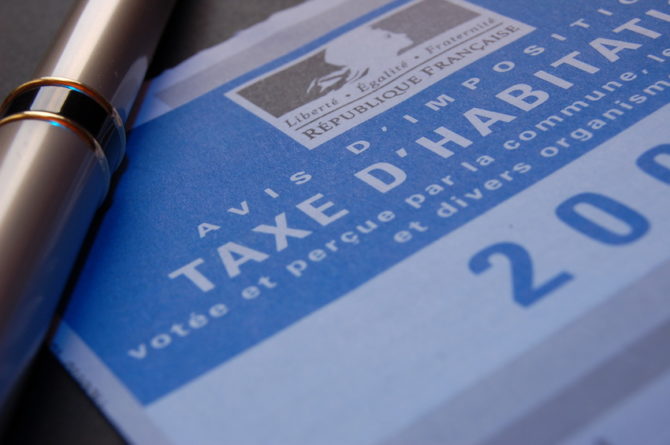 France is notorious for being one of the highest tax-paying countries in Europe, so it should come as no surprise that as there are taxes to pay as a French homeowner. Here’s what you need to know about French property taxes, including your tax-paying responsibilities, tax rates, and how to pay your property tax bills.

What Taxes Do You Need to Pay on Your French Property?

The two main property taxes are:

Note that as of 2023, the Taxe d’Habitation is only applicable to second homes. It is no longer payable on any primary residences.

There are two other taxes that you will find added to your property tax bills.

The first is the Taxe d’Enlèvement des Ordures Ménagères (TEOM), or refuse collection fee. This is typically included in the taxe fonciére and applies to all homeowners that benefit from waste collection services organised by the local commune. While this tax is paid by the property owners, in the case of a rental property it can also be recharged to the tenant as monthly or annual charges included in the rental amount.

Read more about this in our article Recycling, Waste, and Refuse Collection in France.

Good news for French homeowners – as of 2022, the contribution à l’audiovisuel public (CAP) or TV licence has now been scrapped.

Who has to pay French property taxes?

Taxe d’habitation is a residence tax. You have to pay this tax if you own a property and live in it yourself, have it available for your use, or rent it out on short-term lets. Where properties are rented out long-term, this is paid by the tenant.

Both taxes apply to non-residents as well as residents, and are often higher on second homes than on main residences due to possible discounts on the main home.

If you sell a property part-way through the year, the tax is apportioned by the notary dealing with the sale.

An exemption is available against the main home if the occupant is 75 or over (or in receipt of certain disability or old-age allowances) as of 1st January of the relevant year, based on the level of taxable income in the previous year. Exemptions are also made for low-income households that fall under a benchmark tax income set annually. The calculation depends on the number of “family quotient” (quotient familial) units available.

Where the taxpayer is aged between 65 and 75 on 1st January and their taxable income falls below the above limits, a flat €100 discount is available against the taxe foncière payable on their main home (unless they share the house with anyone other than a spouse or dependant).

Exemptions and reliefs are available on land used for certain purposes such as farming.

New buildings and renovated properties used as the main home are exempt from taxe foncière for the first two years after construction. Renovated properties can benefit provided that reconstruction or additional construction work has been carried out, and is determined according to the nature and size of the work. A special Tax Form (H1 or IL) must be filed with the local tax authorities within 90 days of completion of the property or renovation works.

How much is the Taxe Foncière?

The Taxe foncière is calculated once a year for the entire year based on the situation on the end of the tax year (January 1st). The tax is calculated using a tax base equal to half of the cadastral rental value (which is updated annually) and a tax rate set by the regional communes.

Find out more about the Taxe Foncière here.

Phasing out of the Taxe d’habitation

How much is the Taxe d’Habitation?

The tax is based on a notional rental value for the property multiplied by the tax rate fixed in the locality, and your personal income situation (of the taxable household). The 2022 taxable income is taken into account for calculating the exemption available against the 2023 taxe d’habitation.

Find out more about the Taxe d’Habitation here.

Taxe d’habitation on these properties will continue to be calculated in the same way as before, with tax rates fixed by the locality. However, it’s important to note that the commune will be able to add additional charges to this tax if your second home is located in a ‘zone tendue’, an area where there is a known housing shortage. The idea being to discourage second-home owners from keeping a property empty in these zones.

How to Pay Property Taxes on Your French Home

Demands for both taxes are sent annually or available online via the tax portal here (this depends on whether you’ve selected the ‘online only’ or paper option on your account – see below), and the bills or avis d’impôt start going out in September (taxe foncière) and October (taxe d’habitation) each year. The amount must be paid by a specified date, usually in October (taxe foncière) and November (taxe d’habitation), but this varies from place to place. Failure to pay on time incurs a 10% penalty.

Payments can be made by cheque, interbank payments, bank transfers or online, and the deadline is usually a few weeks later for online payments.

Will I be sent a tax bill?

Note that if you’ve selected the ‘zéro papier‘ option for your tax bills, you will not be sent your tax bill. It will be your responsibility to log into your account and pay your bill. Email reminders are typically sent out, but they have been known to get lost. Not having received an email is not an acceptable excuse for not paying your tax bill, so it’s a good idea to put these dates in your diary. You can check which option is selected by logging into your account and going to ‘mon profil’. Under ‘mes options’ and ‘mes options de dématérialisation’, you can see whether you have activated the ‘zéro papier’ (i.e. online only) option for your avis d’impôt sur le revenu (income tax return) and avis d’impôts locaux (local/property taxes).

See our France Tax Calendar 2023: All the Key Dates for Your Diary

Own a Property or Second Home in France?

Our Essential Reading articles cover everything you need to know as a French homeowner from property taxes and home insurance to paying your bills. Perhaps you also need recommendations on removals to France, advice on building and renovations, or tips for managing a second home? FrenchEntrée is here to help! We can even advise on selling your French property.