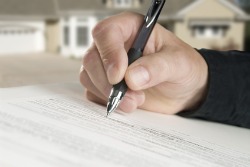 Rental agreements are one of the most commonly made contracts in France and the legal regulations that apply to them are very precise. However, the rules are subject to changes, depending on changes in government. Whilst the original system was designed to protect the landlord’s interests almost exclusively, the current one (6 July 1989 Act) is more balanced and provides tenants with more rights than previously.

It is crucial to be aware of the main provisions applicable, as these will apply regardless of the tenant’s citizenship. Before going deeper into this topic, it must be stressed that the rules which will be presented concern the lease of living space and not those designed for professional or commercial purposes.

A written tenancy agreement must be in place so that the tenant is aware of his or her rights and duties. It should be drafted by the landlord and then approved by the tenant. Each party keeps a copy of this contract (if there is someone acting as a guarantor for the payment of the rent, then they too should receive a copy of the contract). Although it is possible for the landlord and the tenant to write the contract themselves, it is strongly advised that you have a suitable model upon which to base this.

When the contract is drafted by a professional like an estate agent, the fees involved are usually divided between the landlord and the tenant. With regards to eventual fees, it is important to emphasize that no charge can be asked of the tenant, except where there is a disagreement between the landlord and the tenant making it necessary to hire a bailiff. Therefore, it would be illegal to charge the tenant for file management or for the contract’s renewal.

According to French law, the lease contract must contain certain stipulations. These include:

However, some clauses would be invalid even though stipulated. For example: 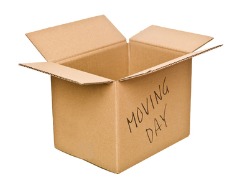 It is also important to be aware that the tenant’s marital status could influence the rental agreement. If the tenant is married, both spouses are tenants, even if only one of them signs the contract. Both spouses have to pay the rent but the landlord can request the whole payment from just one spouse.

In the case of a registered partnership, if only one spouse signs the contract, he or she is the only tenant, although their partner will have the right to remain in the property if the official tenant dies.

In either case, the tenant has to keep paying rent until the end of the notice period, except if the landlord can rent the place to a new tenant before the end of that deadline.

If the landlord wants to terminate the contract, it could mean one of two things:

– The landlord wants to sell the property. In this case, they must wait until the end of the contract’s term to do so and offer the tenant the opportunity to buy the property from them. The notice period is six months before the end of the term.

– The landlord can invoke a ‘legitimate and serious reason’, such as the tenant’s bad contractual performance – a rent non-payment or the infringement of a regulation.

It is also worth noting that if the tenant is more than 70 when the contract ends and their income is less than the French minimum wage, a landlord who wants to terminate the contract must find them suitable alternative accommodation (except if the landlord is over 60 and also has a very low income).

The above-mentioned elements cannot cover all the French legislation that rules every aspect of the contractual relationship between tenant and landlord. It is therefore necessary to ask a specialised lawyer about the contract’s validity and the scale of the commitments it involves.