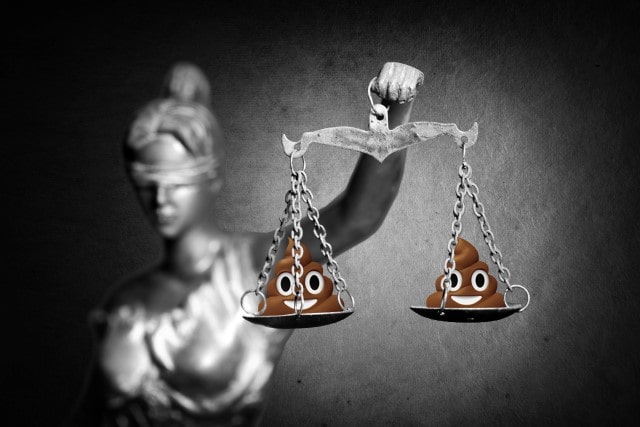 As comical as it seems, I spend one huge dollop of my time rectifying expats’ scatological disputes. Leaky drains, overflowing cesspits, broken pipes…

Bad plumbing, though hardly glamorous, has become a recurrent theme in many of our legal cases; like a feebly flushing toilet the doo-doo dossiers defiantly pop-up again and again.

The problems, although astonishingly diverse, all stem from the false belief that one’s ownership and responsibility disappear along with the dirty business, as soon as it’s gone around the U-bend. The offending parcel sloshes away from the house but very often closer to the neighbours’. And this is where it kicks up a stink.

Let’s be clear; the majority of waste problems are at first olfactive, and nauseatingly so. Nothing scuppers a balmy summer evening barbecue quite like an unwanted whiff. Invisible and invasive, the eye-watering stench from a brimming septic tank cannot be ignored or escaped and will invariably put you off your chipolatas.

The attitude to human effluent disposal, in many parts of rural France, has been ‘out of sight out of mind’, especially when upwind. Raw sewage still trickles into babbling brooks or ‘somewhere down the end of the field’. But even in the case of perfectly normed grey-water drainage, ruptures can occur during building work, and tree roots – in search of ’nutriment’ – are renowned for bunging up pipes

This unconscious invasion of airspace can drive people potty, and no matter how ‘cordiale’ the ‘entente’ with one’s neighbour, informing them that they’re stinking out your house with their excrement, is best approached with a mastery of diplomatic French.

The saving grace is that in practically every case the perpetrator of the inconvenience has done so by negligence – an involuntary accident, and in most cases your neighbour will remain your neighbour, so it’s also in their best interests to keep things cosy with you.

However, problems can linger, and your neighbour may not be in that much of a hurry to fix the problem. This is why it is so important to be clear about the urgency for immediate action in a polite but firm manner.

This is where you may wish to mandate the dirty work to a third-party (us).

Obviously we will endeavour to keep the tone down and suggest a way to resolve the situation as swiftly as possible. We then follow-through to make sure that each party has respected what has been agreed.

For most cases, this is sufficient. Problem over, and a quick return to neighbourly bonhomie.

The advantage in mandating a lawyer is when it doesn’t go quite so swimmingly. We know your rights and we also know your neighbour’s legal responsibilities. We recognise the difference between sincere effort and purposely dragging-heals, and we know how to get things done quickly.

We believe that we’ve experienced every possible nuance of effluent-based problems; your doo-doo issue will be nothing new to us. Whether your neighbour has cut pipes going through their plot, whether your septic tank is in your neighbour’s plot and their purchaser does not want it there, whether you share a tank with your neighbour and they are accusing you of blocking it, or, whether you just need to negotiate a delay to bring your tank up to norms… whatever ‘problem’ you’re in BRIGHT AVOCATS can help you out of it.