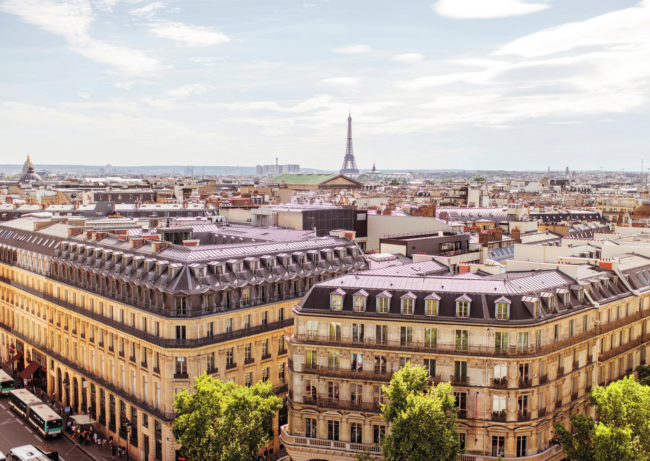 Boosted by the Macron Effect, confirmation of the 2024 Olympics and the last-minute Brexit rush, the capital is in the midst of a housing boom. So now is the time to buy, says Caroline Harrap…

Paris is always a good idea, or so said Audrey Hepburn anyway. Well, it looks like she wasn’t alone in her view, if the property figures for the last year are anything to go by. According to the latest report from the Notaires de France, the legal specialists who preside over property transactions in the country, there were record volumes of sales as well as price rises across many cities, but Paris was one of the key hotspots.

In fact, year on year, the figures show a price rise of 5.5 per cent for apartments in the city, with the average cost now an eye-watering €8,450 per square metre, and no sign of this trend abating. So, what are the reasons for this?

Well, aside from the enduring allure of the French capital, it seems the stars have aligned to make this a very good moment for the Paris property market. First, there’s what is being called the ‘Macron Effect’, with the young president putting the revival of the economy at the heart of his plans, thereby creating new confidence in the market.

Then, hot on the heels of Macron’s arrival, came confirmation that Paris would be hosting the 2024 Olympics, bringing with it the prospect of a whole raft of investment across the city. And, lastly, there’s the small matter of Brexit; rather than deter British buyers, the triggering of Article 50 seems to  have hastened many potential purchasers into a frenzy of action, in the hope of securing their life abroad before it’s too late.

Even putting aside the current auspicious circumstances, the Paris property market has been seen as a safe long-term investment for some time now. For one thing, there’s the simple fact that demand far exceeds supply in what is a relatively small city, meaning the market is very resilient even when recession bites. Then there’s those low interest rates, which can make a French mortgage a very attractive proposition. And whilst it’s true that the weaker Pound has been a blow to some Brits, those renting out their properties have reaped the rewards of a stronger Euro. 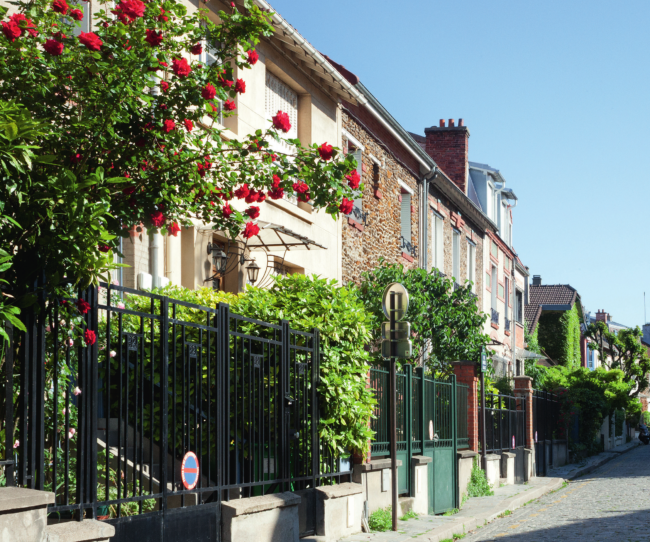 ALL SET TO BUY

So, let’s say you’re all set to purchase your Parisian piedà-terre – which areas should you be looking at then? Well, if money is no object, you may well wish to go for one of the perennial favourites, such as the leafy avenues of the swanky 16th, the medieval streets of the Marais or the classic Parisian neighbourhood of Saint-Germain-des-Prés. However, the beauty of Paris is that it is such a small city that you don’t need to be in the most popular districts to enjoy the best of what’s on offer. And, in fact, many of the more up-and-coming arrondissements, such as the trendy 10th, the rapidly gentrifying 18th and the increasingly popular ‘boho’ 20th, have a particular charm of their own.

What is more, with the Olympics now confirmed for 2024, this will herald new investment across the entire city, bringing with it improved infrastructure, better facilities and an increased emphasis on sustainability. The jury is still out on whether we will see the Seine clean enough to swim in, as is hoped by the mayor, Anne Hidalgo, but it’s certain that the Games will bring huge benefits – and not just to the city itself but also to the outer suburbs. One of the key focal points, for example, will be the area to the north-east of the city, Seine-Saint-Denis, where the Olympic Village will be located.

Then, if all that wasn’t enough, there’s also the Grand Paris project. Set up under Nicolas Sarkozy’s presidency in 2007, with the aim of better integrating the city with its surrounding suburbs, this ambitious urban development will see a major expansion of the Métro into the peripheries of Paris. Along these routes, the aim is to have strategic sites of enterprise, with a mooted 70,000 new homes a year planned. So, suddenly the outer suburbs, once overlooked by the international buyer, are looking increasingly attractive – and, unlike in the city itself, it’s still possible to bag a bargain there.

“These days, we are working more and more in the suburbs,” says Nadine Giblin, co-owner of Paris property company, Groupe COGIB, which is based in the 9th arrondissement. “Even aside from the Grand Paris plan, the suburbs are very easy to reach by public transport and the prices are so much cheaper. To give an idea, down in the famous forêt de Rambouillet, just that bit further out, we sell plots of land that are 350 square metres from €150,000. What is more, builders offer beautiful houses, exactly designed for every taste. So, you can have an ecofriendly house, made from wood, for less than €100,000 for 80 square metres. A new house, with a little garden and a barbecue, in a quiet, friendly environment between nature and the city, is a very attractive proposition.

“Nearer the périphérique/Métro, forget Neuilly-sur-Seine and Levallois-Perret where the prices are like in Paris. However, Saint-Ouen is still affordable, at €4,500 per square metre, though becoming very popular, and Aubervilliers or Pantin could also be a good choice. If you prefer the chic west of Paris, you can find beautiful millstone houses in Chaville, near Sèvres, which are further away but so charming, for less than €5,000 per square metre.” 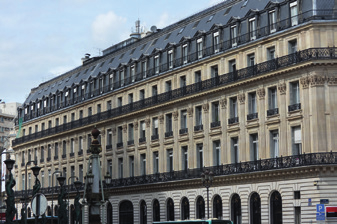 The Paris we know today is largely down to Georges-Eugène Haussmann – commonly known as Baron Haussmann – who was appointed by Napoleon III to carry out a massive urban renewal programme in the 1800s. Introducing wide avenues lined with imposing buildings and wrought-iron balconies, these classic Parisian apartments are now among the city’s most desirable (and expensive) properties.

A WORD OF CAUTION

Of course, while it’s true that market conditions are looking very favourable just now, there are some important things to bear in mind – especially if you are buying as an investment rather than as a place to live. For a start, there are now strict rent caps in place across the city, meaning that it can take several years to recoup an investment, especially if you buy in one of the more expensive areas. Also, a word of caution about those planning on  renting out their place for short-term holiday lets through companies such as Airbnb. Owners are only allowed to do this for a maximum of four months a year, and only if it is their principle place of residence, something the authorities are very much cracking down on this year.

“If someone wishes to purchase a property for investment purposes, it’s important that they understand what the laws are,” says Gail Boisclair, whose company, Perfectly Paris, manages self-catering vacation rentals across the Montmartre area. “In short, they can rent out their primary residence for four months per year as long as they declare their income, pay their taxes and remit the tourist tax to the city.

“In any event, whether you’re planning to live here part-time or make Paris your home, you’ll never regret it. The quality of life is wonderful, and I love that we have so many options for food shopping and dining out. Everything is accessible by foot or Métro – and then, on top of that, there are beautiful views in almost any part of the city.”

So, all in all then, from its enduring popularity as one of the world’s best-loved cities, to its rich history, heritage and culture, to its forward-thinking plans for the future, it looks like Paris could indeed be a very good idea. It seems as though Audrey Hepburn may well have been onto something…

Browse property for sale in Paris>>>