Vegetarianism in the Limousin 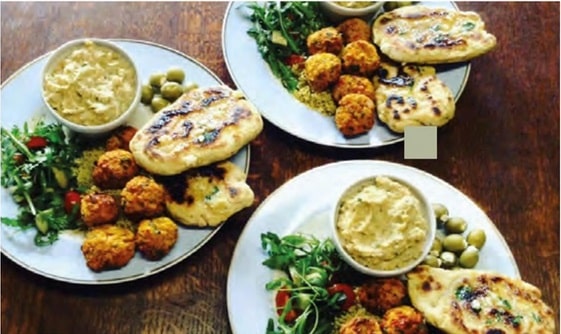 Louise Elsom is a very brave woman indeed. In October last year she and her partner, Dave, opened a vegetarian restaurant in one of the most rural regions of France, a place where beef cattle outnumber human beings. And not just vegetarian, she even offers vegan food, too. In France, that’s so brave, she probably ought to receive a Légion d’Honneur medal from the President.

It’s not as if they can rely on passing trade, either. Their restaurant, The Hidden Veggie Kitchen, is a tiny eatery in a tiny hamlet in the Haute-Vienne department, just to the west of a small village called Saint-Laurent-sur-Gorre. And the local country folk hardly constitute a huge customer base. Most of Louise’s diners are expat Brits and Dutch. Nevertheless, a few French people have been bold enough to frequent their establishment, generally those from the younger generation, and those hailing from France’s larger cities, where herbivority isn’t quite the anathema it is in the countryside. 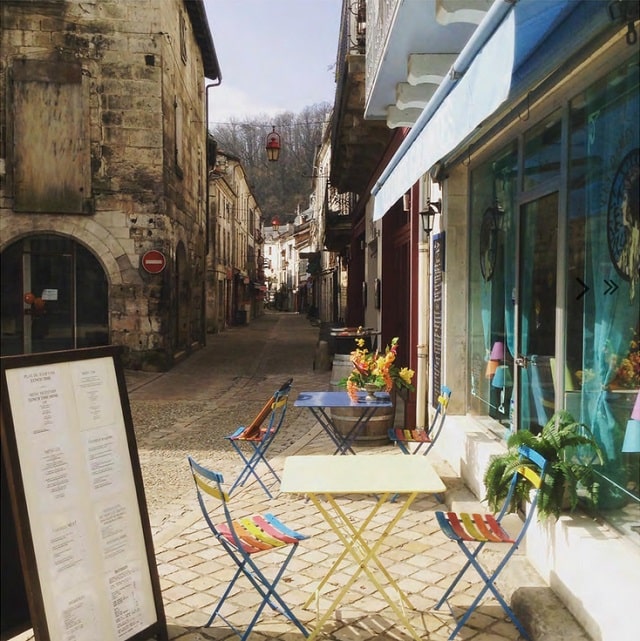 Louise hasn’t always been a veggie herself. She converted after starting her relationship with Dave, who hasn’t eaten meat for the last 15 years. “When we started dating, I realised I needed to learn how to make vegetarian dishes,” she explains. “I couldn’t exactly shove chips and a frozen meat pie in the oven for this guy.”

Rather than make two dishes for every meal, Louise joined her boyfriend in eschewing meat, and soon realised she didn’t miss it at all. But then the realities of living in a carnivorous country became apparent.

“I became so frustrated that there were such limited choices for non-meat-eaters. We got so sick of eating omelettes or cheese pizzas or a salad (often with ham lardons sprinkled on top, despite requesting a vegetarian salad). I decided something had to be done.”

That’s when she’ and Dave embarked on their crackpot mission of opening a vegetarian restaurant in their own home. At first she tested recipes on honest friends. Then the Hidden Veggie Kitchen opened to the public.

In the beginning they opened only on Friday and Saturday evenings, with a set menu. A dozen or so diners would turn up each time. But as winter set in and many Brits returned to Blighty, the numbers dropped. But now spring has returned to the Haute-Vienne. 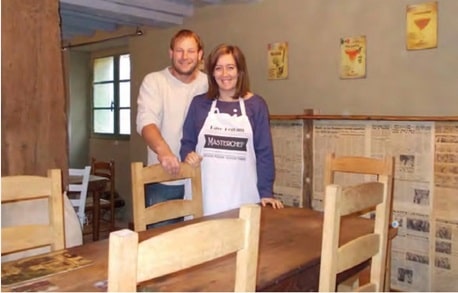 “People are venturing out more, and we’ve extended our hours to Monday, Thursday, Friday and Saturday evenings,” Louise says. “I’m hoping we will change people’s perceptions about vegetarian and vegan food.”

Louise first moved to France at the age of 21, tagging along with her mother and her mother’s partner. “I thought I’d take the chance and go with them,” she remembers. “I was looking for a new adventure. I’m sure my mum was hoping I’d fly the nest, but sadly not.”

At first they all lived near Carcassonne, and Louise took over a small shop selling classic British food and drink items to expats and tourists. (“It was so funny seeing people’s expressions of utter joy when they realised they could buy Marmite and Yorkshire Tea.”) Then Louise and her mother relocated north to the Charente. After a couple of years she met Dave (via a dating website). Together they looked for a place to buy and live, eventually stumbling upon their home in Haute-Vienne.

“I fell in love and could see the potential, whereas Dave could see all the work that needed doing so he thought I was mad. But I managed to get my way and, after wafting my arms around and getting him to see how the rooms could be transformed, we put in a very cheeky offer and got the place for €24,000 back in July 2016. What a bargain! So our new life in the Haute-Vienne began.” 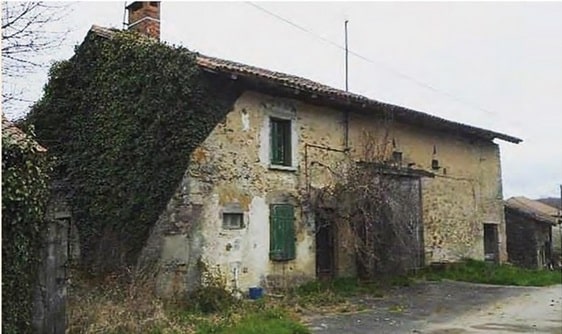 The property, dating to the 1700s, was just a two-bedroom house with an adjoining cottage, barn and garden. Dave is a trained builder so he took responsibility for most of the renovation work himself. But he needed an assistant. Louise underwent a baptism of fire in DIY.

“Our main focus was on creating a dining room for our home restaurant, so that was our first job. It was originally two small rooms so we knocked it into one big room and then, as nothing is simple in a renovation, we had to remove about a foot of concrete, since one room had been higher than the other. I never expected to learn to use a concrete drill.”

Still to come is the renovation of the cottage into a on-bedroom gite for paying guests, and the transformation of the barn into a kitchen. They have also bought a neighbouring property with a view to turning that into more gites. “I do like a challenge,” Louise says.

Running a vegetarian restaurant in rural France, Louise and Dave obviously stand out – like a steak tartare in a nut cutlet, you might say. In a hamlet of just ten families, it’s tough for a normal rosbif to keep a low profile. But when that rosbif happens to be a vegetarian, too… Well, let’s say that cultural assimilation might not always be straightforward. Nevertheless, Louise says her fellow villagers have been more than welcoming – even if they’re not able to bring custom to her restaurant.

“They are all quite elderly – mostly in their 70s and 80s – and very traditional, so I can’t see them popping into the restaurant anytime soon. But they have all been very supportive, even if only from afar.”

She remembers when they first moved in and discovered there was no mains water supply to the house. For the first four weeks they relied on the kindness of neighbours who regularly brought round containers of tap water, and offered the use of their showers. “They couldn’t have done more.”

Eight years in France has given Louise a good grounding in the language, but she admits to struggling with “the complexities of the grammar and the different tenses”. When she first set up her business she hired the services of a company called French Admin Solutions to guide her through any bureaucratic or linguistic minefields. “I didn’t want to make any big mistakes. But after several months of running the restaurant, I now feel confident I can operate my business single-handed.”

She and Dave love their rural lifestyle. They have three dogs and regularly explore the surrounding woodland and lakes. Their village is within the Parc Naturel Régional Périgord Limousin and, apart from Limoges, 15 miles away, there are no large towns. Louise originally hails from east Yorkshire, “so I’m used to life in the country.” 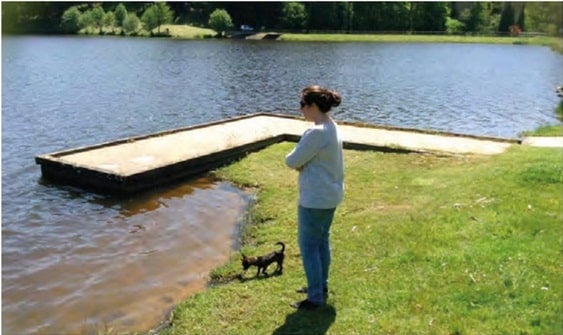 “It’s great to have such amazing walks nearby,” she adds. “I love noticing the changes in the seasons. We try to get out as often as possible. I have never been out for so many picnics before. Initially, I worried about being lonely in such a rural spot. But with good friends around, a restaurant to run, and buildings to renovate, there just isn’t time to be lonely.”

She certainly doesn’t miss the UK. “It seems so busy when I go back. You get used to the quiet county roads here. Going back to British motorways is a big shock.” 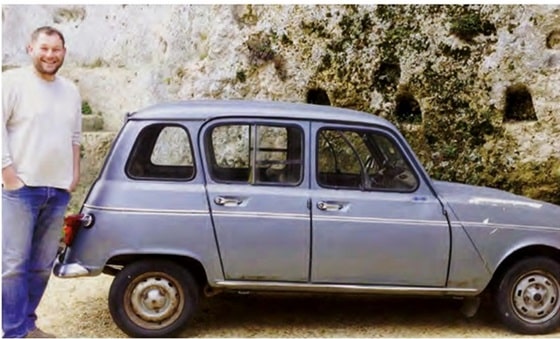 The quiet rural life is something many Brits who relocate to France struggle to embrace. Louise has some advice for potential ex-pats: “You must really think about what you want from life here,” she says. “We have known so many British people over the years who have ended up moving back to the UK. They came to France, were amazed at the low house prices, bough a huge house in the countryside with loads of land and then discovered they were quite isolated, and that it required a huge amount of upkeep.”

Miles from anywhere, and with a major renovation project underway. Louise says she and Dave have successfully braved both geographical isolation and property upkeep. In fact these might be seen as simple tasks compared to their bravest venture of all: the launch of their vegetarian restaurant.