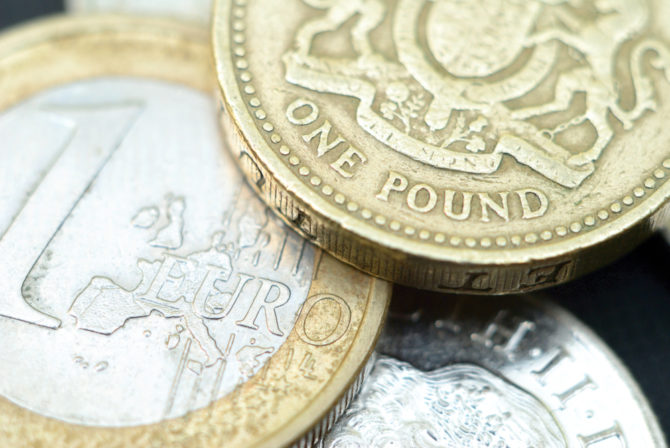 The pound has had a fairly steady week, with most sterling crosses (bar cable) being constrained within recent ranges, as a distinct lack of clear UK drivers ensured that it took its cues from the other side of the pair in most cases. On the data front, the latest report from the Nationwide Building Society confirmed that UK house prices are now falling at their fastest pace since the early days of the pandemic. Prices fell a nasty 1.4% over the past month, following a 0.9% drop previously. This has helped to ensure that annual price growth has now slipped to a mere 4.4%, a figure down from 7.2% previously. In both cases, the data was well under analyst estimates.

It is clear to see that the combined impact of higher interest rates and a slowing economy is having a marked impact on UK property market, with the latest mortgage approvals also falling to their lowest level since the middle of 2020. Further declines in UK house prices are expected over the coming months, despite the recent slight decline in longer-term borrowing costs, which may help to attract a slight increase in activity, even if only at the margin. The Halifax will also be releasing their take on current UK house prices next week.

Back to the pound, and GBP/USD has just broken over a recent cycle high, despite the widespread negative outlook on the UK economy, which clearly illustrates to us that the dollar side of the pair (see USD) is by far the biggest driver. At the time of writing, GBP/USD is attempting to push beyond 1.2300, which if broken, would take our proud pound to levels not seen since the summer. GBP/EUR is also grinding higher, albeit at a more leisurely pace, with a break over 1.1700 key to unlocking further gains for the pound. Impressive moves indeed.

The latest inflation report reflected some much-needed softening in the Euro area, with the first notable declines in the data for some 17 months, as the cost of wholesale energy prices declined, and supply-chain bottlenecks eased. Both Germany and Spain had started the trend of softening inflation earlier in the week, before the key Euro area inflation dipped to 10% from 10.6%. Whilst inflation may still be at 10%, the mere fact that inflation has eased somewhat, will give some comfort to the ECB, who have been battling surging inflation with some chunky 75bps rate hikes of late.

On that note, the softer inflation reading also injected some serious doubts into what size of rate hike the ECB will lean toward this month. ECB President Christine Lagarde has said just this week that she did not think that inflation had peaked in the region, but to be fair to her, that was before she had access to the latest data. Whilst some members of the ECB – such as Robert Holzmann still favour a 75bps hike, markets have drifted towards favouring a smaller 50bps move, which is understandable given the softer inflation backdrop.

The recent trend of better data in Germany came to an abrupt halt on Thursday, with Retail Sales declining 2.8% over the past month, as high inflation helped to ensure that shoppers held back, and reflecting the beginning of what might be a weak winter of activity.

As for the Euro, well EUR/USD has clearly accelerated away from the key parity region, and is currently attempting to maintain a break over previous key resistance at 1.0500, driven largely by that weakening dollar, with the single currency looking particularly well-supported at present. Next week sees the release of the regional Retail Sales and growth (GDP) data, with both likely to impact the short-term profile for the single currency.