Business as usual! – Despite Brexit 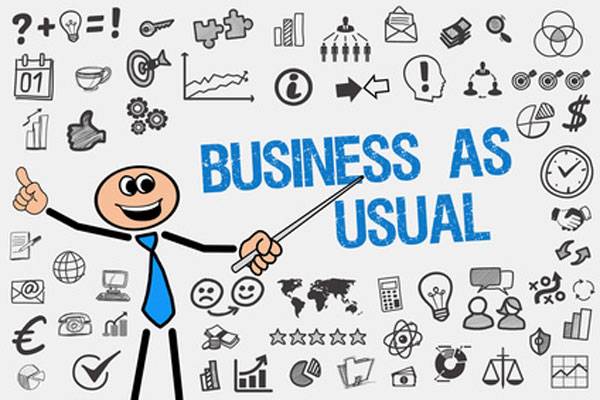 It’s been fascinating for me to see the changes over the last fifteen years of the demographics of people wanting to relocate to France. I’ve pretty much seen it all – keeping a straight face when people explain what they might do to earn their living, as though they have a novel idea but I know that is already a saturated market, keeping a sympathetic face when I need to break it to someone that their UK qualification will almost certainly not be recognised in France, and then seeing the “light bulb” moment when I explain what they CAN do, and what business opportunities truly are available to them. What difference has the result on June 24th made, is what you are all wondering! “Not a lot” as a famous magician once said. Why not? Let me explain…

While the precise conditions for Brexit are sorted out, and in a period of horrible uncertainty for the whole world, the basis on which UK nationals could earn a living in France, and which had been the only viable option for someone from the UK to come to France and support themselves, suddenly becomes a wonderful option, unlikely in the extreme to be upset by the small print of Brexit. Why? Those people relocating to France are not fighting French nationals for employment: it has never truly been an option for UK nationals to get employment in France. Without a niche skill, and without being truly bilingual, a UK national is unlikely to be on the receiving end of a permanent employment contract in France. Unemployment there is a whopping 10%, falling slightly in the last quarter of 2016 having been 10.1% in the September quarter, and has hovered at around those rates for the last 20 years.

So, for those of us wanting to relocate to France and needing to earn a living, self-employment has always been the only viable option. Out of that necessity, over the year’s various opportunities have developed. Whilst none of us have a crystal ball, small businesses which add to the French economy, are working within the guidelines of French law, and best of all are paying their taxes to the French government, form an essential part of the business world in France. Those facts are not going to change because of Brexit!

So, for those of you who might have thought I was mad to be writing about starting a business in France at this moment in time, I hope my views will have reassured you about why, for me, it’s simply business as usual right now.

What doesn’t change though, Brexit or no Brexit, is the need to have a plan. This is a new start: a new beginning, and you will have enough new challenges without reinventing yourself totally – so it is a case of using your existing skills, albeit in a brand-new way. Another thing to consider is where you are going to be based – and I don’t mean whether you want to live in Brittany or Burgundy, but where you will base yourself in the local area you have chosen for whatever reason. For your own future happiness, it’s good to be amongst other people when you move to a new country: but this is even more important when you need to be broadcasting the existence of your new business.

Being several kilometres from the nearest neighbours might appeal for a short time, but settling in a large village or small town is far better for your business development. In fact, you need to go to the local bar or café every day (what a chore!) and make sure you are talking about what you are doing – if you haven’t been self-employed before, this is something very new and is what people refer to as “networking.” You need to let everyone know what you are providing or selling: and never decide that they don’t need to know – even if they don’t need your service or produce, their neighbours or family might do so.

If you are intent on using some existing skills in France, please don’t take it for granted that having the qualifications translated, makes them transferable…It may well not be that simple. Rules and regulations are decided at a local level in France, for many aspects of life, business practices and planning regulations in particular: or more precisely, the rules are INTERPRETED at a local level – it counts for nothing to have done your homework on the internet or at a distance: once you have settled on the area where you will be based, physically go to the local Chambre de Metiers or Chambre de Commerce and talk to the clerks there at an early stage, to see what are your chances of success: and always have a Plan B.

My advice would be to research existing business opportunities which might perhaps seem a little more mundane than your dream, but which would put bread and butter on the table, as an adjunct to the future “main” business. I have seen this scenario repeated successfully time and time again. For that basic income, consider a franchise with an existing established brand. It is no wonder that franchise opportunities work so well for ex-pats moving to France – franchising there is very well regulated, franchisees are regarded as having an immediate professional standing, and there is on-going handholding for the new entrant. The latter especially is priceless when you are making a life changing move!

Can I just say, no matter how good the research, or how determined the marketing, remember this is a new business start-up in a country new to you: new culture, different language, maybe self-employment after a lifetime of being salaried. If I say, be prepared to be pole-axed, please don’t this as a negative comment – it is meant as a comforting thought to recall in the early possibly challenging days. When I relocated to France and started my first business there, there wasn’t anyone who said out loud “this is hard” and it was all rather like the Emperor’s new clothes – no-one dared to admit there were days when their resolve faltered along with their fluency, when some things took five hours which might have taken five minutes “back home” and when the rug did seem to have been pulled out from under their feet.

The switch for many of you from a salaried position to self-employment won’t be a quick or easy one. There are always two sides to any coin – you probably won’t ever have that “Sunday evening” feeling of “work tomorrow” – but on the other hand, you may struggle to fit in real “down-time” for yourselves. However, the heady feeling of waking up considering what was planned for the day, and deciding to do something completely different that day, because you are the boss, is a great one and impossible to put a value on.

Administrative practices, bureaucratic procedures which are totally alien to you, will become second nature – I promise! You too will be able to practice a Gallic shrug when you discover the office you need to visit is closed on Wednesdays…or the queue to see the advisor has you at the front on the stroke of mid-day when the shutter to the office comes down and you realise you need to return at 2pm, and preferably not in a bad temper! My point is to prepare you for France – and that includes telling you for sure, that it’s really worthwhile, so go and get some lunch and revel in that laid-back atmosphere you so loved on holiday. Hang on to your sense of humour. Business as usual, indeed!