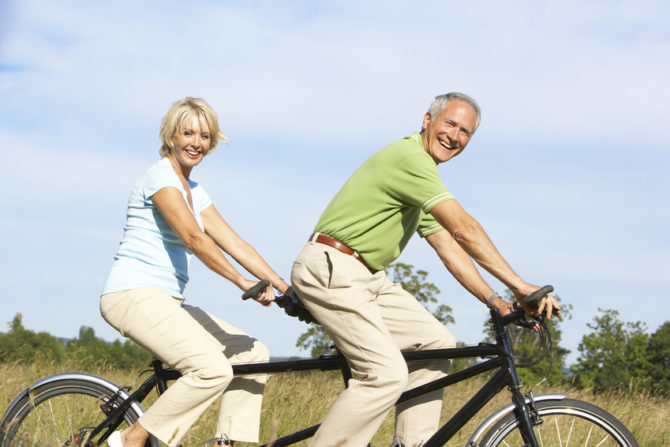 It is always important to understand the tax and succession implications of buying a property in France, whatever your relationship status and whether you are buying alone or with a partner. It is even more important if you are not married to your partner.

One key issue is succession tax. The French equivalent of UK inheritance tax, it is calculated on and paid by the beneficiary, rather than by the estate. The rates and allowances differ according to whom the beneficiary is.

There is no succession tax payable between spouses on death (though there is with lifetime gifts). If you leave assets to your children, they each have a €100,000 allowance and pay tax at progressive rates from 5% to 45%. Non relatives pay tax at 60%, whatever the value of their inheritance, and their tax free allowance is €1,594.

So if you leave property, or your share of a property, to an unmarried partner, they would pay tax at 60%.

You can however avoid this by entering into a PACS  (Pacte Civil de Solidarité).

This is similar to a British civil partnership, and is open to both opposite-sex and same-sex couples. You would need to enter into a contract which is registered with the authorities, and brings the relations between the partners are now brought closer to those of husband and wife.

Any couple living in France can enter into a PACS, regardless of their nationality. Couples outside France can only enter into one if one of them is a French national. British couples therefore cannot enter into a PACS before they move to France, but if they are registered as a civil partnership in the UK, they will automatically be treated as PACS in France.

For French purposes, a PACS gives the same tax advantages as a married couple.

So when it comes to succession tax, assets passed from one partner to the other on death are tax free. If you do make a gift in your lifetime, your partner will pay tax at up 45%, with an allowance of €80,724, which is the same as married couples.

When it comes to income tax, PACS couples are treated as one household, the same as married couples. This enables you to use the parts system, which can significantly lower tax where one partner has a higher income than the other.

Wealth tax is also charged on the household, though this is always the case and whether you are married, in a PACS or just living with someone, wealth tax is calculated in the same way.

While PACS gives partners the same succession tax rights as married couples, this does not carry forward to succession law.

Surviving spouses are entitled to 25% by right (any children of the deceased automatically inherit up to 75% of the estate), and spouses can also enter into a Community Marriage Regime in France, where all assets held under the regime automatically pass to the survivor on the first death.

A PACS, however, does not give the surviving partner any rights over the deceased’s assets. There may be steps you can take to protect your partner, particularly before you purchase the property, but you must take specialist and personalised advice to understand your options and what they would mean for you, your partner and any children either of you may have.

If your circumstances change, it is relatively easy to end a PACS, and in this case there would be no risk to assets acquired before entering into the contract.

Also, this August a new EU law, the European Certificate of Succession regulation, comes into effect. This will enable foreign nationals to elect for the law of their country of nationality to apply on death, rather than the law of their country of residence. So English nationals can opt for English law, Scottish nationals for Scottish law, etc. You must make this election, which can be done by way of a statement in your will, before you die, or French law will apply by default.

However be careful as this new European law does NOT apply to inheritance tax, so the problem of potential 60% succession tax between unmarried partners will NOT be removed.

You should take specialist advice to what would work best for you, when it comes to both succession tax and succession law, as well as on your tax planning in France. Expert advice could save you and your loved ones a significant amount of tax, depending on your circumstances.