Taste of the Terroir – Toulouse 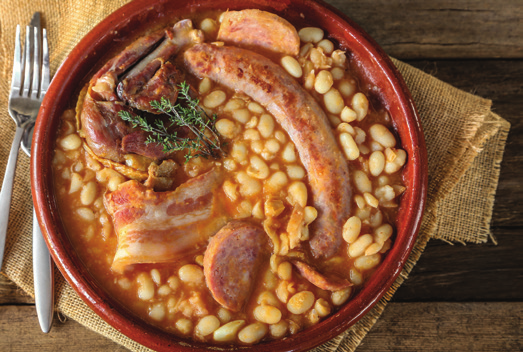 The ‘Pink City’ is a well-established culinary centre, one which boasts famous specialities that range from cassoulet and Toulouse sausages to violet-flavoured sweets.

Toulouse is most famous for its speciality charcuterie sausages – historically made from pork that’s marinated in red wine for at least 24 hours before fresh garlic, thyme and cracked black pepper are added. Since 1992, the prestigious ‘red label’ designation has protected the traditional, local production of ‘Véritable Saucisse de Toulouse’, which specifies not less than 75% of lean meat (shoulder and leg) and no use of colourings or  preservatives.

The distinctively strong, rich flavour of the sausages derives from the generous quantities of wine and garlic used, and this creates the base for the signature dish of the ‘Pink City’: cassoulet. Although both the nearby towns of Carcassonne and Castelnaudary claim it as their own, the casserole’s Toulousain recipe is the classic, combining sausage with goose or duck confit, white haricot beans from Tarbes and pork knuckle. Variations outside of Toulouse incorporate lamb, mutton, or even partridge. Ideally, cassoulet must be slow cooked in the oven until a golden crust forms on its surface, which should be cracked several times before serving. 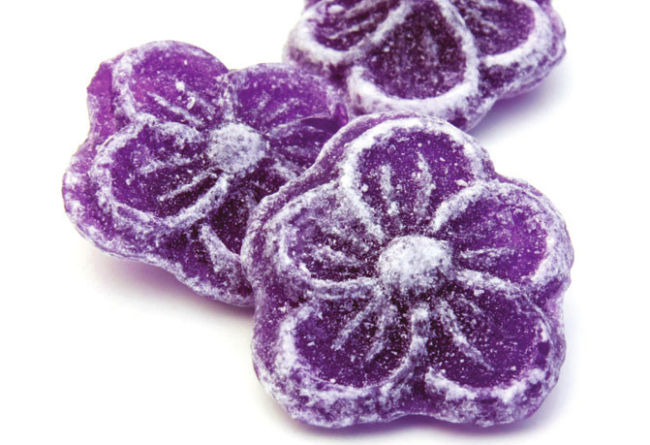 The Pink City’s alternative nickname is the City of Violets, due to another, far more delicate speciality. The Toulouse Violet, a cousin of the Parma variety, grows in winter and is cultivated by market gardeners in the north of the city who have worked within a ‘co-operative of violet and onion producers’ since 1908. Although Toulouse’s violet cultivation boomed during the early 20th century, today only ten producers remain. In a bid to revitalise trade, the local Chamber of Agrictulture is working towards the creation of new hybrid plants. Some 130 varieties are grown in the city’s greenhouses, and exhibited annually at the Fête de la Violette.

One way to promote violet production is to support the local industries which utilise the flower. Violet-based fragrances have been distilled by the Parfumerie Berdoues in neighbouring Cugnaux since 1936, and the Benoît Serres family have now been producing 15,000 bottles of violet-based liqueur per year for two generations.

A popular treat in Toulouse is violet sweets, which come in the form of crystallised flowers and have been made since the 14th century. The best ones can be tasted on the Maison de la Violette barge – a floating tearoom, exhibition venue and boutique on the Canal du Midi.

France’s fourth largest city, Toulouse has a thriving restaurant culture and a diverse variety of markets. Boasting both upmarket eateries run by innovative, Michelin-starred chefs and high-quality fast food joints, Toulouse also hosts 300 Repas de Quartier events between May and October. Traffic is diverted, tables and chairs are laid out, and the city’s residents each bring a dish, a drink and perhaps a guitar to these city picnics where, in the pink glow of the evening sun, the city’s love of gastronomy and good company is in full flow.