Oiling the Wheels – How We Bought an Olive Grove 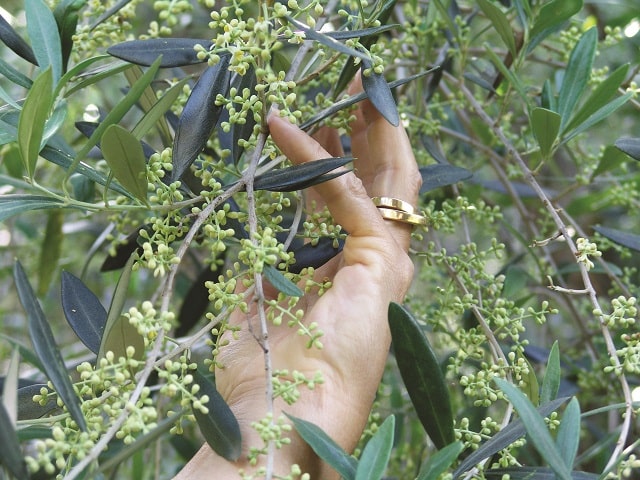 Nicola Venning meets actress and author Carol Drinkwater and ﬁnds out about her love affair with Provence, and the olives she is so passionate about

Olive oil and olive trees have had a huge impact on the life of Carol Drinkwater. The award-winning author and actress, who found fame playing Helen Herriot in the BBC series All Creatures Great and Small in the late 1970s and early ’80s, never imagined that one day she would become an olive oil producer and expert on the Mediterranean olive tree.

When she and her husband, documentary filmmaker Michel Noll, fell head over heels for and bought a ruined farmhouse to do up in Provence in the late ’80s, Carol thought their French bolthole would be a nice place to relax in the sun in between filming. “I never saw it as my home, but it just lured me in and we gradually spent more and more time here,” she says.

Nestling on a hillside with views of the Bay of Cannes, Appassionata is now a
much-loved permanent home with restored and reinvigorated olive groves – a far cry from the sorry state the couple first found it in. In fact, the grounds – full of insects, birds and butterflies – were so overgrown when they moved in that Carol did not even realise 68 gnarled, ancient olive trees lay beneath the brambles.

“They were all 200 or 300 years old, sitting on terraces that we didn’t know we had,” says Carol. The trees were badly in need of pruning, but still very impressive. One autumn, when the fruit fell to the ground again unused, Carol decided they had to do something with their annual harvest.

A local farmer offered to help them maintain and harvest the olives. He introduced Carol to various olive mills and showed her the process for creating goodquality olive oil. “That was my initiation for something that has become my passion. I am now considered quite an expert!”, she laughs.

With the farmer’s help, the olive groves soon began to flourish again. However, after a couple of seasons or so, Carol and Michel noticed that there was less wildlife: the birds, bees and butterflies had all but disappeared. They realised that the trees were being sprayed with pesticides. At about the same time, Carol went on a long trip around the Mediterranean visiting olive farms, sampling the oil and learning about the history of the trees and their cultivation.

“I began to realise that organic was the way to go and the pesticides were not doing any good and so we, very amicably, parted ways with the farmer. And I took over the work myself.”

The olive farm is now completely organic. And although this has resulted in a slightly lower crop “as you do lose some fruit to the olive fly”, it now produces “excellent” extra virgin organic olive oil, Carol says proudly. She particularly enjoys the process of producing the olive oil and takes a keen interest in it. Like most olive farmers in the Mediterranean, she prefers to pick early in October or November, when the olives are green or tournant – that is, just beginning to turn purple.

“The Sicilians who are second to none when it comes to producing olive oil, will pick early and pick green. And then take them to the mill within the day.”

Picking early “makes the oil much more peppery and slightly stronger with a fruitier, richer taste”, Carol explains. If left until later, to January say, when the olives are black, “they have a more mushroomy taste which is not so nice”. Carol and Michel don’t use any machines and pick the olives by hand, which “is very time consuming and laborious and quite backbreaking!”. However, their friends often come to stay and help. “We turn it into a community experience,” she says. “Michel organises them going off to the trees and the picking; and then we all have lunch together.” 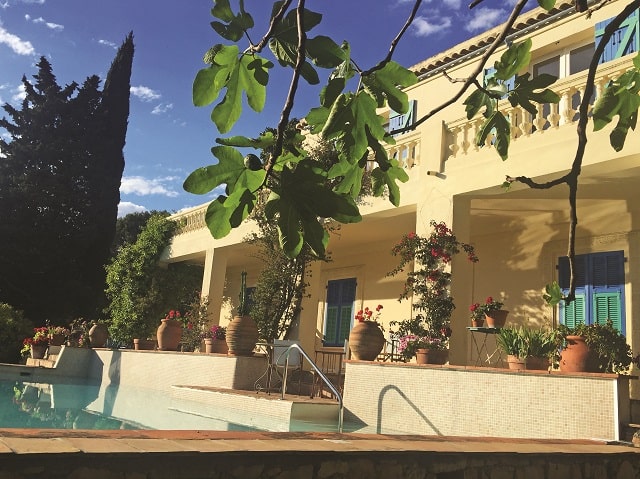 The olives are stored in open crates and taken to the mill within two days. They have to be turned every night otherwise they quickly start to go mouldy “and it changes the acid level”. The acid level has to remain below 0.5 per cent to be “extra virgin”. Taking this extra care and turning the fruit regularly “really makes a difference,” Carol goes on.

Once at the mill, Carol will often wait while the fruit is pressed. “It is always fine but because we are organic, I don’t want our olive oil to get accidentally mixed with that of someone who is putting sprays all over theirs.” The whole process takes two to three hours. She then returns home with the still slightly-warm olive oil. Over the following days, the picking and pressing process is repeated about six or seven times. In the evening, they decant a little of the oil and share it as a dip on the table for their delighted guests.

“It is a very joyous experience and you realise what nature has given you. Once people have tasted freshly-pressed olive oil, it’s like nothing else. It’s like the difference between drinking a Grand Cru and ordinary wine. The polyphenols [micro nutrients in certain plant-based foods] and health-giving properties are also completely different.”

Freshly-pressed olive oil is a surprising shade of green and often quite cloudy, with bits of fruit still floating in it, as it’s not been filtered. “None of the small local farms ever filters their olive oil,” she says. “If you buy from the supermarket, you never have fruit in the olive oil. The good stuff is processed out of it.” It takes around six months for the fruit to settle to the bottom of the cannister and the oil to clear and turn a lovely golden shade. “You will see immediately how old it is by looking at the colour of it,” she explains.

The oil is stored in 25l and 50l cannisters in a dark, cool corner of their summer kitchen, which helps preserve it – though olive oil needs to be consumed within 18 months. “It is not like wine. It does not get better with age. It loses its health-giving properties. And it is better used soonest.”

Olive oil is known for its anti-inflammatory properties and is also thought to help prevent strokes and lower blood pressure. Carol swears by the Mediterranean breakfast of olive oil with cucumber, tomato, bread and a little goat’s cheese.

“They believe it’s an anti-cancer breakfast”, she says. “Sometimes when I am sitting with people from England and other people from the Mediterranean around the table, you can see who lives on olive oil and who does not. You can really see the difference in their skin.”

Carol and Michel’s olive oil is largely produced just for themselves, their friends and the holidaymakers who rent the small cottage in their grounds. “We use it in everything. I rarely eat butter and if I want something on my bread I use olive oil. I slosh it over everything and I give it to the dogs, too. It is good for their bones. And it makes their coats shiny.”

Health-boosting grub aside, her olive trees have been a great source of inspiration for other areas of her work. In between tending the crop, Carol has penned 24 books, both fiction and non-fiction, including four memoirs about her life on the farm. 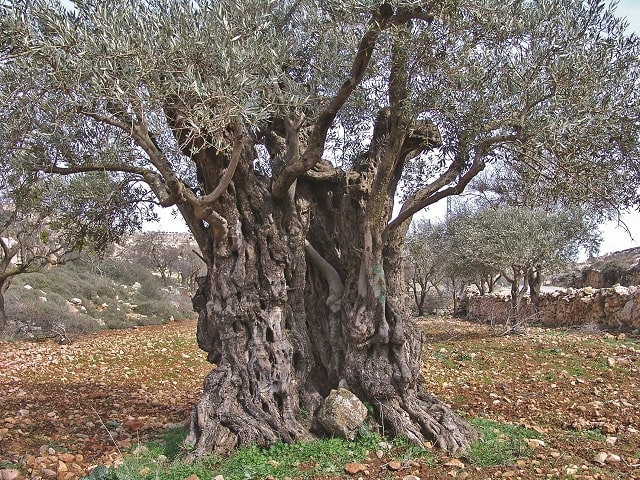 The trees have also inspired her to write two travel books about their history – which have since been adapted into a hit TV series for ZDF in Germany and France and Italian Arte, called The Olive Route.

The income from the series has enabled the couple to complete the renovations of the farmhouse, to restore an outbuilding and convert it into a study for Carol, as well as to buy adjoining fields on which they have planted even more of the olive trees they love so much. The couple now owns 35,000m2 of land dotted with 350 magnificent trees that, in bumper years, have produced as much as 1,500 litres of wonderful oil.

“Nothing pleases me more than to experience the changing seasons through the nature around us. Eagles nest in our pine forest up behind the olive groves. I feel that we are keeping faith with ancient traditions and in these times of climate change, when the flora and fauna are being destroyed, we need to do everything we can to give back and to preserve the essentials.”

A committed environmentalist and campaigner for the countryside, in the 1990s, Carol was also invited by UNESCO to work with the organisation on founding an Olive Heritage Trail around the Mediterranean basin to honour the heritage of this important tree. “Working on the olive groves has changed my life completely.”

The House on the Edge of the Cliff by Carol Drinkwater, published by Michael Joseph in paperback, is available now.