Settling in France: Hints and Tips 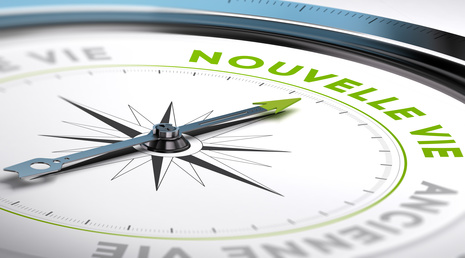 I remember once that feedback from a talk I gave in the UK about settling and living in France had reported that as a direct result of one talk I gave, a couple decided NOT to move to France. I was instantly mortified, but the organisation running the seminars pointed out that I had helped them see France in a true light, and had prevented them from making a huge mistake. I have always said, that you must love France for reasons other than that the houses are cheap and that learning how to buy a house, how to exchange currency, how to manage your financial affairs to maximise the benefits to you, all pall into insignificance if you are not HAPPY as a result of the move.

Getting bogged down in learning what I would say are the “technicalities” can sometimes totally disguise the far greater essential issue, which is whether you going to be personally more content with life as a result of your move. You can have holidayed in France, for many years yet living and working here is a totally different issue. Those who (as we did ourselves) combine the fulltime move with starting a new business, just need to be really kind to themselves and surround themselves with some props to help them make the transition. I always worry terribly if a new family decide for example to only have French TV. I just think being force fed only French TV is not exactly a recipe for relaxation when you slump down on the settee at the end of a busy day: when that trivial TV soap you never much bothered to watch suddenly seems like a comfort blanket in its familiarity! So no, I am not ashamed to say that I remember to this day the excitement of UK television which we finally had three months after we had unpacked.

When we arrived in France to set up the business, we were an absolute minority. Expats here at that time were mostly either early retired, or owned gîtes. Neither of those categories shared the situation that we found ourselves in so we had no reference point for how we were feeling. The issues surrounding registering the business, sorting out the mail we received into the obligatoire as against the non-obligatoire, working out how on earth we could pay our cotisation demands which seemed to arrive in an entirely random fashion, whilst building up a client base – really took it out of us.

Of course there were some instant successes – minor triumphs which we felt we major hurdles we had overcome – but these always seemed to be followed in quick succession by a new issue which took us straight back to the drawing board. What we found really difficult to get to grips with was that nobody in the expat crowd around us watching with amusement as we set up our business, had ever indicated anything other than that they were “living the dream.” It took months of reflection before I realised they were like new mothers swearing their babies sleep all night – they were saying what they believed other people wanted to hear. The truth was, everyone found the early adjustment really difficult.

And then where does that leave you – when your friends come over (as they do of course, even ones you haven’t seen for a long while, suddenly need to see you now you are living in France!) they will be astonished to find that you really do WORK part of the time and are not actually sitting on the terrace in the sunshine drinking wine – well, not all day, anyway. The fact that they have wrecked your work schedule because you had to spend SOME time with them, and busted the housekeeping budget because you daren’t be seen to be eating beans on toast at lunchtime leaves you just longing to wave them good-bye. And when you do return to the UK or wherever used to be home and your friends and relatives are so envious that now you’re “living the dream”. Do you fess all and say “Hey it’s actually really hard right now”? Or do you join in the pretence and brag about how great it is, all the time? Your choice. Not easy. With any luck of course, catching sight of where you came from will remind you of all the good reasons why you left and will have you longing to return home … yes, that’s right, France is home now.
[mrb]

To this day it still seems a bit like the emperors new clothes – do I dare say out loud that settling into France really can take time, determination and effort? That unless you are a fluent French speaker on your arrival, undertaking a relatively simple task in a foreign language can take ten times as long as it would in your mother tongue and leave you exhausted? It’s difficult without appearing patronising or a know-it-all but we do our best. Better to be misunderstood in our attempts to raise the morale of the newbies than to fail to provide the encouragement we suspect they might need. Nevertheless, it is their personal journey now and I would earnestly ask all of you who are settled in France now to give a thought and maybe an occasional phone call to a new arrival when you spot them.

For us personally the difference it would have made to hear from someone else that this route may lead to a promised land but it is difficult sometimes steep, long and hard, would have lifted our spirits and raised our morale. I often say, if I had a video of our first year in France, I should never have come. Now, if you are tasking, has all the effort we made been worthwhile? You bet!

For the sake of the latest arrivals though, don’t let’s disguise it can be hard to settle into a foreign country, whilst at the same time let’s say out loud that the effort has the most wonderful reward and that there is gold at the end of that rainbow! At the end of the day when I stroll with my dog across the neighbouring fields, watching the smoke from our wood burner lazily rising in the non-polluted air and already tasting that first sip of my aperitif which will be waiting for me on my return, there is no doubt – I’m home.