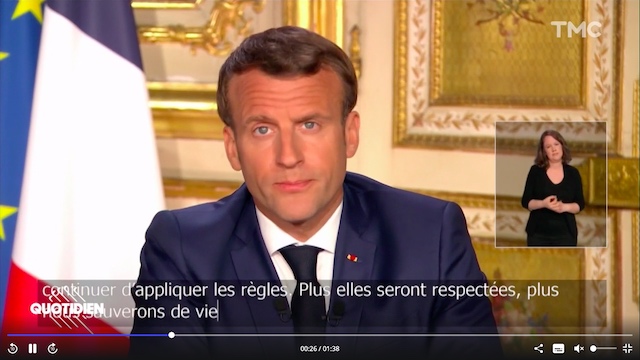 In France the rolling news Covid-19 continues with daily statistical updates, health service and lockdown stories and now some emerging proposals for an eventual deconfinement.

Coronavirus confinement in France extended to May 11

French President Emmanuel Macron addressed the nation live on television last night and announced that home confinement rules would remain in place until May 11, with assessments being made every fortnight. 36.7 million viewers tuned in to watch, a new French record.

Restaurants, theatres, cafés, hotels and bars will remain closed until mid-July at the earliest, while restrictions on public events such as music festivals would also stay in place until then, he added. Schools and colleges would gradually reopen from May 11.

Macron acknowledged that it was a difficult time for those confined at home, especially older people, and also admitted that his government had made mistakes, notably in the supply of PPE, masks, disinfecting gel and gowns. “Like you, I’ve seen delays, weaknesses in our logistics,” he said. “Were we ready for this crisis? Clearly not enough, but we stood up to it.”

Macron added that there would be increased Covid-19 testing on those with symptoms, older people and health care workers, but that testing the whole population “wouldn’t make sense”.

He said the pandemic is “beginning to steady… (and) hope is returning”.

“Joyous days are ahead,” he later added.

Last week, Macron came under fire for visiting healthcare workers on the frontline in the St-Denis area of Paris, which has been especially hard hit by the virus. Critics pointed out that his appearance attracted a small crowd who, after approaching him for photos, were not respecting social distancing regulations.

The French government has appointed Jean Castex, the Gers-born mayor of Prades (Pyrénées-Orientales) to oversee the gradual deconfinement as the country looks ahead towards post-lockdown life.

Broadly speaking, any future deconfinement plan is likely to feature the maintaining of current social distancing measures, the wearing of masks when outside, protecting the vulnerable and closely monitoring the movement and interactions of those who have had the coronavirus – with the latter measure to include continued isolation where necessary.

Practical news in brief for those living in France

One of France’s top union bosses has said that calls by Medef (Le Mouvement des entreprises de France, a union for business bosses) as well as from within the government, for workers to work harder under confinement are “unworthy” and “indecent”.

“It is totally indecent. Today, workers, like everyone else, are paying the cost of this crisis. It’s not up to them to pay afterwards,” said CFDT top man Laurent Berger.

A clandestine Easter Mass celebrated in the church of Saint-Nicolas-du-Chardonnet, central Paris,

earned the priest a fine for breaking confinement rules – but not the 40 or so worshippers.

Known for its adherence to Latin Mass, the service was brought to the police’s attention by locals, who heard the church organ being played.

In March, a priest was ‘reminded of the law’ after celebrating a mass in a private campsite in Isère. 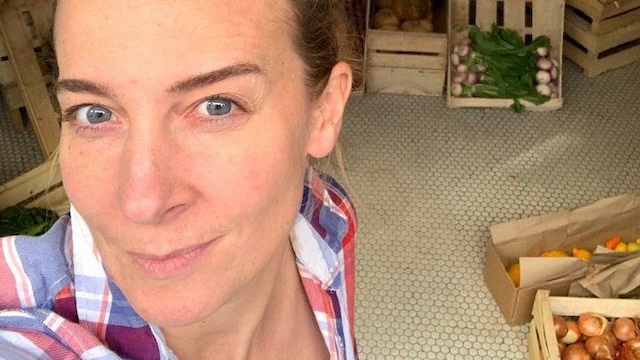 Chef Amandine Chaignot’s restaurant, Pouliche, in Paris’s 10th arrondissement, was forced to close due to the coronavirus after just six months of trading. So she decided to begin a new adventure… she made a “180-degree turn to continue to make herself useful” and set up a fruit and vegetable market.

She said she was moved by the distress of her suppliers, who suddenly found themselves with no outlet for their produce. “I was on the phone with a producer from the Lot who delivers to me twice a week, he was completely distraught, finding himself without outlets for his fruit and vegetables, as he works mainly with restaurant owners”.

Well-known French comedy actor Maurice Barrier died aged 87 after contracting Covid-19 during a hospital stay in Semur-en-Auxois (Côte d’Or) while being treated for a lung problem.

Also an acclaimed theatre actor, he was awarded the Molière award for Best Supporting Actor in 1998 for his performance in the play Douze hommes en colère (Twelve Angry Men).

A Morbihan woman living under confinement in the boulangerie she runs with her husband in Muel (Ille-et-Vilaine), has given birth to a little girl… with the help of the fire brigade.

The father waited outside until the baby arrived and the mother and her daughter were then taken to hospital. Both are said to be in good health.