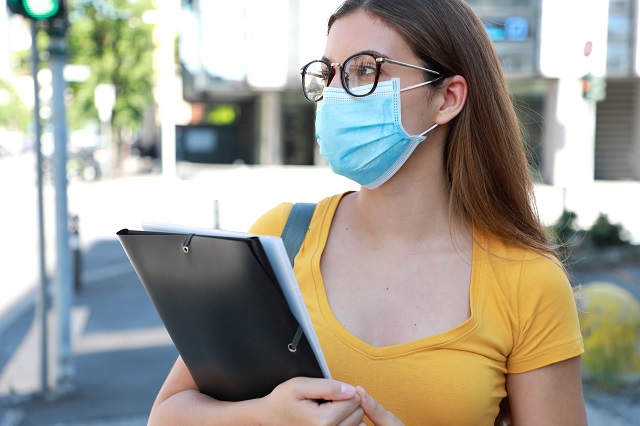 In this week’s French Covid-19 round up, news of a major spike in infections but relatively low rates of hospitalisation and death

According to the latest report from Santé Public France, France had four deaths in hospital in the 24 hours to Sunday, bringing the total number of casualties to 30,606.

However, the same period saw 5,413 new cases of contamination reported, with a particularly marked increase in the 25-35 age group. Nearly half of the people who tested positive had no symptoms but were therefore likely to transmit Covid-19 to their close contacts.

France currently has a total of 4,535 hospitalised people with 402 serious cases in intensive care.

53 departments are currently in a ‘vulnerable’ situation:

There are currently 346 outbreak clusters, of which 40 are new.

France has passed an “historic level” in its fight against the spread of the coronavirus, according to a government spokesman. Gabriel Attal said on Sunday that 900,000 Covid tests had been carried out during the week, “which is enormous”.

The objective of the government is to reach one million tests per week “in the short term”, according to Health Minister Olivier Véran.

Masks at work and school

Today, Tuesday September 1, is the big ‘back to school’ and work day in France, known as la rentrée.

All teachers are obliged to wear masks at work, even in maternelle schools. Crèche staff are not obliged to wear a mask in the presence of children. All pupils from the sixième year (the first year of collège) upwards must wear a mask.

As for other workplaces, employees will have to wear a mask in all spaces where they are likely to come into contact with colleagues, even if the distance of one metre is respected. In cases of employees breaching the rules, the company will be able to sanction the employee with a warning for professional misconduct. However, the company cannot impose a temperature reading or a screening test.

For the government, télétravail (home working) remains a priority, especially for those most at risk.

Majority of French in favour of mask wearing

76% of French people say they are in favour of making the wearing of masks compulsory outside in all French cities to fight against the Covid-19 epidemic, according to an Odoxa-Dentsu Consulting poll for franceinfo and Le Figaro, published on Sunday.

Of the 1,000 people quizzed, 44% are “quite favourable”, and 32% “rather favourable”, according to the survey, with more and more cities in France imposing mask wearing outside. Among the opponents of this measure, only 9% are “completely opposed”.

One complaint was that masks are not free, with 78% of those polled preferring masks to be free for all students, contrary to what Prime Minister Jean Castex has announced.

A majority of French people (54% against 46%) do not trust PM Jean Castex to propose a good recovery plan for France, which will be unveiled on Thursday.