French News Digest: Round up of the Covid-19 Pandemic 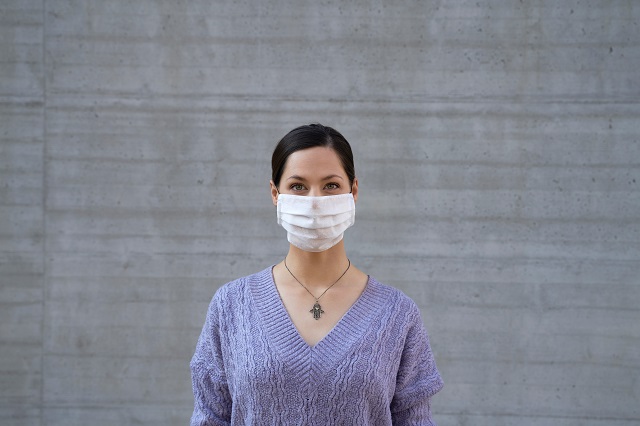 The number of deaths reported in EHPAD (care homes) and socio-medial establishment was 10,516, with the next assessment to available tomorrow. The total number of deaths in hospitals is 19,676.

However, the number of new daily infections rose above 1,000 for a second day running on Saturday bringing the level back to where it was when lockdown was eased in May. Last Monday, wearing a mask in most indoor public places became mandatory as the government looked to head off a potential spike in cases.

France currently has a total of 5,720 people being treated in hospital for Covid-19, with 410 serious cases in intensive care. In total, 80,815 people have been discharged cured from French hospitals.

According to data from Santé Public France, seven regions are currently in a ‘vulnerable’ situation: French Guiana, Mayotte, Finistère, Mayenne, Gironde, Vosges and Nord. Four regions (Ile de France, Grand-Est, Hauts-de-France and French Guiana) account for 69% of patients hospitalised in intensive care. Overseas, there are 190 hospitalisations, including 37 in intensive care.

There are 127 coronavirus outbreaks under investigation, including 11 new ones in the 24 hours to Friday. The number of new contaminations (more than 1,100 in 24 hours) is 26% higher than the previous week.

A cluster is said to be under control when the follow-up of contacts is in progress and no new cases are counted seven days after the last case.

Popular theme park Puy du Fou announced on Sunday that it was going to limit the number of spectators at its famous Cinéscénie to 5,000. This follows widespread dismay after images showing up to 12,000 people in stands watching a show were shared on social media. 5,000 is currently the legal maximum for group gatherings.

“In constant consultation with the State, the Puy du Fou opened the Cinéscénie in three grandstands in compliance with the health protocol aimed at guaranteeing the safety of its spectators,” the French theme park’s Twitter account stated. “This arrangement seems to raise concerns that could harm the serenity of our future spectators. As a result, the Cinéscénie will not welcome more than 5,000 spectators at its next performance.”

The 12,000 spectators were all wearing masks, and were spread out in three separate stands separated by Plexiglas panels.

Puy du Fou was authorised to reopen its doors on June 11, a date which the subject of controversy. The park’s founder, Philippe de Villiers, made public a text message from Emmanuel Macron giving him the green light for the reopening, a gesture perceived by some as a mark of favouritism.

Discotheques (still not allowed to open to the public) will benefit from a boost from the State to help with their costs. The Minister for the Budget said on Friday that rent, water and electricity bills and other nightclub costs will be covered up to a maximum of €15,000 euros per month for three months. “That will prevent many of us from filing for bankruptcy”, Nicolas Lamotte, a manager of two discotheques in Seine-Maritime, told franceinfos.

Government advises against travel to Catalonia

On the eve of a big weekend of departures by French holidaymakers, Prime Minister Jean Castex “strongly recommended” on Friday that the French “avoid” going to Catalonia, in northeastern Spain, because of the resurgence of the coronavirus epidemic there.

“We strongly recommend to the French to avoid going, as long as the sanitary situation does not improve” in Catalonia, said Jean Castex at Roissy airport.

The measures follow a rise in infections in Spain, with more than 900 new cases reported on Friday. This weekend the UK government said all holidaymakers returning from Spain were required to self-isolate for 14 days.

A week on from the blaze inside Nantes Cathedral, a Rwandan refugee who had been volunteering at the diocese has confessed to starting three separate fires.

The 39-year-old man, who was initially interviewed and released, was charged and placed in pre-trial detention on Saturday night for “destruction and damage by fire”, the Nantes public prosecutor announced.

“My client cooperated,” said the man’s his lawyer, Quentin Chabert. “He bitterly regrets the facts and mentioning this was a liberation for him. My client is now consumed by remorse and overwhelmed by the scale of the events.”

The Minister of the Economy, Bruno Le Maire, announced on Sunday that nearly a third of the €100 billion euros of the country’s recovery plan would concern the environment. “With Barbara Pompili [Minister of Ecological Transition], we propose to devote €30 billion (…) to investments in ecological transition,” he said in Le Journal du dimanche.

“We will ensure that all recovery decisions promote a new growth model based on decarbonation, energy moderation and green innovations. The recovery plan will be a green plan,” he said. Three sectors will be “a priority: energy renovation, transport and energy”, the first of which will be the renovation of private buildings via an increase in credits under the MaPrimeRénov scheme.

The government’s economic recovery plan is due to be presented to the Council of Ministers on 24 August.

Previous Article Property Update: Why French Estate Agents Won’t Give out Addresses
Next Article The Advantages of Using a Foreign Exchange Specialist in times of Uncertainty