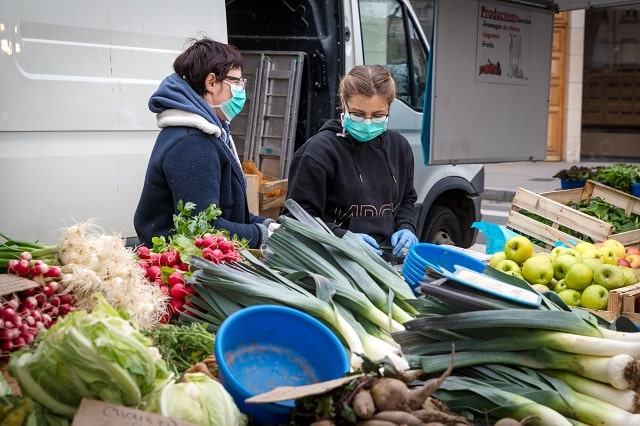 The last report provided by French health authorities concerning the Covid-19 pandemic revealed 3,063 new cases in the 24 hours to Monday, though this total is not definitive due to some reporting issues.

Health minister Olivier Véran says the second wave is not over, with the number of new cases of contamination stagnating for several days and a plateau setting in.

France’s vaccination strategy in different phases should start in January (see below) and run until spring. Vaccination will be free and not compulsory.

According to data from Santé Public France, 100 departments are currently in a situation of ‘high vulnerability’, while five regions are currently in decline, such as Ile-de-France. Six have levelled out and two continue to climb (Occitanie and the Grand Est):

Hospital case totals, plus number of deaths in 24 hours, by region:

France currently has 2,865 cluster outbreaks, including 1,226 in Ehpads.

Here is a round up of what you can and cannot do in France as of today:

Can I go to the cinema?

No. It is still not possible to go to the cinema, the theatre or to see a show, nor go to a restaurant, bar or sports hall.

Can I travel to another French region?

Yes. As of today, restrictions on moving about freely during the day will disappear: people will once again be able to travel anywhere in France without an “attestation” (certificate)… but only during the day.

A strict curfew comes into effect between 8pm and 6am, when it is forbidden to leave the home or travel, except with a valid reason: professional reasons, compelling family reasons, medical reasons, for the handicapped or their carers or companions, or for those needing to exercise pets – an attestation is required for all of these.

Note that exercise or being out and about for some fresh air is strictly prohibited between these hours.

What about over Christmas?

The curfew will not apply on December 24th, but must be observed on December 31st, New Year’s Eve.

Can I go on holiday within France?

Yes, as long as the night-time curfew is respected (getting a connecting train or plane after 8pm is permitted).

Can I go Christmas shopping?

Yes. If you haven’t finished your festive shopping yet, you still have plenty of time to do so starting from today, but only between 6am and 8pm.
France’s “non-essential” shops reopened on November 28th, with reinforced sanitary protocols. The rules concerning bookshops, watch and clock sellers, jewellery shops, toy stores, clothing stores or hairdressing and beauty salons have not changed.

Can I attend religious ceremonies?

Yes. As of December 3, religious ceremonies with up to 30 people can take place, but new rules have been set: two seats must remain free between each person or family entity and every other row must remain unoccupied in churches, mosques, temples and synagogues. This may change later this week.

Can I play sport?

The playing of sport can now go ahead indoors, but only for children. The government says it wants to encourage young people to enjoy sports in order to limit the effects of confinement.

However, the practice of sport indoors for adults is still prohibited. Individual outdoor sports such as racquet sports, running and cycling are permitted.

French specialist cold-storage transporters are said to be ready to ship 200 million vaccine doses, with the first vaccinations set to take place in Ehpads (care homes) in mid-January.

The world of culture and entertainment has called for a demonstration today at Place de la Bastille in Paris, to protest against the continued closure of cultural venues such as theatres, cinemas and museums – a measure which is due to last until at least January 7th.

Meanwhile, Nicolas Dubourg, president of the Union of artistic and cultural businesses (SYNDEAC) has said that the union will file a lawsuit on the matter tomorrow.

A meeting between the Minister of Culture Roselyne Bachelot and leading cultural administrators took place yesterday via video conference, but Mr Dubourg said he was “not really reassured” by the exchanges with the minister.

“We simply ask to be open,” he insisted. “We do not understand why theatres and cinemas are still closed today”, compared to the so-called non-essential businesses, which were able to reopen at the end of November.

Previous Article Mortgage Update: 12 Useful Things to Know about French Mortgages
Next Article Property Update: Reflecting on 2020 and what the Future Holds (Part 2)