News Digest: Emmanuel Macron to Address the Nation on Wednesday 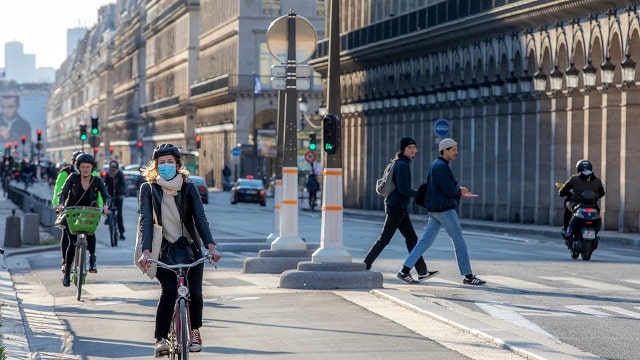 In France, the last report provided by health authorities concerning the Covid-19 pandemic, showed 9,094 new cases in the 24 hours to Monday, bringing the total number to at least 4,554,683 confirmed cases.

According to data from Santé Public France, hospitalisation rates by region and number of deaths in 24 hours to Monday are as follows:

Health officials in Paris-Ile-de-France have made alarming projections if a hard lockdown is not put in place by April 1.

Following a crisis meeting on Saturday, the Assistance Publique-Hôpitaux de Paris (AP-HP) said 230 people will be in intensive care every day in the Ile-de-France region, almost double the current daily figure. “We won’t be able to keep up with the demand,” says one doctor in a report by France Inter.

The AP-HP, a university hospital trust, expects a peak on April 12 with the number of patients in intensive care rising to 3,470.

Professor Bertrand Guidet, head of the resuscitation department at the Saint-Antoine hospital in Paris, said: “If we wait a little, that is to say, if we imagine a confinement which would come into effect on April 8, the peak would be around April 19, and there, we arrive at vertiginous figures.”

The doctor warns of a cumulative number of 4,400 patients hospitalised in the Ile-de-France region. “We won’t be able to cope with the demand,” he added.

One consequence, he said, is that doctors will have to be selective about whom they can give intensive care treatment to.

“We, as professionals, as resuscitators, do not wish to assume alone the responsibility of such extreme situations.”

Emmanuel Macron to address the nation on Wednesday

Emmanuel Macron is set to address the nation tomorrow evening (Wednesday March 31) according to franceinfo, following a meeting of the government’s Health Defence Council earlier in the day.

Over the weekend, Mr Macron had said: “We will consider the efficiency of the [most recent] measures and we will take more if necessary. Nothing has yet been decided.”

According to a source close to the Elysée, the closure of schools will be among the measures discussed. “If we don’t take any measures, the risk is that schools will close by themselves,”  said the minister. One hypothesis is that schools across France could be closed for three or four weeks in total during the Easter period.

The fact that doctors might need to ‘sort’ patients as they arrive in intensive care, due to saturated resuscitation facilities, is said to be the final straw line for the President.

However, “there is still room for manoeuvre,” said the source, such as “more transfers of patients [to other regions in France] or more postponing of operations.”

A new health protocol in schools came into effect on Monday, meaning that a single case of Covid-19 is enough to close a class, compared to three previously. “We will only close [schools] as a last resort,” Health Minister Olivier Véran said Thursday.

France should receive three million doses of Covid-19 vaccine this week. “We are even told that we will have six times more vaccines in mid-April than in mid-March,” said Jacques Battistoni, president of the GP’s union, MG France, on franceinfo.

“We will have a delivery of 1.4 million doses to share this week between doctors, pharmacists and nurses,” explained the doctor, who assured the public that “it will work out.”

France’s Economy Minister said today that re-opening ‘non-essential’ shops in the 19 departments struggling to contain the latest Covid-19 wave would not be “in the interest of the country”, given the deteriorating health situation.

“The list of businesses allowed to open will not change,” said Bruno Le Maire. “It would not be understandable that, at a time when the health situation is deteriorating, when it is difficult for caregivers, and for hospital staff, we send a message to open other businesses.”

Since Prime Minister Jean Castex announced that shops and large shopping centres that do not sell “goods and services of primary necessity” would have to close again, chambers of commerce and retail federations have expressed their dismay.

“This list of businesses – which we decided with the President of the Republic and the Prime Minister several days ago – I do not say that it is a perfect list. If the cobblers are open, it is because they are repairers and repairers are important,” explained Mr Le Maire.

“It penalises shopkeepers, but to send the signal that we are reopening shops even as the health situation is deteriorating, that’s not in the general interest of the country.”