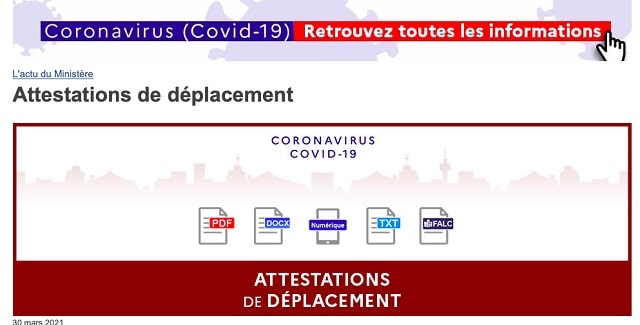 In France, the latest Covid-19 update provided by health authorities shows at least 4,833,263 confirmed cases in total, an increase of 10,793 in the 24 hours to Monday.

The previous report on Sunday evening from Santé Publique France had announced 66,794 additional cases. But this high level was explained by a catch-up of data not transmitted on Saturday. Weekend figures reported are usually lower due to testing facility closures.

According to the data from Santé Public France, statistics from the different French regions are as follows:

Over the last seven days, 12,878 new hospital admissions have been recorded across the country.

As for vaccinations, 9,351,329 people in France have received at least one injection of vaccine against Covid-19, or about 14% of the population, the Ministry of Health said in its daily update yesterday. Of those, 3,142,151 people have also received a second dose.

France’s National Stadium, Stade de France, will open today as a ‘vaccinodrome’ and “will carry out more than 10,000 vaccinations per week,” said Aurélien Rousseau, Director of the Regional Health Agency (ARS) of Ile-de-France.

Mr Rousseau said that “one million doses” will be injected during April, adding: “150,000 doses of AstraZeneca vaccines will be delivered to city health professionals, pharmacists and doctors, so that they too may continue their part in the vaccine campaign.”

France entered a new period of restrictions last Saturday, April 3, for a period of four weeks “at this stage”, according to government spokesman Gabriel Attal.

“These measures have been announced for four weeks. It is not expected that they will go beyond four weeks at this stage [but] we should never exclude anything on principle for the future,” said Attal.

As the country faces its third lockdown period, the government also announced the launch of mass vaccination for teachers and the possibility of extending it “during the month of May” to other “second-line” personnel.

Speaking on the LCI news channel, the spokesman added that the government “is beginning to see signals that can make us optimistic about the measures that were put in place [in the 19 departments initially locked down in March] with a beginning of stabilisation of the epidemic. All this encourages us to continue to maintain our efforts.”

Here is a summary of the current round of lockdown rules across the whole country:

No restrictions or need for an attestation form within a 10km radius of your home from 6am to 7pm, though you will need to carry proof of address.

An attestation form is required for longer trips. FIND IT HERE

You can travel over 10kms (within your department) to make essential purchases or pick up ordered goods, to visit the library or a place of worship.

Any movement to another department must be justifiable for:

• Professional activity, education and training, health consultations, vaccination or to purchase health products
• Compelling family reasons, to assist the vulnerable or for childcare
• A legal or administrative summons
• Travel required for the purchase or rental of a principal residence

Schools and crèches are closed for three weeks.

The Paris public prosecutor announced on Sunday the opening of a criminal investigation after the broadcast of a report by TV channel M6, showing hidden camera footage of clandestine luxury dinners being organised in the capital. Such gatherings are in breach of Covid-19 social distancing, mask-wearing and curfew rules.

Government ministers were initially reported to have participated, according to the claims of the anonymous source on the programme – later confirmed to be businessman and Napoleon memorabilia collector Pierre-Jean Chalençon, owner of the Palais Vivienne – but he later denied any minister involvement, saying he was only joking.

The haute cuisine on the menu started at €160 and cost as much as €490 per person, said the report.