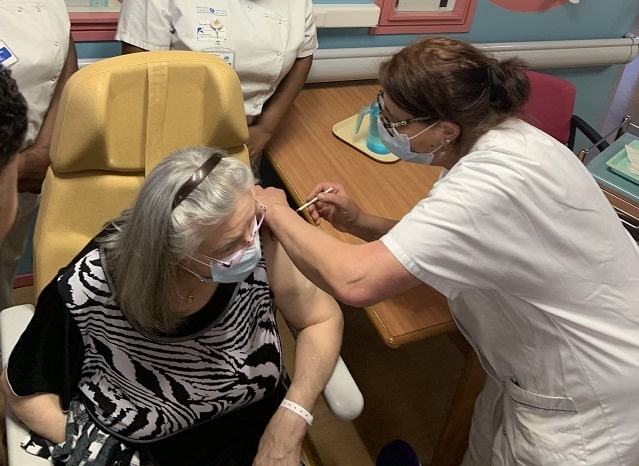 According to the latest report from Santé Public France, France saw 363 deaths from Covid-19 in the 24 hours to Monday, bringing the total to 63,109 since the pandemic began.

The positivity rate is currently 2.9% and the reproduction rate has risen to 1.03. This continues the trend that the epidemic is on the rise, with an infected individual infecting on average more than one other person.

100 departments are currently in a situation of “high vulnerability”. Among the regions with the most active circulation of the virus, four show an incidence rate higher than the national average, estimated at 139 over the last seven days: Grand Est, Bourgogne-Franche-Comté, Auvergne-Rhône-Alpes and Provence-Alpes-Côte d’Azur.

Figures by region in the 24 hours to Monday:

France currently has 2,335 cluster outbreaks, including 839 in Ehpads.

The Grand Est region now has the highest incidence rate in France, while in Alpes-Maritimes department, “the beginnings of the third wave are already there”, according to a hospital director in Grasse, Walid Ben Brahim. The incidence rate in the department is 267 per 100,000 inhabitants – nearly double the national average.

The mayor of Nice, Christian Estrosi, said yesterday that he wished for the vaccination programme to “start immediately and not in eight days”.

The Minister of Health, Olivier Véran has also expressed concern. Speaking to Le Journal du dimanche on Sunday, he described a worrying situation in “the Grand Est region, Burgundy Franche-Comté and the Alpes-Maritimes department, starting with Nice”.

“The virus is still circulating too much, 15,000 contaminations detected per day on average, whereas we had gone down to 11,000”, said Mr Véran.

The objective of reducing daily contaminations to 5,000 – announced by the President at the end of October – is simply not happening quick enough. A new Health Defence Council meeting will be held later today to assess new measures, with a third confinement a possible step, perhaps on a local level. Mayors in Reims and Nancy have already requested such a measure.

Mr Véran said that the government did not rule out the possibility of resorting to a new containment: “We never rule out measures that could be necessary to protect the population. It does not mean that we have decided, but that we are observing the situation hour by hour.”

However, it is thought that all major decisions on reconfinement will not take place until early January, once complete figures from the festive period are in. The expected reopening of cultural venues and the end of téle-travail (home-working), previously scheduled for January 7, is now under threat.

And a source close to the President was reported by Franceinfos as saying that “restaurants should not have any illusions about reopening on January 20”.

A 78-year-old woman called Mauricette (pictured, above) received the first dose of vaccine in France on Sunday in Sevran (Seine-Saint-Denis), before eight other people – including Dr. Jean-Jacques Monsuez, a 65-year-old cardiologist, who had the jab to encourage others to have trust in its safety. Three other vaccinations followed in Dijon (Côte-d’Or).

President Macron posted a series of messages on Twitter on Sunday morning. “After the green light from the health authorities, the vaccination campaign starts today, in France and in Europe. First stage of the vaccination campaign: elderly people living in communities as well as vulnerable healthcare professionals. Let’s pass the message on to our grandparents, let’s protect them first,” said the tweets.

He also reiterated that the vaccine was free and not compulsory. “Let’s have confidence in our researchers and doctors. We are the country of the Enlightenment and of Pasteur, reason and science must guide us.”

France has confirmed its first case of the more contagious Coronavirus variant recently identified in the UK.

The French health ministry said the person was a French citizen from Tours who had arrived from London on December 19. He is said to be asymptomatic and currently self-isolating at home.

The new strain (souche) prompted travel curbs to dozens of countries, as well as a France-UK border closure. This was lifted on Wednesday, allowing thousands of lorry drivers to board a train or ferry once they showed a negative Covid result.

The UK Parliament is expected to approve it tomorrow, with the deal – which came after nine months of negotiations – set to become law on January 1, in line with the Brexit transition period ending.

The deal means that the UK and EU can continue to trade without extra tariffs/quotas/taxes being added to the price of goods.