A Whole Lot of Valley – All About the Lot 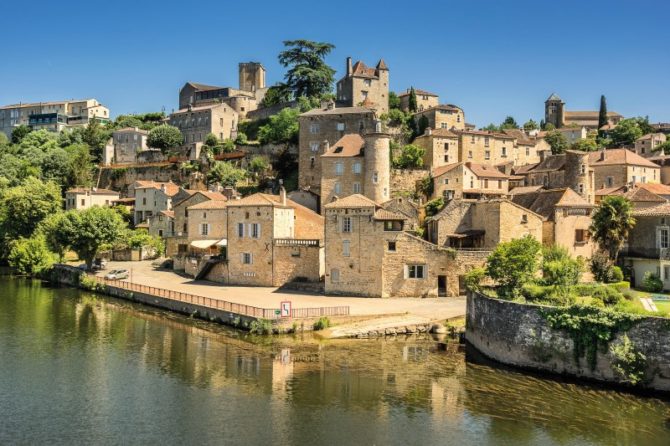 Twisting through some of the most beautiful countryside in the southwest, the Lot Valley is a ribbon of hilltop villages and pretty meanders. Along with Quercy, through which it passes, it’s been attracting property buyers in the know for decades, says Dominic Bliss

Farming is the traditional mainstay of Quercy and the Lot Valley, with Lozère famous for its lamb and Aubrac its beef. Lozère is also the number one honey-producing region in France, while Lot-et-Garonne is famous for its fruit: Agen prunes, juicy strawberries, kiwis and (in Quercy) saffron. Wines are produced here too – Cahors ‘black’ red and Coteaux du Quercy among them. Tanning and other local trades can be found in the area’s villages and towns. Remnants of these remain: from porcelain-making in Puy-l’Évêque to boatwrights in Entraygues. Today, the Lot Valley’s economy is mainly focused on tourism, with canoeing and boating trips a big draw. A steady stream of visitors come to marvel at the pretty villages and hilltop bastides – or just to relax in the sun and enjoy the local specialities.

The River Lot is like a man whose stormy, passionate youth is followed by a less adventurous middle age, and who spends his final years in fat, opulent old age.” So wrote Édouard Armand in his 19th-century novel Le meunier de Ganil, comparing the meandering progress of this lovely river to the twists and turns of human life. “The river starts as a tumultuous torrent, streaming down from the heights of Gévaudan, through the Rouergue and Quercy, between haughty cliffs and cyclopean rocks obstructing its path,” Armand went on. “Sometimes it boils with anger. Sometimes its waters rock to and fro like a slow ox ruminating, until it comes gloriously to its end in the fertile plains, expiring in the bosom of a great River Garonne.” The Lot certainly isn’t France’s longest river (courses of water including the Rhine, the Loire, the Rhône and the Seine, easily out-distance it), but it packs an enormous amount – and variety – into its serpentine valley. And it manages to show off some of the most beautiful countryside and prettiest towns and villages (including some stunning bastides) you will see anywhere in southwest France. 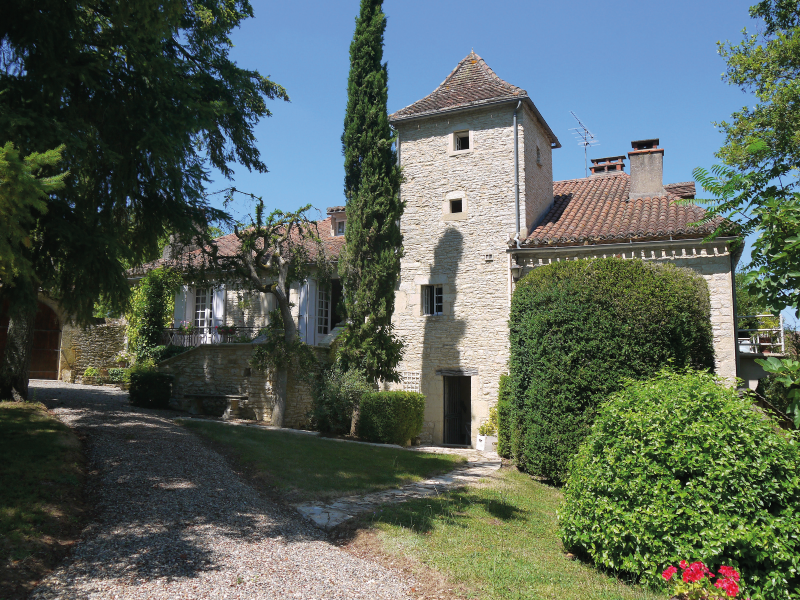 The Lot Valley’s Place in France

Twisting sinuously, like the wave of a hospital cardiograph, the Lot flows 481km east to west from Le Bleymard in Lozère, to Aiguillon in Lot-et-Garonne, where it joins the
larger River Garonne. En route, from the Massif Central to the Aquitaine basin, it passes through five départements (Lozère, Cantal, Aveyron, Lot and Lot-et-Garonne) and links dozens of gorgeous towns. These include Mende (with its huge limestone plateau), Espalion (where you’ll find Romanesque churches guarding the river banks), Entraygues-sur-Truyère (the confluence of the Lot and Truyère rivers), Conques (with its Sainte-Foy abbey church, a popular stop on the Camino de Santiago), Figeac (with its wonderful Gothic façades), Saint-Cirq Lapopie (lodged 100 metres above the river), Cahors (capital of the famous wine region), Puy-l’Évêque, Penne-d’Agenais and Villeneuve-sur-Lot (famous for its lovely bridges). All in all, there are almost 200 villages perched on rocky outcrops, clinging to escarpments, or hunkered down in the curves of the many meanders. On the houses here you’ll see slate or tile roofs; in the upper valley, you’ll spot buildings of dark-blue stone; in the Quercy it’s milky limestone. There’s no getting away from the fact that travel from Britain isn’t straightforward, but this adds to the region’s charm, ensuring it feels splendidly isolated for much of the year. The nearest international airport to the valley itself is Rodez-Aveyron. Other options include Bordeaux, Toulouse, Bergerac or Brive-la-Gaillarde – all a good drive away.

Property in the Lot Valley

When it comes to property styles or values, it’s impossible to generalise where the Lot Valley is concerned as it covers such a huge geographical area. But overall, the towns in the west of the valley feature lighter stone and command higher prices than those in the east. One area in the valley is particularly popular with expatriates searching out second homes – and that’s Quercy. Among France’s ancient provinces, it centres around the lovely city of Cahors and comprises the present-day département of Lot, the northern half of Tarn-et-Garonne, plus tiny sections of Dordogne, Corrèze and Aveyron. Property hunters start drooling at the prospect of exploring Quercy’s villages, many listed under the official Plus Beaux Villages de France label. A huge limestone plateau in the northeast (the Haut-Quercy) gives way to rolling hills, thick woods and fertile farmland in the south, all amply irrigated by the Lot, Tarn and Aveyron rivers. During the religious wars of the 16th century, Quercy was the scene of some bitter fighting. Nowadays, however, the only squabble you’re likely to encounter is a rush for the wine section in the supermarché. And rightly so, since the famously dark-red wines of Cahors ought to be sampled by all who come here. House prices across the valley have pretty much plateaued since 2009. In Cahors, the average property price is €1,395 per square metre; with apartments €1,279. In Villeneuve-sur-Lot, houses come in at €1,123 per square metre and apartments €932. In Figeac those figures are €1,374 and €1,286 respectively. 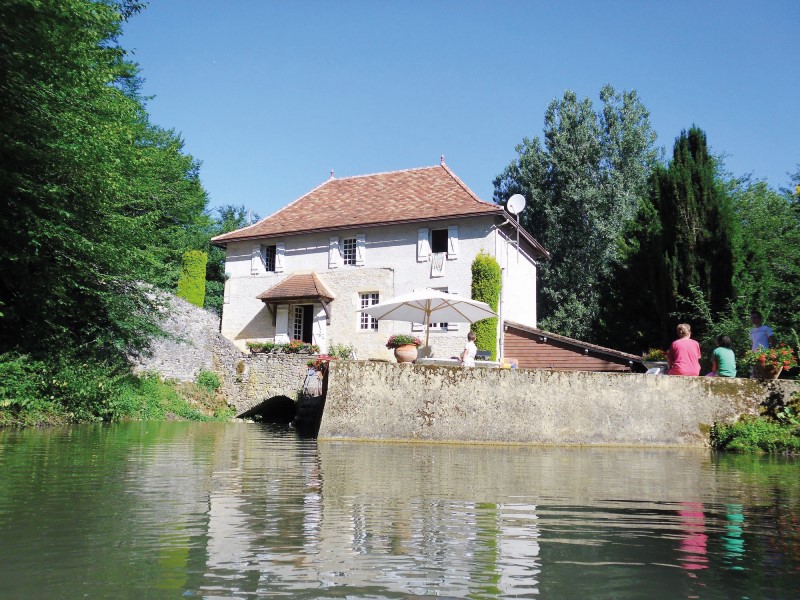 At any one time, the climate can differ radically at various points along the Lot Valley and Quercy, depending on whether you’re in the upper, middle or lower section. Figeac is about halfway down the river, giving an indication of average climate.

Now you know a bit more about the Lot Valley, do you think it could be the place for you? Browse our property pages, or give our team a call on +44 (0)203 773 2824. This could be your first step to a new life in this fantastic region! 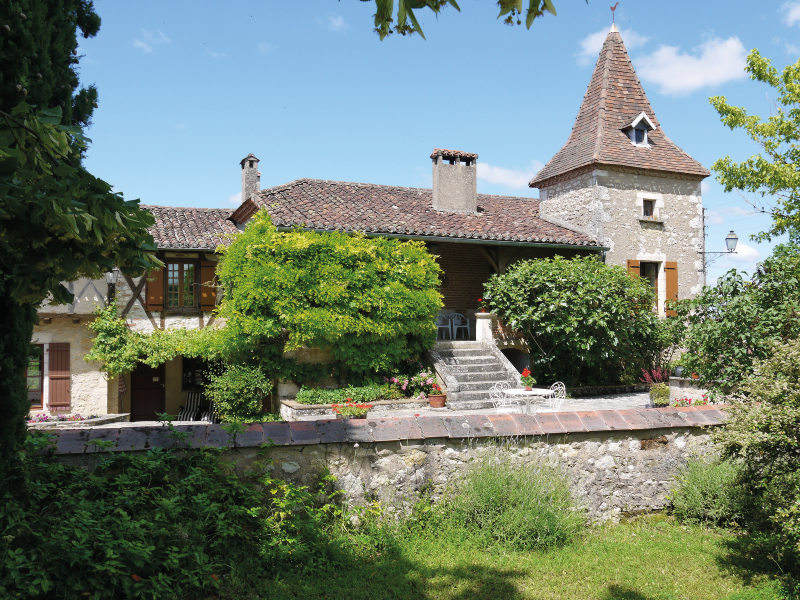 French Mobile Homes: The Costs And Maintenance Every Owner Needs To Know About

Cleaning Products Not Recommended For Your Sewage Treatment Solution