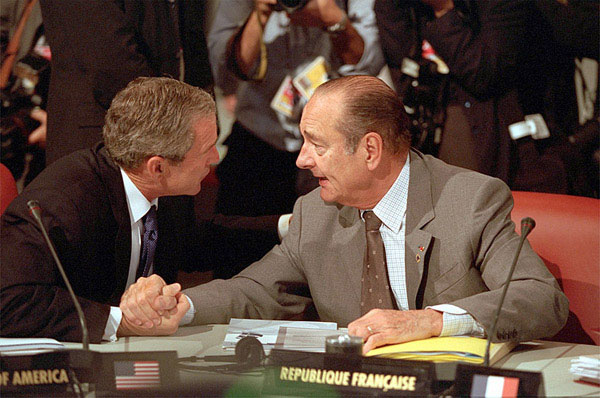 For our US and UK readers, last week had some shocking events which could dramatically change the political landscapes for the United States and Great Britain. Between Prime Minister Boris Johnson losing his Supreme Court battle and impeachment proceedings against President Donald Trump ongoing, the headlines have been a riot of opinion and breaking news.

Not to be left behind, France has had plenty of news of its own, from the death of a beloved former leader, to an update on one of last week’s big stories…

Marion Maréchal, niece of rightwing leader Marine Le Pen, has issued a stark warning to President Macron, claiming that she is “convinced” that it is only a matter of time before a nationalist government is elected in France. She stopped short of announcing her own candidacy, but stated that an alliance between the right and far-right in France would be the key to bringing a rightwing government into power.

French customs agents in Calais have been conducting no-deal Brexit preparation drills. The rehearsal aims to simulate post-no-deal conditions, and to prepare lorry drivers and customs staff for the new procedures that would be required in the event that the UK leaves the EU without a deal at the end of the month.

France has unveiled environmental benchmarks against which to measure the national budget. The so-called “green budget” has been welcomed by climate campaigners. This news follows environment pledges made by President in 2017, aiming to steer world economies towards total carbon neutrality in the next 31 years.

A controversial bioethics law was passed this week, allowing single women and those in same-sex couples access to IVF treatment. While the bill will not become law unless it passes through the Senate, the news has been hailed as a huge victory for the LGBTQ+ community. The current law allows only heterosexual couples to use IVF to conceive.

Former French president, Jacques Chirac, passed away last week at the age of 86. He served as the President of France for two terms, and as Prime Minister for one. All three living former Presidents, Giscard d’Estaing, Nicolas Sarkozy and Francois Hollande attended his funeral yesterday, as did current President, Emmanuel Macron.

Marion Maréchal isn’t the only member of the Le Pen dynasty making headlines this week, as a furious Marine Le Pen was banned from attending the funeral. Her representative said that Mme Le Pen would not be in attendance, “seeing as the Chirac family has decided not to abide by republican traditions”. Mme Le Pen has previously asserted that she would be in attendance, stating that it would be “only natural”, despite Jacques Chirac being a vocal detractor of nationalist values throughout his life.

A Paris court ordered the founder of the French #MeToo campaign to pay €15,000 in damages to French TV executive Eric Brion, who she had accused of sexually lewd remarks. Sandra Muller was also ordered to pay €5,000 in legal fees to the defendant and to delete the tweet in which she levied her original accusation. She has said that the ruling is “incomprehensible” and says she still encouraged women to speak out about sexual misconduct.

French budget aieline, XL, has suspended flights and faces bankruptcy. It is seeking a rescue bid, but to date no offers have been extended to take on the ailing company. This comes just a week after Aigle Azur was shut down by the French courts, and Thomas Cook announced its immediate closure.

A chemical plant in Rouen has caught fire, sparking fears that the foul-smelling smoke may be a health risk. Prime Minister, Édouard Philippe, agreed on Monday that the smell was “unpleasant” but has asserted that they are not harmful to people, animals or crops.

Environmental activists have smeared the famous glass pyramid at the Louvre in Paris with treacle. The protesters, dressed in black, covered the landmark with molasses in objection to the Louvre’s sponsor, Total.

Famous French Chef Marc Veyrat has announced plans to sue Michelin after his restaurant La Maison des Bois was stripped of its third Michelin star. Veyrat claims the removal of the accolade is over an inspector’s botched evaluation of a cheese souffle, saying that they incorrectly assumed it contained cheddar, instead of saffron. The trial is set for November 27th.

Cannes has announced a controversial ban on the most-polluting cruise ships over air quality concerns. The Mediterranean resort is currently France’s fourth-biggest cruise ship port, and will turn away ships that do not respect a 0.1% sulphur cap on their fuel.

A black panther recovered from a roof in Armentières has been stolen from the zoo where it was being kept. The panther, which was most likely kept as an illegal pet, was discovered missing last week, and investigations are being held into its whereabouts.

French rugby officials have been left embarrassed after calling up a player for their Rugby World Cup squad, only to find he is injured, and unable to play. Uini Atonio was announced as a replacement for Dema Bamba, only for the French Rugby Federation to realise that Atonio has a neck injury which precludes him from play.