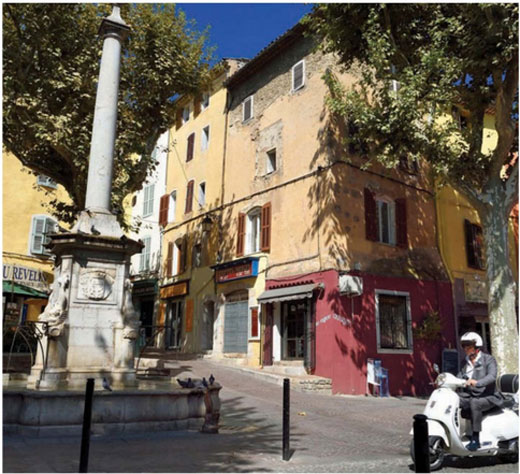 WHERE TO BUY IN FRANCE NOW!

Located at the centre of the south-easterly Var département, Lorgues is a quiet, typically Provençal fortified city which dates back to the 11th century. This historic city boasts a range of religious buildings, ruins, olive mills and ancient façades, which are tied together by shaded courtyards and winding streets. Its maze of cobbled passageways is bordered by colourful town houses, vaulted passages and ancient steps adorned with stone carvings. The plane tree-lined main street, hosts a traditional market every Tuesday.

Bordered by two rivers, the surrounding countryside is peppered by terraced planting, wineries and fields of olive trees, plus dozens of medieval villages, including Tourtour, a Plus Beaux Village de France, with its breath taking views over Provence.

The Med, with Saint-Tropez and Saint-Maxime, lies just an hour’s drive south, or you can head north for 90 minutes, to reach the stunning Gorges du Verdon, considered to be one of Europe’s most beautiful sites.
In terms of transport connections, by air, Lorgues can be reached via Toulon, a 76km drive to the south, or Nice, which is 92km to the east along the A8 Autoroute.

Pricing in Provence is known to be expensive, compared to other areas of France, but if you’re looking for something closer to the coast at a more reasonable price then the central Var, including Lorgues, is perfect.
Villas are the most prevalent property style in the area and they’re synonymous with the Mediterranean lifestyle. These villas are usually contemporary in build yet they do retain the traditional and desirable Provençal style. There are some very reasonable prices around Lorgues, if you’re looking for a villa with some garden and a pool. The prices typically start from €300,000 and reach up to the €1m+ range. Depending upon the property’s condition and location, studio apartments can start from as little as €100,000, and larger examples in complexes with shared amenities and a swimming pool go from around €150,000. There’s a good rental market here, if you’re looking for property in investment terms or want to buy a holiday home with all the convenience of a ‘managed’ property.

A rarer property, the bastide-style home with is classically symmetrical in build and proportion, is also typical of Provence and these often include outbuildings. The prices of bastide-style homes start from €500,000.
Luxurious countryside estates with land and mas will typically start from €800,000, rising into the millions, and you’ll tend to pay a premium for larger plots of land in Provence.

* With thanks to Valérie Boutry, from our partner agency in the Var.

SEE ALL PROPERTIES FOR SALE IN THIS AREA >>>