Get More for Your Money When Buying Your French Property 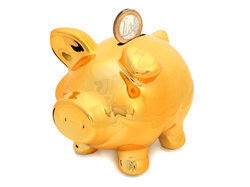 The euro’s big break in April came when parliament reappointed its octogenarian president for an unprecedented second term and he, in turn, nominated the uncontroversial Enrico Letta as prime minister and asked him to form a government. To the extent that Mr Letta has already survived two votes of confidence, the strategy worked.

Investors were relieved not to have to cope with the uncertainty of another Italian election and they gave their own vote of confidence to the new government the following day by lending it money at the lowest rates in three years.

Unfortunately it is not easy for them to be inspired by the eurozone’s economic performance- recent or projected. Compared with the data from America and Britain, those from Euroland are weak. The purchasing managers index, which measure changing activity in manufacturing and the services sector, cover a scale of zero to 100. Any score below 50 signifies a slowdown (the lower the slower) and vice versa. The national and pan-Euroland readings for April were all below 50. Continuing job losses across the euro zone have taken unemployment up to 12.1%. Retail sales fell -2.4% in the year to March. Even Germany is suffering collateral damage: economic growth this year is forecast to be little more than half the 0.7% achieved in 2012.

The European Central Bank acknowledged this weakness when it lowered its benchmark Refinancing Rate at the beginning of May from 0.75% to 0.5%. Whether it will achieve anything is open to doubt; the link between the Refinancing Rate and real borrowing costs, especially in the likes of Spain and Italy, is tenuous at best. But the ECB must be seen to be doing something, so it did.

Britain’s government and the Bank of England have attempted to tackle this “transmission” problem with the funding for lending scheme (FLS), whereby high street banks can get cheap loans from the BoE if they then pass the money on as loans to customers. As yet there are insufficient data to show whether or not the scheme is working; the first solid evidence will come on 4 June when the Bank publishes its quarterly FLS figures.

What the Bank is not likely to be doing, to the relief of investors and the pound, is spending any more money on the asset purchase programme in which it has bought £375bn of government bonds. Preliminary figures for the first quarter of 2013 showed the UK economy growing by 0.3%, three times analysts’ forecast. Whilst it is far from a stunning performance, investors reckon it is enough to prevent the BoE governor persuading another two Monetary Policy Committee members to join his call for more asset purchases. The removal of that threat has been positive for the pound.

And the euro zone is not out of the wood yet. Several of the EU’s leading lights have realised that austerity is not a passport to economic growth and even the German finance minister is no longer insisting that bailout recipients respond to recession with yet more spending cuts. But turning the austerity tanker around will not be the work of an idle moment and the euro might have to pay the price.

Purchasing a property in France is usually a long, stressful and expensive process. By opening an account with Moneycorp you will have an allocated dealer who can help you plan to make your currency transfers at the best time.

Exchange rates are constantly fluctuating and this will have a massive effect on how much currency you end up with. As an example in February 2013, the GBP/EUR exchange rate was 1.14 and in May 2013 the rate was 1.18. If buying a £200,000 property, this could be up to £5,000 difference due to exchange fluctuations alone. These movements play a big role with your budget and that’s where Moneycorp can help. Your dedicated currency expert will give guidance on the markets and help watch the movements and you can take advantage when they are in your favour.

Call Moneycorp on +44 (0)20 3773 6355 for more information – quote French Entrée to receive free transfers on all your overseas payments.

If you have a question about your upcoming property purchase, or just want free guidance on the exchange rates please click here.