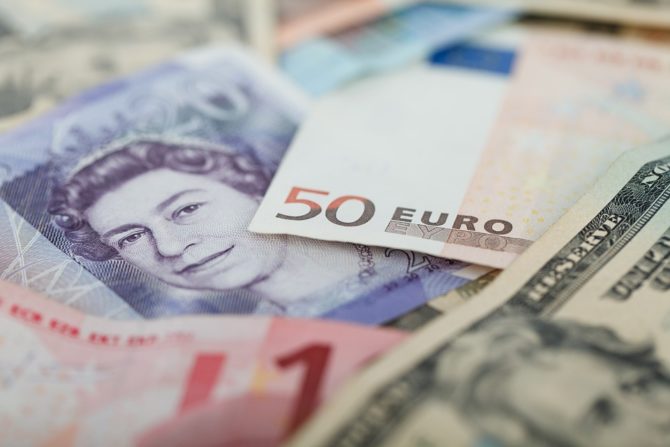 It has been a light data calendar for the UK over the past week, with only low-impact economic data released, and markets having to live off the odd scrap of political news, such as reported progress on the Northern Ireland protocol between the UK and the Euro area. The pound has therefore been impacted by events elsewhere, with GBP/USD riding on the tails of a stronger EUR/USD for the most part, and pushing as high as 1.2242 yesterday afternoon, after having failed to break over 1.2200 for much of the week beforehand. However, much the same as elsewhere, the failure for risk assets to maintain gains, ensured that GBP/USD drifted back to the 1.2150 region again by the European close, before retesting the highs above 1.2240 in the latest New York session.

The next few days will be key for the UK and the pound, beginning with some good news after the latest growth figures saw UK growth unexpectedly expanding during November at 0.1%, having been expected to decline by around 0.2%. Industrial production declined by 0.2% (MoM/Nov), slightly beating estimates of a 0.3% decline, however, Manufacturing Production declined by another 0.5% over the same period.

Next week is even more significant for the UK, with the latest inflation report, as well as key Employment and Retail Sales data scheduled for release. Inflation will probably just edge employment, and given the recent trend of softer inflation, it is hoped that improvement is replicated in the UK, which would be a boost for everyone including the BoE, who would welcome any softening, given their dire predictions for the UK economy over the next year and a half.

As for the outlook for the pound, the recent trend of a stronger GBP/USD and weaker GBP/EUR could still persist for a while, of course notwithstanding any major shocks from incoming data.

The single currency has been on a roll recently, culminating with EUR/USD bursting back over 1.0865 for the first time since April yesterday, and GBP/EUR being pushed below 1.1250, despite GBP/USD holding fairly firm throughout the period (see GBP). The moves have been aided by clear evidence of softer inflation for the region, especially amongst key economies, coupled with sharp declines in energy prices and helped in part by a much more mild than usual winter (so far). This has clearly helped reduce much of the financial burden that countries such as Germany had previously committed to, in assisting with energy bills for beleaguered customers with the energy prices bill.

It is not just about energy, however, with broader economic data largely beating estimates within the block, even if those improvements have been from a particularly low base. The ECB has continued with its ongoing hawkish narrative, which is also helping to underpin the single currency. Just this week, several ECB members maintained the 50bps hikes ahead themes, even if one of those was Robert Holzmann, who has been bullish on rates for some time. Of course, the broadly weaker buck also plays a part in helping to drive EUR/USD higher.

However, the camp for avoiding a recession in the region is growing bigger by the day, and this will help to give the ECB further confidence to raise rates further, even if inflation is already moving in a southerly direction. On that note, markets currently expect a whopping 140bps worth of hikes from the ECB through this year, which is one big fat reason why the Euro has looked so attractive, especially when you balance that against a Fed that is rapidly approaching the end of the current hiking cycle. Onwards and upwards, as they say.