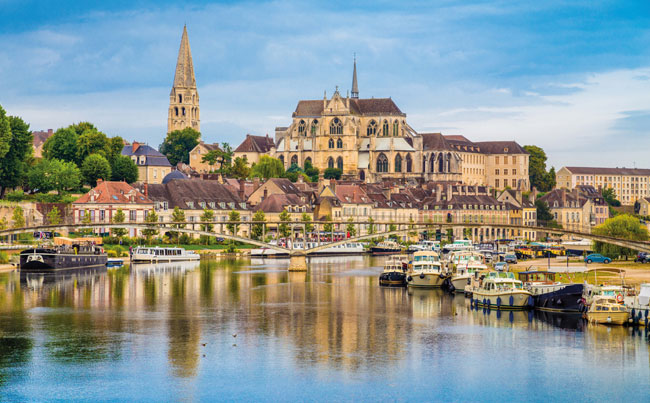 For decades we Britons have been drawn to Burgundy, lured by those two great French passions – food and wine. This is the home of boeuf Bourguignon, coq au vin, Dijon mustard, snails steeped in garlic, Chablis, Puligny-Montrachet, Beaujolais… you get the picture. Rather joyously it’s also home to some of the loveliest old housing stock in France. No wonder Brits regularly snap up period property across the region. 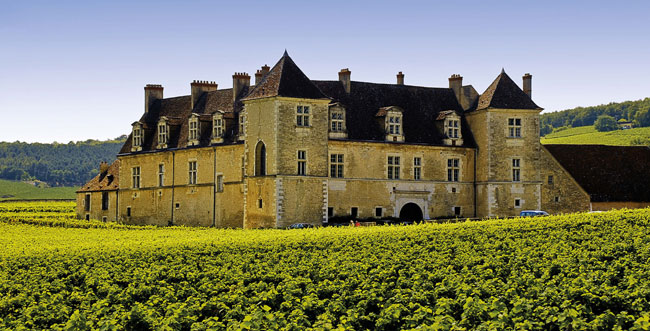 In the Middle Ages, the Duchy of Burgundy (or Bourgogne in French) was one of the wealthiest and most powerful states in all of Europe, controlling  huge tracts of territory that extended well beyond Burgundy into Picardy, Alsace, Lorraine and the Low Countries. At one point, during the Hundred Years’ War, it looked as if the Kingdom of France might become subsumed by Burgundy rather than the other way round.

Fast forward 600 years and modern-day Burgundy is now part of the Bourgogne-Franche-Comté region. Traditionally it comprises four départements: Yonne in the north, Saône-et-Loire in the south, Nièvre in the west, and Côte-d’Or in the east.

Yonne is dominated by its rolling countryside. It’s very agricultural, stretching right up to the edge of the Paris region, with Auxerre as its capital. Saône-et-Loire occupies the vineyard-rich area between the Saône and Loire rivers, with Mâcon and Chalon-sur-Saône its main cities. Nièvre, with its capital Nevers, is partly covered by the huge Parc Naturel Régional du Morvan. Finally, there’s Côte-d’Or, with its rising escarpment, the south-east-facing slopes of which give birth to some of France’s most famous wines. Both Dijon and Beaune fall within the latter. 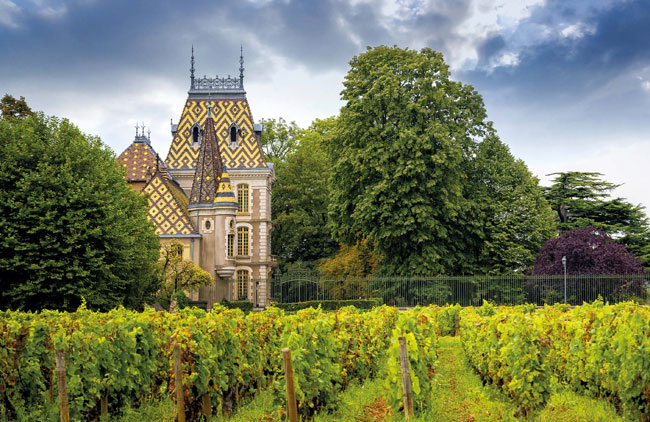 As with any French region, there’s a huge variety of period properties on offer, some already modernised, others ripe for conversion. Flush with cash? See if you have enough to impress the very confident estate agents in the region’s finest towns such as Vézelay, Ancy-le-Franc, Tanlay, Saint-Fargeau, Noyers-sur-Serein, Pontigny or Chablis.

If these risk blowing your budget, however, head away from the tourist areas and you’ll still find plenty of very pretty villages with gorgeous period stone houses.

The most popular département for both investors and holiday home-owners is Côte-d’Or, thanks to its world famous vineyards. Burgundy’s cheapest properties are normally found in the remoter rural areas of Nièvre. House prices rocket should you opt for spots near the most renowned vineyards or in well-preserved medieval villages. The towns of Dijon (with its university) and Beaune (with some rather chic townhouses) are both very popular.

Caroline Gigandet, who runs property agency Burgundy Home & Services (www.burgundy-home-services.com) sees the highest demand from buyers househunting in chic Beaune and Meursault. “There are beautiful period houses here,” she says. “Stone walls, wooden-beamed ceilings, fireplaces… lots of character.” A nice period house, with four or five bedrooms and a large garden, she says, might go for as much as €800,000. Gigandet has invested in Beaune property herself. As well as her main residence, she bought an old convent and converted it into a home that she now rents out to guests. 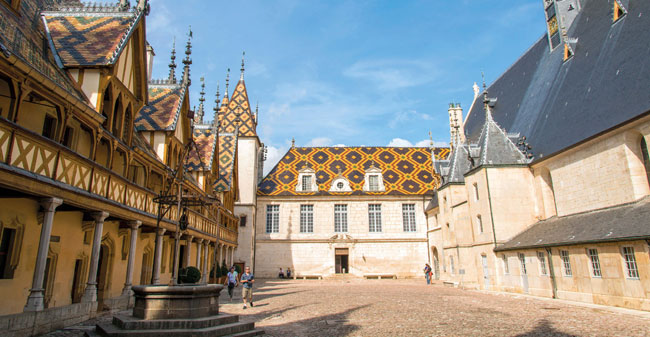 As for Benjamin Haas, director of estate agency Burgundy 4U (www.burgundy4u.eu), he has helped a large number of Anglophones purchase  refurbished period properties. “Prices vary in terms of location and view,” he says. “A smart, modern town apartment will cost around €300,000. If you’re lucky, you can get them for less. But then you need to invest to bring them up to date. The further you are from the vineyards, the lower prices become. For €300,000, at 30 minutes from the main vineyards, you can expect a large garden and maybe even a swimming pool. In the Parc Naturel Régional du Morvan, mostly within the Nièvre département, with its lakes and forests; or the Bresse area towards the Swiss border, where it’s flatter and criss-crossed by rivers, €300,000 can buy you a farm with a hectare or more of land.”

However, it’s worth noting that the Parc du Morvan is a protected area and properties within its boundaries fall under strict planning laws.

If Haas was investing in property himself, he says he’d opt for what he calls “the Golden Mile”: the villages south of Beaune such as Pommard, Meursault and Puligny-Montrachet. “These are still well known for their wine, they have restaurants and basic shops, but they’re away from busy Beaune, and from the main road and railway that comes down from Dijon.” He points out how the Côtes de Nuits and Côte de Beaune vineyards (known as the ‘Burgundy Climats’) are now a UNESCO World Heritage Site. “This ensures the area and its buildings keep their traditions. So, no supermarket square blocks here, or electricity lines spoiling the vistas. Even McDonald’s had to set up shop outside the area to respect these tough rules.” Burgundians have become extremely protective of their vineyards in recent years. It’s safe to say they’d rather see their precious grapes wither on the vine than allow foreigners to get their grubby mitts on them. 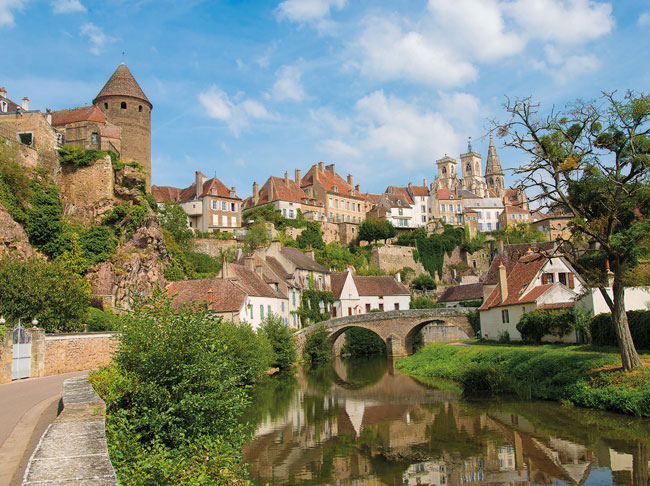 Semuren-Auxois is built around a medieval citadel. Its towers and ramparts overlook the town’s characterful period properties

There are rare exceptions, however. In 2012, Chinese gambling tycoon Louis Ng Chi Sing paid a whopping €8million for the Château de Gevrey-Chambertin and its accompanying vineyard, totally outbidding the local winemakers. “What would the Chinese say if French investors bought up 10 or 50 metres of the Great Wall of China?” one defeated rival is reported to have said – once he’d stopped spitting blood.

Caroline Gigandet once sold a property with a small adjoining vineyard in the Côte-d’Or village of Monthelie to an English investor. “It was a beautiful character house,” she recalls. “The local winegrower in charge of the vineyards decided not to purchase it, and now the new English owners have 120 bottles of wine a year. They are very happy.”

Benjamin Haas explains how it’s near impossible for Brits to buy a vineyard. “Unless you have millions in the bank and can afford one of the major houses at €10 million and more, houses with vineyards at affordable prices are not available, even for the locals,” he says. “Usually they go from family to family and never reach the market. Even if you manage to buy a wine plot, you cannot exploit it yourself; you need to be a qualified wine farmer to get the right to exploit the vines. This can be done by hiring somebody in.”

If you don’t manage to bag a vineyard, however, there’s plenty of characterful period property elsewhere in this beautiful region to keep you more than happy.

What Are the Main Property Types in Burgundy?

Robust Reds, Rustic Meats and Juicy Blackcurrants
Not quite everything in Burgundy is cooked in red wine. That said, you’ll fi nd plenty of vin rouge in the regional classics, such as boeuf Bourguignon (see below), coq au vin and oeufs en meurette. Meat inevitably dominates most menus with Charolais beef, boar, venison, pigeons and quails being very popular.

Sooner or later you’ll fi nd yourself enjoying the region’s escargots. Locals tend to fl avour these delicious molluscs with garlic and parsley butter. There are some wonderful local cheeses including Epoisses, Soumaintrain and Chaource. And don’t forget Dijon’s famous mustard.

For something sweet, you’ll want the Burgundian blackcurrants, used to fl avour everything from pâtisseries, tarts, jams and (as crème de cassis liqueur) mixed with champagne to produce a kir. 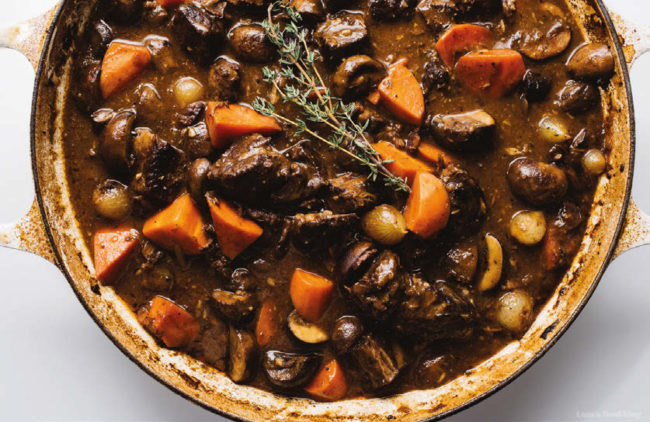 Nièvre has the cheapest property prices in Burgundy – €980 per square metre for houses, €884 for apartments. But there has been a rise of 1.4% in the past year.

Yonne is the only Burgundian département that has seen a drop in house prices over the past year (by 3%). Houses average €1,174 per square metre, apartments €1,249. Auxerre and the areas bordering the Paris region are the most expensive.

Inside Info – Running a B&B

Toby and Linda Belither moved to France back in 1992 and have been running Domaine De Varenne (www.domainedevarenne.fr) a B&B near the village of Saint- Amend-en-Puisaye for the past four years.

“It’s a heavily wooded region, very quiet and relatively crime-free,” Toby says. “There is no industry, apart from agriculture and forestry, and the roads are deserted.” The English couple bought their property already converted from the original farm buildings. Exposed beams and stone walls give it the character they and their guests love.

“We still have a stone feed trough in one of the sitting rooms,” Toby laughs. The B&B sits in 65 acres of grassland that is home to Toby and Linda’s sheep and donkeys. “The animals are great for entertaining small children. They like to be hand-fed by our guests.”

After living in France for 25 years, Toby has some valuable advice for other Brits wanting to make the move. He suggests buyers negotiate on the price of houses in November or December when the market is slow.

“Sellers will be happier to negotiate if they think there is a risk of having the property on their hands until the following spring.” It’s also wise to see property in winter when it’s not looking its best. “If you like an old house after all the leaves have fallen and the damp is starting to rise, then you’ll really love it in the summer,” he adds.

Proficiency in French is crucial for any expat. “Learn the language, and don’t expect people to speak English to you,” Toby stresses. “If you haven’t got children to help you integrate, try going to yoga or fitness classes, or joining the local ramblers club. Remember you have to deal with all the bureaucracy involved with moving to a foreign country when your French is at its weakest. But it will get better.” He also has an invaluable tip for hiring tradesmen: “Do not use plumbers, electricians etc from the UK, unless you want to be shunned by the locals.”