Caretaking a Gîte: A Week in the Life of a French Property Manager 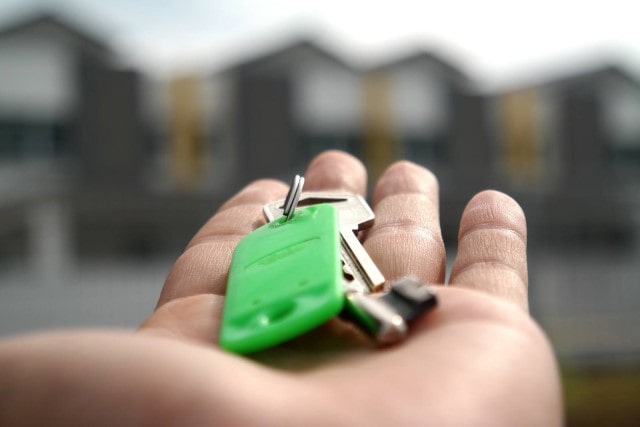 That Was the Week That Was…

Most of you will have some contact with holidaymakers in France during the summer, but in case you didn’t realise the background effort that goes into making sure their holidays are successful, a typical week in the life of a caretaker of holiday homes makes entertaining reading… (By Sally Stone, Les Bons Voisins)

A new lot of holidaymakers are in several of the properties we look after, they have our contact details and the mobile is with us at all times. We’re off gardening and a whole new week is about to unfurl. The unwritten law is that if you haven’t heard from people who arrived on Saturday, they have probably settled in ok.

An interesting aspect when you are caretaking a property for someone else, is how much time you “give” to their guests – that needs to be clearly understood since guests might well ring us up and say, ‘It’s raining. Where can we go to?’ And how do we charge the half an hour we take to run through some of the local tourist attractions? We can’t be rude to the guests but our client might take a dim view when it appears on his next invoice. I puzzle over that one as I viciously attack the weeds in the garden.

Interrupted by a call from a lovely family who are on their way out but have seen some big things buzzing around the living room of the farmhouse they are renting. I pop in after lunch and find several hornets. The pompieres no longer deal with these but refer you to local commercial firms. I ring one who tells me he can come tomorrow. The place is so out of the way, I fall back on an old favourite and arrange to meet him at the church so he can follow me – it’s easier than giving directions and I can’t waste time.

The family are charming and understand: the only room with a door is the kitchen, so they will spend the evening there. I take a detour on my way home to “borrow” a TV from a client’s empty house and drop it off for a family who arrived yesterday who thought there would be a TV (for playing DVDs) at their holiday cottage. They have a handicapped child and I realise that their break would be very different if they couldn’t have her watch some TV.

Off to meet the pest controllers. I loiter by the church but no-one turns up, so I ring their office. There’s been an accident en route for which they are very apologetic but the last thing they thought of was to inform me. I leave a note for the returning guests and set about making alternative arrangements. The only joy I get is someone whose wife says he will ring me when he gets home tonight. When the holiday makers get in, I get a phone call and for the first time, alternative accommodation is discussed.

I ring a friend who has just finished renovating a house that they intend to let next year. They agree to let it to my hornet family for the next 10 days, because by now I can see the solution is not going to be quick. Then I ring the owner of the property with the hornets to recount what is happening. The owner says that whilst I have dealt with the simple things in an adequate fashion, it seems the first time there is a real problem, I can’t cope. I mull over this injustice with a huge glass of wine before I tumble into bed. 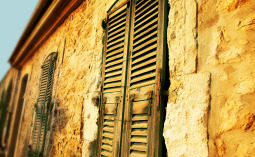 The second pest control person still can’t meet me today. The guests who have been so understanding can’t face a third evening in the tiny kitchen and it is their youngest child’s birthday. We decide they had better move and will make a claim against my client for the cost of renting the alternative property and I need to make sure my client is happy enough with me as I realise I am racking up a lot of hours which he needs to pay me for, solving “his” problem whilst he has lost the rental from this family.

On the outskirts of town I get a text from the owner of a house not usually let, whose sister is there with her adult son, his wife and children. Apparently they chose not to inform us direct but text their brother in the UK to suggest there were fleas in the house. This is not a total surprise because the property had been let as a favour during the winter to someone who unknown to us had a puppy and we had suspected it had left fleas behind and had treated the house the previous week. It obviously hadn’t worked.

My heart sinks but I call in on my way home. The owner’s sister is playing the aggrieved holidaymaker to perfection, although I know she is staying there free of charge. There are no pleasantries on my arrival, she launches straight into what is wrong with the house and especially the fleas. They have bought some powder, I can get some stronger “bomb” type treatment from the vet tomorrow but they will need to go out for the day. We agree that is what I will do.

First thing, I’m off to the vets for that flea treatment, let it off and have to return later and open the windows for ventilation. I meet the new pest control man who is charming, climbs into a suit reminiscent of Neil Armstrong on the moon, goes up a ladder and returns with the remnants of the hornets’ nest. I need to pay him 80 Euros for this, so what the client owes me is mounting up. I then go and open the windows of the house with the fleas.

That night, the phone rings at 1.30am. I turn over in bed and glimpse from the call sender recognition that it’s from the house with the fleas. What on earth are they doing, phoning me at this time? By the time I answer, they ring off and there is no message. I am really cross and take ages to get back to sleep. 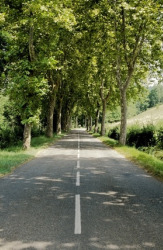 At 7.15am, the phone goes again – the same people. I answer, and the adult son is crying down the phone. Trying to find out what the problem is – nothing to do with fleas – it appears his wife was taken ill during the night and is being kept in the local mental hospital because she had hallucinations. Can I return with them to the hospital to translate? Of course, I say.

The first thing his mother says is that the flea treatment may have caused this. I promptly squash that idea and we travel 25kms to the hospital. They went out for a meal the previous evening, had crepes with mushrooms – the mushrooms are put forward as another explanation.

The young wife, Ros, had played cards with the rest of the family before going to bed but had been found in the corner of her bedroom, sobbing and alleging that her husband was going to harm her and her children. They had dialled my number but when I failed to answer immediately, had given up and called an ambulance.

I agree a strategy with the family: whatever is the matter, they want to get the patient back to the UK so we will play down the situation, tell them the ferry is booked for this afternoon (actually it’s tomorrow) and try and get her released. Ros confirms she is no longer frightened, and I have known the family for five years – she is obviously ill rather than in danger.

After two hours, a doctor asks Ros to go through the events of the previous evening. The doctor, obviously not concerned about medical confidentiality, pushes the blood test results across the table to me. These show the lady drank the equivalent of three bottles of wine, not two glasses, and that might have caused the problem. I can’t disagree.

All I have scheduled for the rest of the day is a meeting with a plumber to check on the dodgy boiler for a property which has guests arriving on Sunday. The plumber is delaying the start of his evening to have a look at it, after I explained that the guests arriving in 48 hours are families with babies (even if they weren’t, it got his attention!).

After much pursing of lips and switching of levers, the boiler is pronounced past its sensible repair date. The plumber suggests he could get the new boiler tomorrow morning and have it working by the end of the day. I know I am getting a huge favour because of the work we bring his way – will the owner realise I have used up a whole chunk of goodwill on their behalf so their holiday guests will be content? I doubt it. 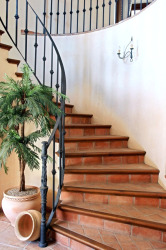 Guests in other properties are there for two weeks, the family with the sick daughter in law cleaned their property before they left, the house with the hornets wasn’t stayed in long enough to need a huge amount of cleaning and except for checking that the boiler replacement went ahead, it was a day for catching up on administration and trying to make sense of the last week.

I am able to go and clean the property ready for guests this afternoon, with lovely hot water from the new boiler, although I am worried about these guests who have just texted asking for directions to the nearest supermarket that is open on a Sunday. This is rural Brittany… Paris is probably the answer. I text back – tell me what you need and I will leave you what I can from my own store cupboard…
That was the week that was.

Gites de France: A Thing of the Past or Are Gite Owners Missing a Trick?