Where is best to invest in property in France? 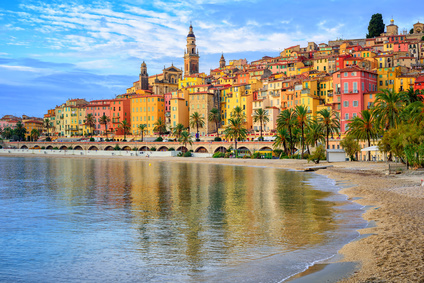 When it comes to choosing which part of France to buy an investment property there is no great mystery. You need to choose an area where people want to go on holiday in large numbers – or where there are plenty of jobs and a thriving local economy – and where communications and access are good.

Those, in essence, are the key elements to look for. And generally this will mean opting for tried and tested areas rather than buying in an obscure corner of the country and hoping that property trends catch up with you. Naturally, if you are a gambler and have money you can afford to lose, then choosing an unknown area may bring considerable rewards.

But most of us are better off going for the safety zones that are likely to guarantee – as far as anyone can ever guarantee – secure investment returns.

Among the most obvious places to invest in France are: Paris, the Côte d’Azur and the French Alps. As a capital city that is attracting a lot of business investment Paris is a mature investment market that promises good yields for the future. House prices have continued to rise there quite sharply and there is no obvious reason why the upward trend should not be maintained.

The Côte d’Azur has also long attracted foreign property investors. The key reason is the climate and the Mediterranean Sea. It’s an expensive area and thus hard to break into for a smaller investor but the rewards are usually secure and can sometimes be spectacular. Concerns over crime, the high level of property prices and the impact of any climatic change may need to be taken into account. But in general the Côte d’Azur still looks an exceptionally strong investment market.

The Alps has a specialist winter sports appeal that local developers and tourism officials have been trying to broaden with the development of summer activities too. This may in part be because of concern over the impact of global warming – though the ski resorts have been through scares about the abundance of snow before and survived. Prices have become so high in parts of the Alps that some people have preferred to invest in property a short distance away and then drive to the slopes.

However, though these three spots may be regarded as the ‘safest bets’ in France, they are by no means the only places worth having a look at.

A recent census in France confirmed a trend that is becoming ever-more marked in relation to French living habits – more and more people are moving to the coast. This suggests that in general terms the entire French coastline, from Dunkirk in the north to Biarritz in the south west, and from Perpignan to Nice along the Mediterranean, is a worthwhile area to consider when it comes to property investment.

Then there are the thriving cities. Marseille has become an investment hotspot in recent years having largely shed its dirty, crime-ridden image, and having started major development work. It’s also easy to get to from Paris by TGV.

In June 2007 Bordeaux, the capital of one of France’s finest wine regions, was made a World Heritage site and in the course of the years this – and the new tram system and redevelopment of the city – is likely to make it and the surrounding area a potential investment choice.

To the north east Strasbourg now has a high-speed TGV connection with Paris and this is likely to have an impact on prices. Other cities that are also now connected – for example Reims in champagne country – are expected to be affected too.

Indeed it’s always worth looking at where new TGV lines or stations are being planned in France. They often put up the value of property in the area. Lines that are being improved in the future include the one between Paris and Brittany and that between the capital and Bordeaux.

Regional airports that cater for low-cost flights can also do the same to home values. However one has to be careful here. Low-cost services can close as well as start up – with the result that a once easily accessible location suddenly becomes less easy to get to.

There is also a growing trend towards new build developments built around leisure facilities such as golf. As with all investment purchases you should check what other facilities are in the area and what access is like. Even golfing fanatics – and especially their partners – want something else to do besides golf.